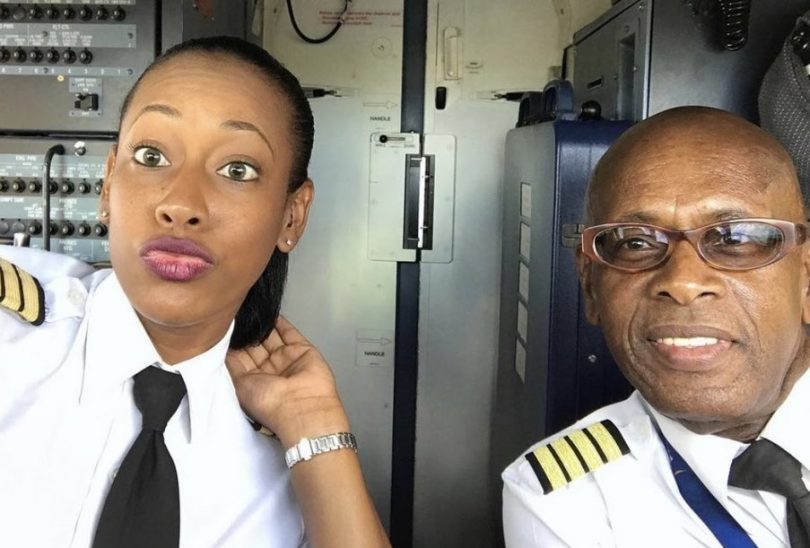 Pilot Wade Austin-McDonald received a Pan Am jet toy at the age of seven that would set him on the path as a pilot and an impressive career spanning 44 years. The story came to light when his daughter, Fiona Austin-McDonald, also a pilot, wished her father a happy 65th birthday and congratulated him on his retirement in a social media post.

“It has been an honor to fly with you,” wrote Austin-McDonald. “You’ve taught us how to work hard for what we want – passed on so much knowledge to many Caribbean men and women who became great pilots because of trainers like you.”

The airline industry has become very much a family business for them. The elder Austin-McDonald is a pilot, his wife is a flight attendant, and their children, son Antoine, and daughter Fiona, are both pilots. The father-daughter duo work for the same airline and he had the honor of conducting his daughter’s first-line commercial flight training.

The elder Austin-McDonald is a Guyana native that relocated to Antigua. His daughter became enamored with aviation through her father and was motivated to become a pilot herself. It was while she was working as a flight attendant that she first saw a woman in the cockpit – a young Jamaican pilot. It cemented her resolution to become a pilot herself and the father-daughter duo have flown many flights together.

During his long and distinguished career, Austin-McDonald passed on his extensive knowledge to many other Caribbean men and women, many of them Jamaican, who have also become pilots. Though he’s officially retired, the pilot of 44 years is looking to his next aviation career. He wants to continue in the field working as a flight operations inspector.

The Austin-McDonald family is among a growing number of individuals that are breaking down barriers of race and gender in the aviation industry. According to the FFA, in the U.S. only 3 percent of all commercial pilots are Black and females comprise 7 percent of that number.