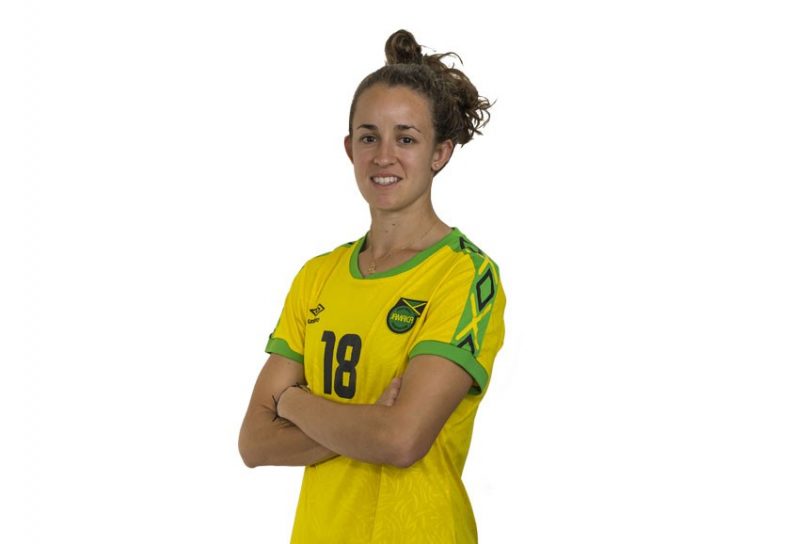 Jamaica’s Reggae Girlz player Havana Solaun was the last player selected to join the football team for its historic appearance at the FIFA Women’s World Cup competition, and now she is the first player in history to have scored a goal for Jamaica at the prestigious international event. While the Reggae Girlz had already secured their place in football history by becoming the first team from the Caribbean to play at the Women’s World Cup, their history-making participation was enhanced when Solaun put Jamaica on the scoreboard at the World Cup for the first time in history.

The addition of Solaun to the FIFA team was announced by the Jamaica Football Federation just 24 hours after the squad of 22 players was named to the final roster for the World Cup. She was not featured for Jamaica in 2018’s Caribbean qualifiers or in the CONCACAF Women’s Championships in October 2018 because authorities for Jamaica were waiting for clearance from FIFA.

Jamaican Havana Marguerite Solaun was born in Hong Kong in 1993 to a Cuban-American father and a Jamaican-born mother. Her first name honors her paternal grandparents. Solaun’s family moved to the US when she was two years old. She went to Buchholz High School In Gainesville, Florida, and was named by The Gainesville Sun to the All-Area Girls Soccer first team in 2010. Solaun then attended the University of Florida, playing soccer for the Florida Gators as a four-year starting midfielder. She received All-Southeastern Conference first-team honors in 2013 and 2014, and in the same seasons, appeared on the NSCAA All-South Region teams.

When Solaun was a senior in 2014, she registered collegiate bests in goals, achieving a total of nine, and points, making 27. These numbers ranked her second among the Gators in each of the categories.

When she was chosen 15th overall by the Seattle Reign FC in 2015’s college draft, she signed on with the team. The team’s head coach Laura Harvey said at the time that Solaun was a talented player “who is very good on the ball.” The coach noted that she was also conformable in possession and can keep control of the ball. Her player rights were traded to the Washington Spirit in 2016 and signed on with that team. She became a regular starting player for the Spirit and earned 24 appearances and scored six goals in her first season.

Originally, Solaun was eligible to play for the national teams of Hong Kong, the US, Cuba, and Jamaica. After the historic qualifying match for the FIFA Women’s World Cup by Jamaica’s national team the Reggae Girlz, Solaun was added to its training roster in January of 2019. She played her debut match on March 3, 2019, in a 3-to-2 friendly versus Chile.

Solaun scored Jamaica’s first-ever goal in a FIFA Women’s World Cup on June 18, 2019, just after coming on in the role of a second-half substitute against Australia.

After this final FIFA Women’s World Cup match, the next stop for the Reggae Girlz will be in the Pan Am games.