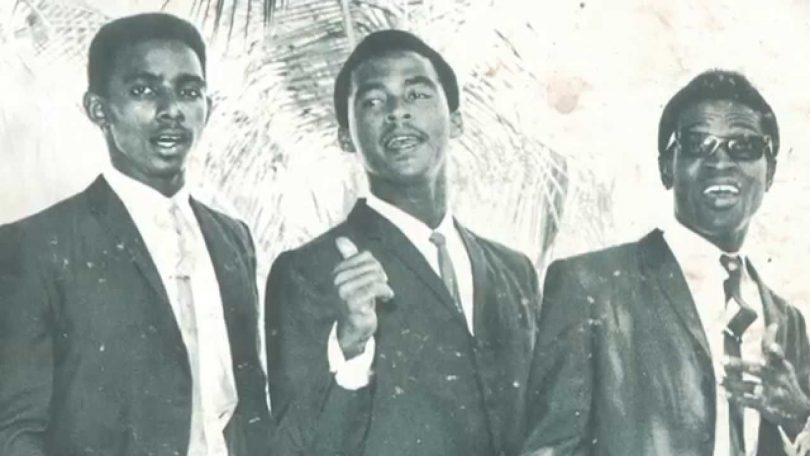 The Rock Steady music genre served as the bridge between Ska and Reggae. It evolved in 1966, and peaked by late 1968, despite the fact that many rock steady songs were released after 1968.  Musically, the instrumentalists of Jamaica, Tommy McCook and “Lyn” Taitt, in particular are credited with the creation the Rock Steady rhythm. Tommy McCook and the Supersonics were the resident recording band at Treasure Isle Records, the label most associated with Rock Steady. The song which telegraphed the change from Ska is, “I’ve Got To Go Back Home” by Bob Andy, which was recorded at Studio One in July 1966.


Harrison ‘Bibi’ Seaton, Winston Delano Stewart and Maurice Roberts. Their hit songs included “Hard to Confess”, “Lady in the Red Dress”, “Stop Making Love”, “You Should Never Do That”, “There’s a Fire:, “Joy In The Morning”; “Red Rose, and “My Jamaican Girl.”

Brent Dowe, Tony Brevette, and Trevor McNaughton. Their hit ,songs included; “Last Train To Expo 67”, “You Don’t Need Me”, “Come On Little Girl” “You Will Never Get Away”, “It Comes and Goes”, “Swing and Dine”, “Sweet Sensation”, “Rivers of Babylon”, and “You Have Caught Me”,

Winston Riley, Slim Smith, Franklyn White, Pat Kelly and Frederick Waite. Their hit songs included: “Little Did You Know”, “You Don’t Care”, “Queen Majesty”, “I Wish It Would Rain”, “It’s You I Love”, and “Love Is Not a Gamble” and “Traveling Man.”

Fitzroy “Ernest” Wilson and Peter Austin. Their hit songs included: “Rudie Gone a Jail”, “Sho Be Do Be”, “Rudie Bam Bam”, “You Can’t Be Happy”, and “Darling Forever” and “I am Sorry.”

Leonard Dillon, Neville Duncan, Wally Booker and Harold Bishop. In 1963 is one of Jamaica music most influential vocal groups. They spearhead the transition between Ska and Rocksteady. Their breakthrough international hit single “Train to Skaville” entered the U.K. Top 40 in 1967. Their other hits include three classics; “Everything crash”, “Bad to worse” and “Owner fi di yard” “Owe Me No Pay Me.” “No Baptism,” and, the percussion-driven “The Whip.”

Roy Shirley, Slim Smith, Jimmy Riley, Lloyd Charmers. Their hit songs included: “Girls like Dirt”, “Watch This Sound”, “My Conversation”, and “For What It’s Worth.”

Keeble Drummond, Elbert Stewart (baritone) and Vince Stoddart. They had two major hit songs: “Baby Why” and “What Kind of World.”

17. Judy Mowatt and the Gaylettes

Judy Mowatt, Beryl Lawson, Merle Clemenson. ‘Their hit songs included: “We Shall Sing”, “I like Your World’’ “Silent River Runs Deep” and “Son of a Preacher Man”

Cornel Campbell, Ken Pryce and Errol Wisdom. This group produced two of the biggest and most enduring Classics in Jamaicans music: “Stars” and “Queen of the minstrels.”

Dion (or Dionne) Cameron, Orville (or possibly Oswald) Robinson, and Joe Riley. They two major hit songs: ‘Do it Right’ and It Is Raining’ 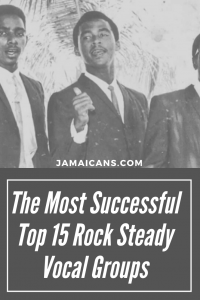