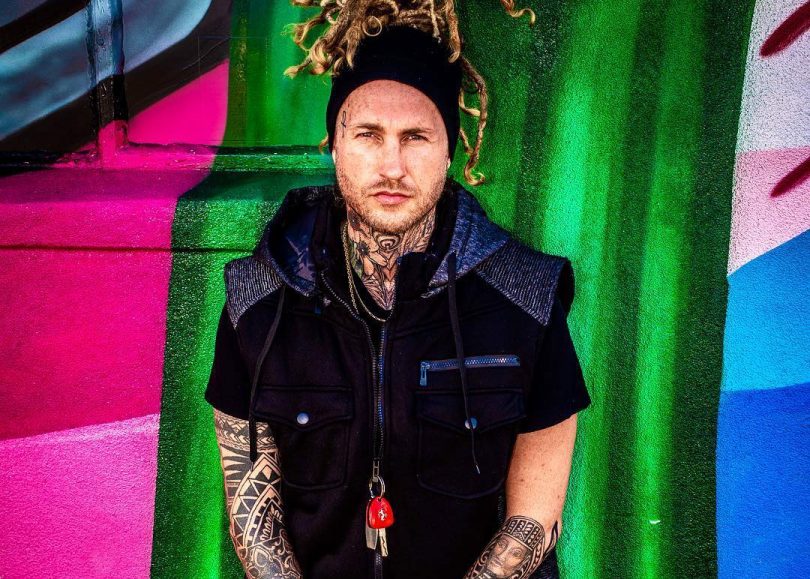 Iakopo currently resides  between Jamaica, Tokyo, and Miami. He was born in California, the son of  a music teacher, who trained him  to  play piano at the tender age of 3. After a difficult childhood, Iakopo was eventually adopted and raised by a Samoan family on the South Pacific island of Upolu Samoa, where   he  lived  an island lifestyle in a  small  village. Iakopo remembers life there as  being tribal and close to nature. There were no refrigerators, beds, TVs, or modern amenities. He did  not  have the noise of pop culture buzzing in his ear and  distracting him, which  allowed him to connect with, to see, to feel, to understand, and to process the world in an organic, filter-free way. “I think I benefited  from my  surroundings and the love that I received from the  people.  And I didn’t face typical Western world pressures - to hurry up and do or be this; I wasn’t on the clock. I was very free  to explore  and my mind was free  to imagine and create,” says Iakopo.

1. How did you get started?

I’ve always been into music. My mom plays the piano and I used to watch and listen to her. I would jump on the piano and play, then it evolved to the guitar where I started singing and writing songs. When I was in high school in Samoa, me and the boys at lunchtime would make a beat on the lunch table and rap and sing every day. One day my friend told me he wanted to introduce me to his uncle who was the band leader for a local band on the island that performed Friday and Saturday nights at a popular night club called Mount Vaea in Apia Samoa. They invited me to join the group as a third vocalist. We were playing the top 40 songs in a reggae style along with some other popular reggae songs as well. All through high school, I was performing with the band and that’s how I first started performing.

2. Tell us about your background?

I was born in Fountain Valley, California and lived there until I became a teen. Then I moved to the island of Upolu Samoa in the South Pacific where I was embraced with love and acceptance. I received a lot of encouragement to pursue my music. Reggae is very popular on the islands and that alone became more and more influential to me. As time went by I grew to be in tune with the messages that you hear in reggae music. From the likes of Bob Marley, it spiked my soul and became more relevant. It shaped my view of the world of music and allowed me to choose this path in life.

3. Who and what are some of your influences?

My first influence, as a child, that I remember was Jesus; reading the Bible and learning about his character, how he loved and healed and cared for people who were outcasted by society.

Later it became Kurt Cobain. I was in junior high school at the time and I identified with the angst and protest of the status quo in society.

Shortly after that, as I began high school, I came upon Tupac’s music and his messages.

Then finally I started getting more into reggae and Bob Marley’s message.

I recorded a song with Gramps Morgan and Jah Cure. We recorded the song with the band at Tuff Gong Label. The whole experience was very especially exciting. We made the music the first day. Gramps was producing it with the band and making some melody lines, and he told me to go back to my apartment in Kingston to write the song so that I could come with it ready to record with Jah Cure. The next day we made a song called “The World Must Change for World Peace”. When Jah Cure came out of the booth he had tears in his eyes after singing the line:

“Each man is my brother none the less the other

Love ye one another like there is no other

5. What style of reggae do you play most often? [Dancehall, Lovers, Rock, Conscious, etc.] What style do the majority of fans seem to prefer?

Good question. I listen to a lot of dancehall. Music is a free form of expression; no rules, just vibes and life, you know. I listen to Vybz Kartel, Sizzla, Mavado, Bob Marley, Gregory Isaacs. I listen to island reggae like Common Kings and Fiji as well. I listen to Buju too. I love all spectrums of the beautiful music we call reggae. My music is a fusion of them all!

6. Was the fact that Reggae is in Patois a barrier to members who have a non-Jamaica background?

7. Have you performed in Jamaica yet?

I have spent time living in Jamaica, recording, and done some performances with DJs at different clubs in Kingston and Montego Bay. However, I have yet done my own show there and that is something I am really looking forward to doing this year, whether festival and/or my own show. I’m excited for that. I always have a great time. Being part of the music in Jamaica bare vibes every time.