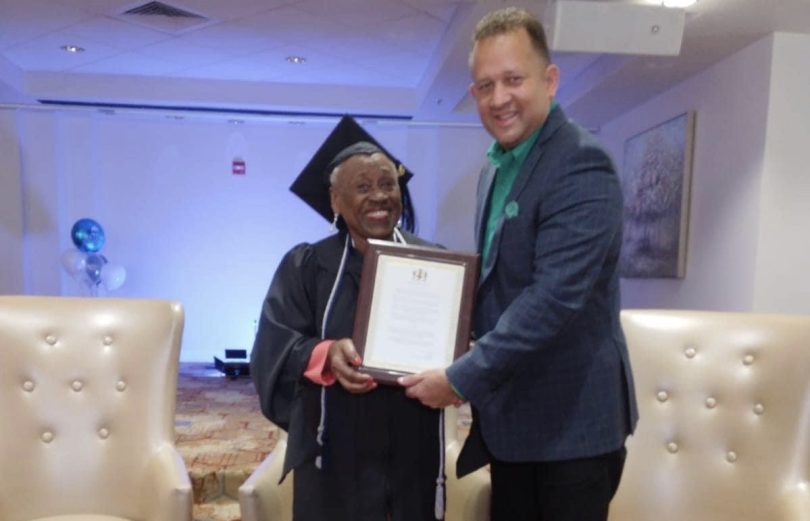 Edwards was born on October 5, 1925, in Portland, Jamaica, the youngest of three children. She was always curious, an avid reader, and an excellent student. She was the first in her village to attend school, Happy Grove High School, with a full academic scholarship. During the World War II years, she successfully passed the exams, which were known then as the Senior Cambridge exams and now as the Caribbean Secondary Education Certificate, which was required in order to continue on to higher education. Since the exams had to be sent to England for grading, there were concerns that the ship carrying them would become a war casualty, but her exam made it safely to England. 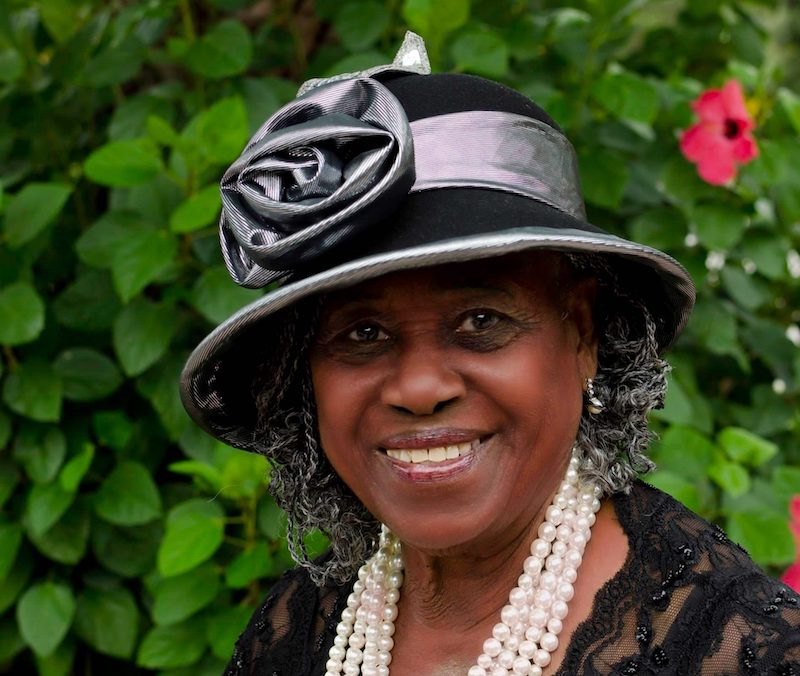 There was no money available for her to pursue her higher education, however, so Edwards entered the workforce and had a successful career in the Jamaica Postal Service, becoming the first female regional inspector to be appointed by the service. In this role, she supervised several of the post offices on the island. When she retired, she moved with her family to the US to seek more opportunities.

Edwards focused on her family, ensuring that her daughter went to medical school. Today, her daughter, Dr. Christine Edwards, is the medical director of the Florida Perinatal Center, LLC. Once Edwards successfully saw her daughter through medical school, she decided to go to college herself while working full time. Once again, however, a lack of funds stopped her from achieving her goal, and she left school with just one year left to receive a BA. She again devoted her energies to helping her daughter establish a medical practice and helping to raise her grandchildren. Recently, she again decided to return to college to get a degree before she reached 100 years of age.

Edwards was accepted by Mercy College as a transfer student but was unable to transfer all of the 84 credits she had previously earned at the College of New Rochelle and had to settle for an Associate of Science degree. She received the degree from Mercy College with the highest honors and a 4.0 grade-point average.