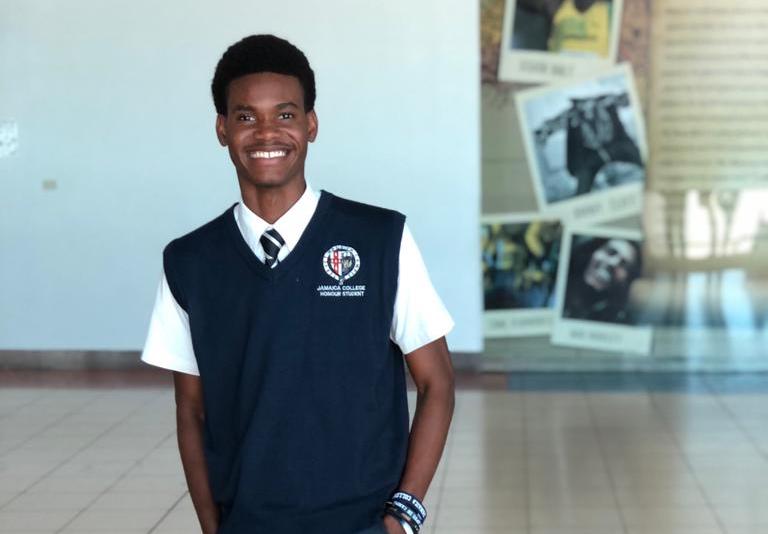 J’Voughnn Blake, 19 and a student at Jamaica College and the winner in the Boys’ Under-20 800-meter event at the CARIFTA Games at Kingston’s National Stadium on April 18, 2022, has big plans: to become a molecular biologist, saying, “I am fascinated by life and looking into the small things that make it happen.”

His success in the 800-meters combined with his remarkable academic record in November of 2021, when in addition to his athletic achievements, Blake earned grade one passes in five CAPE examinations: biology, chemistry, physics, mathematics and computer science, achievements he said resulted from his being “driven.” His head coach Neil Harrison said Blake has “intrinsic motivation and he just works hard.” Harrison also noted Blake’s priority in putting an emphasis on academics; Blake often says that he and his teammates are “students first and athletes after.” 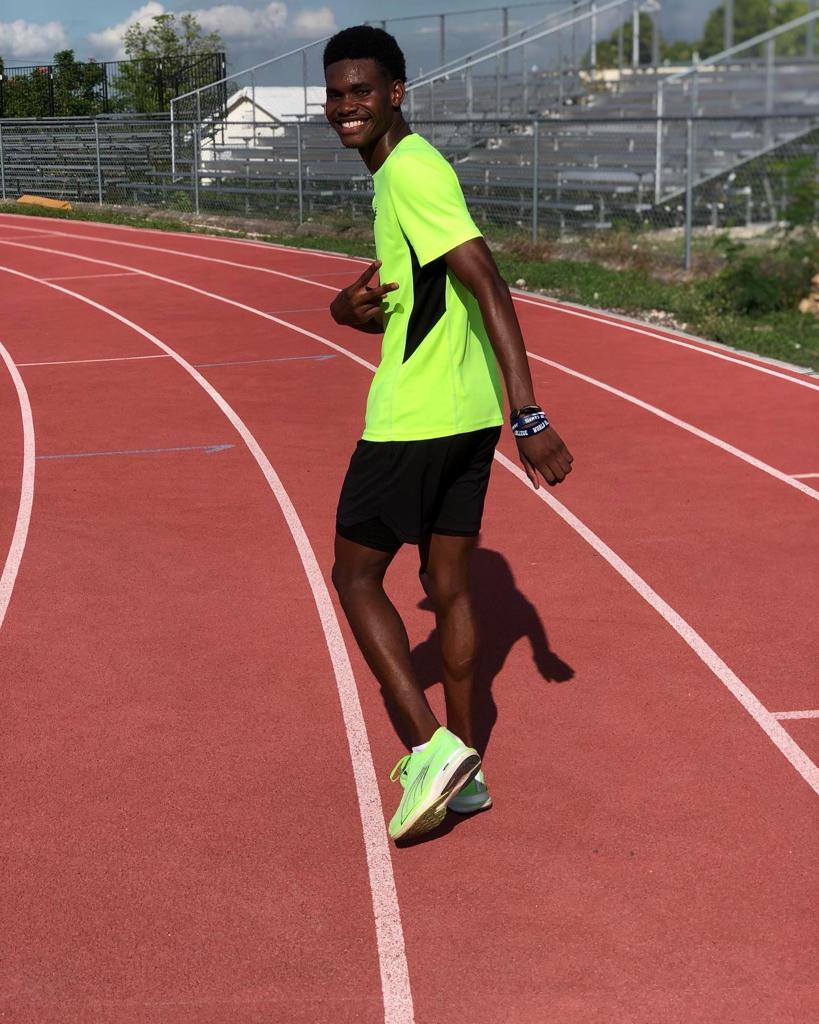 Blake’s middle distance coach, Dwayne Johnson, said he has been impressed from 2014 when he first recognized the athlete’s potential. He emphasized Blake’s school academic record, noting that he went through school with a 4.0 GPA, top scores in CSEC, grade ones in 15 subjects, and his five grade one CAPE level exams.

In his immediate future, Blake plans to get some rest following the competition and hopes to break the record for the 800-metes, which stands at 1:46.00 minutes, this year. He stated that he had done his best to break the record, but his body could not come through for him. Noting his disappointment, he added that his body is likely tired and that he believes just getting some rest will help him attain his goal. 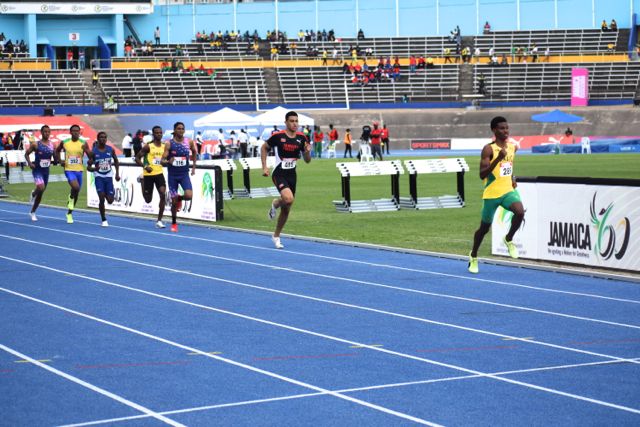 J’Voughnn Blake at the CARIFTA Games – Photo By Nick Ford

Blake has already had a phenomenal season, winning the 1500 and 800-meter double at the CARIFTA Games just a week following wins in the same events at the ISSA/Grace Kennedy Boys’ and Girls’ Athletics Championships. In spite of his achievements, however, Blake has not met the goal he created for himself for the 2022 season, which is breaking the 800-meter record. His personal best was a time of 1:47.62 over that distance.

Blake is ranked fourth in the world among junior competitors, and he said he hopes to achieve the 1:46-minutes time at the National Trials for 2022, or even before. He believes he has time to get ready for the attempt. Jamaica will hold junior trials in preparation to fielding a national team at the World Junior Championships in Cali, Colombia, in August of this year.

Commenting on his Carifta performance and his future competitions, Blake said he believes in his coach and feels that he “should have been able” to hit the 1:46 record time by now. However, he added that he plans to be in top shape by the National Trials and will remain patient until then. He described his first lap at the Carifta Games as too slow, noting that it should have been run in a flat 52 seconds. 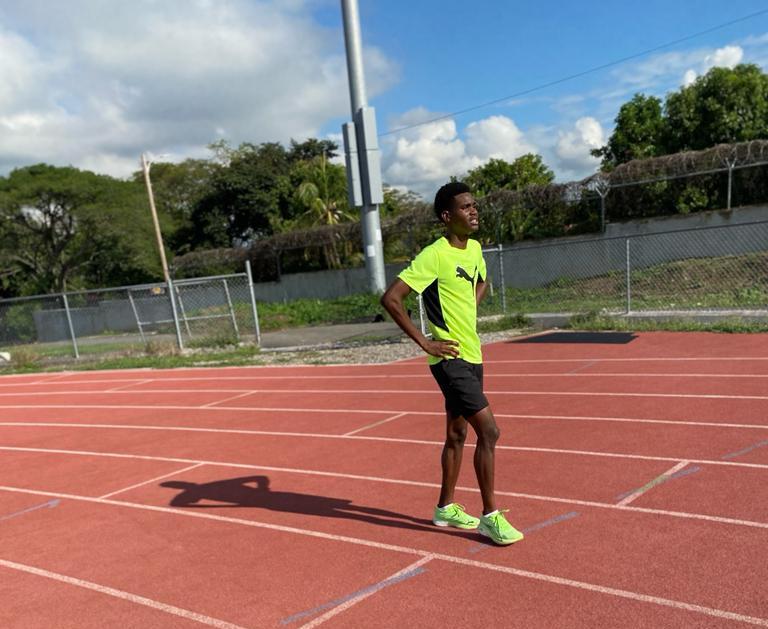 Blake is not dwelling on past performance, however, and plans to keep doing what he is already doing in terms of training, getting more rest, and hitting his target time by the World Juniors competition.

Blake’s dream of becoming a Molecular Biologist could become a reality as he starts his college journey soon. He has received numerous scholarship offers but has yet to make a choice. 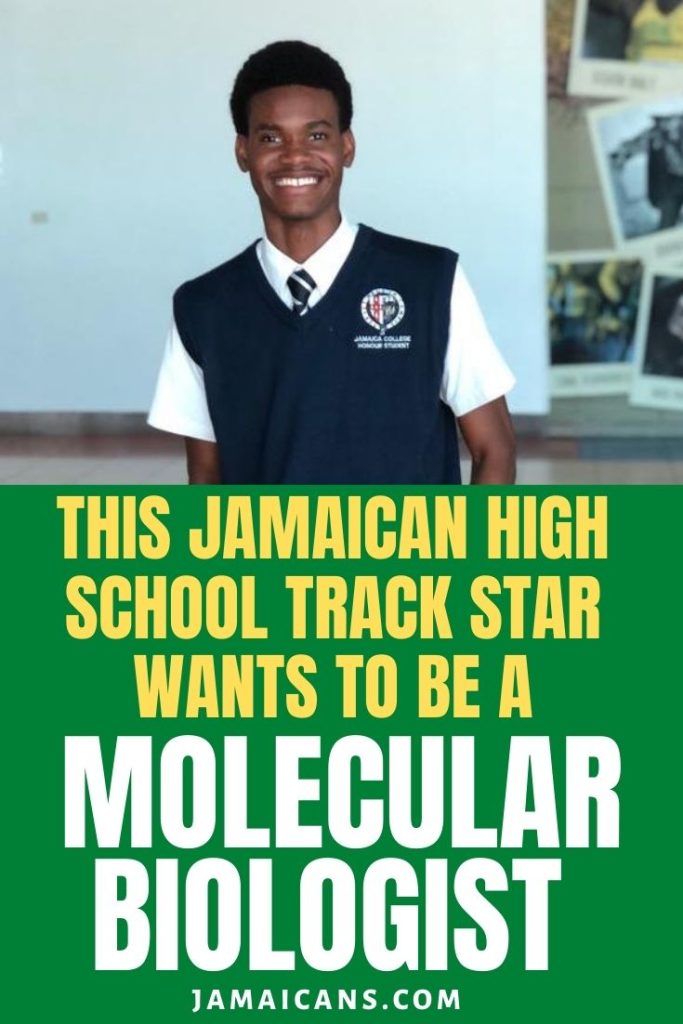