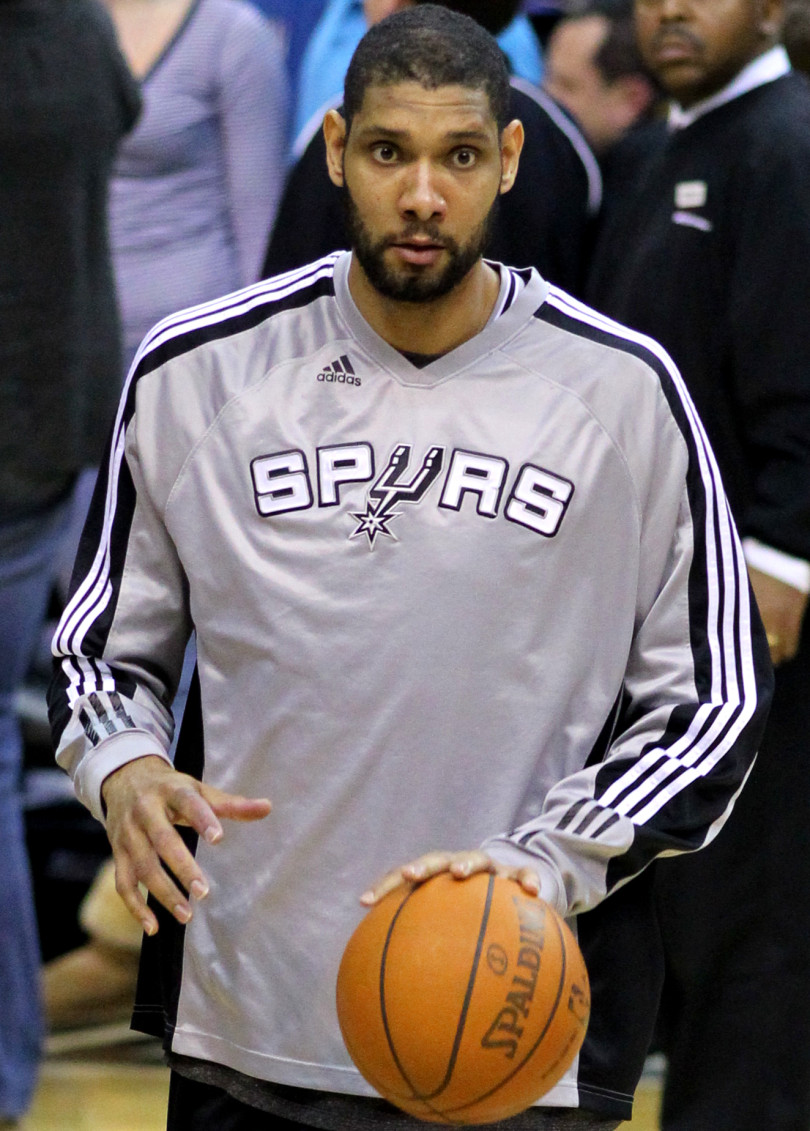 “He shoots, and he scores!

Standing 6ft 9 inches,Timothy Theodore “Tim” Duncan has led the San Antonio Spurs to multiple championships and is widely hailed as one of the greatest power forwards in NBA history. He became the first player in the NBA to be selected to the All-NBA team and All-Defensive team in each of his first 13 seasons in the league. He also won his third NBA Finals MVP Award in 2005 and his fourth NBA Championship in 2007. He was selected to 14 NBA All-Star games between 1998 and 2013 and named NBA MVP in 2002 and 2003.

He is the only son born to Lone, a midwife, and William Duncan, a mason; he has two older sisters, Cheryl and Tricia. He was born and raised in Christiansted, a town on St. Croix, one of the main islands composing the United States Virgin Islands. In school, Duncan was a bright student and excelled in his studies.

Duncan started out as a swimmer and only began playing basketball in ninth grade after Hurricane Hugo destroyed the only Olympic-sized pool on his home of St. Croix, U.S. Virgin Islands. He soon became a standout for St. Dunstan’s Episcopal High School, and had an illustrious college career with the Wake Forest University Demon Deacons, winning the Naismith College Player of the Year, USBWA College Player of the Year and John Wooden awards in his final year. Duncan graduated from college before entering the 1997 NBA draft as the number one pick.

Off the court, Duncan is known for his quiet and unassuming ways, as well as his active philanthropy. He holds an honor degree in psychology and created the Tim Duncan Foundation to raise general health awareness and fund education and youth sports in various parts of the United States.