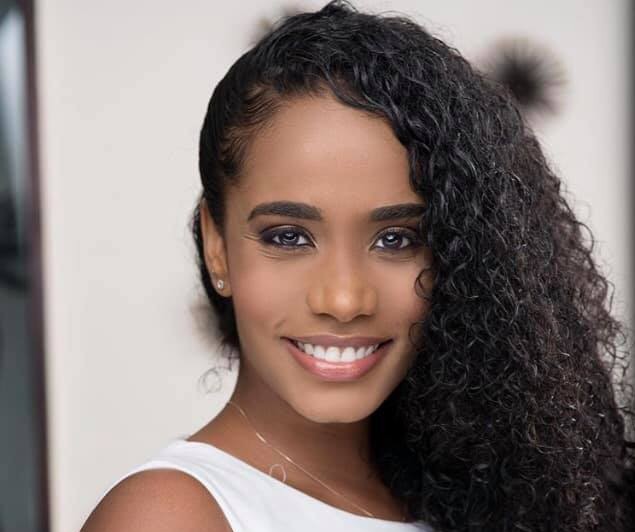 Toni-Ann Singh has been crowned Miss Jamaica World 2019 during ceremonies held in London, United Kingdom. The 23-year old was born in Morant Bay, St. Thomas and is a recent graduate of Florida State University (FSU). She immigrated to the United States 14 years ago.

Singh competed against a field of 16 hopefuls to earn the crown. Prior to the Miss Jamaica World pageant, she’d competed in the Florida Caribbean Association competition. A judge at that contest and a former Miss Jamaica World winner in 2005, Terri-Karelie Reid, urged Singh to enter.

The crowning of Miss Jamaica World was held before a capacity crowd with the theme of Jamaica Jamboree, and held in honor of Miss Jamaica World co-franchisee, Aston Cooke, who died in Feb. 2019. Singer Dimaro McDowell performed a medley of rocksteady and reggae songs during the event and actor and comedian, Christopher “Johnny” Daley, provided the entertainment.

The new 2019 Miss Jamaica World studied psychology and women studies at FSU and was taking a year off before continuing her medical school education. She displayed her considerable vocal and musical talents during the competition and received top awards in the talent and personality portions of the pageant, and as the most photogenic. Roshelle McKinley and Alanna Wanliss was the first and second runner up, respectively.

Traditionally, five top contenders are named as finalists, but this year judges named six women as finalists when a tie occurred. In addition to Singh, McKinley and Wanliss, contestants Soyini Phillips, Brianna Knight and Kadijah McIntosh were chosen to participate during the interview portion of the competition.

Singh will now go on to represent Jamaica in the Miss World competition on Dec. 14, 2019, to be held in London, England at the ExCel London exhibition and international convention centre. The 23-year-old is the 58th woman to represent Jamaica in the pageant. The Miss World contest is the oldest existing major international beauty pageant, founded in the UK in 1951 by the late Eric Morley. 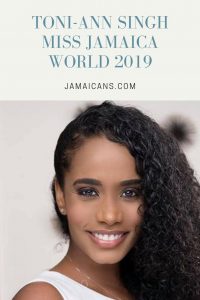