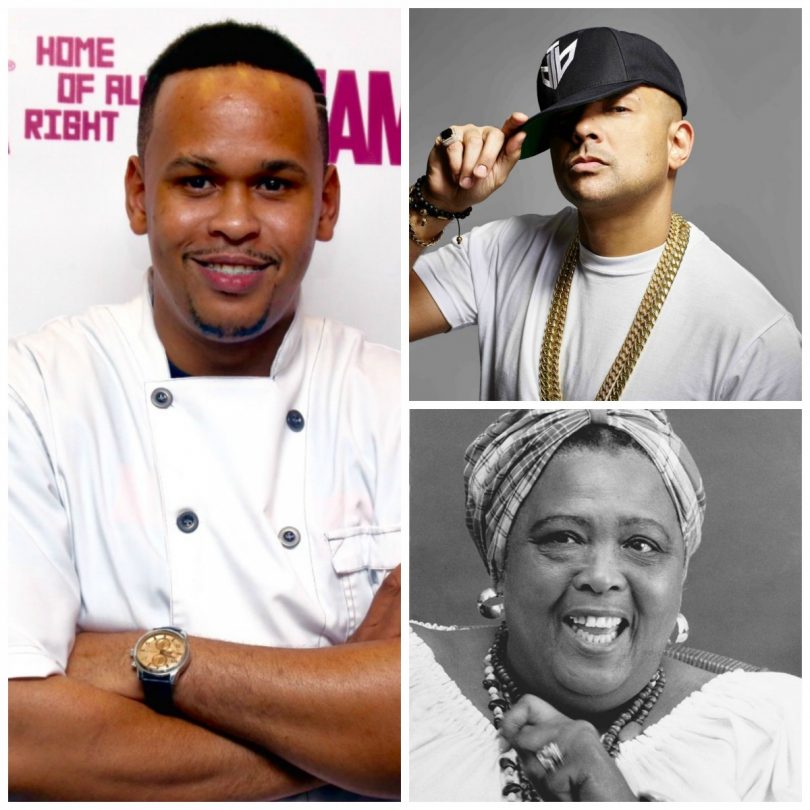 Jamaica’s always creative arts community saw several milestones in 2016. The year began with controversy about a British singer being named Reggae Artiste of the Year by Billboard magazine. The legendary Peter Tosh was honored with his own museum dedicated to exhibits of his life and work. The KingstOOn Film Festival showcased the animation talents of Jamaicans, and a Jamaican-born chef was selected as a finalist on the US-based Food Network cooking competition “Chopped.” Jamaican poet and author Olive Senior made history when she became the first Jamaican and only the second woman to win the OCM Bocas Prize for Caribbean Literature. The Marley family participated in its first photo shoot in five years for a feature article in GQ magazine. The 97th anniversary of folklorist “Miss Lou” took advantage of new technology to celebrate with an “online party.” Reggae Sumfest was named the best concert of the year at the International Reggae and World Music Awards (IRAWMA). Sean Paul became the “most successful” Jamaican artist, surpassing the legendary Bob Marley in record sales. No Musgrave Award was given in 2015, and the Jamaica Folk Singers marked 2016 by preparing to celebrate 50 years of performances in 2017.

SELECTION OF BRITISH SINGER AS REGGAE ARTISTE OF THE YEAR ANGERED FANS
When Billboard Magazine named Britain’s Joss Stone as 2015’s Reggae Artiste of the Year, it unleashed considerable anger among local fans and reggae’s supporters around the world. Many fans took to social media to vent their outrage at the decision; some called it an insult to reggae veterans and legends. Billboard noted that the category is based on record album sales during the year and that Stone’s album “Water for Your Soul” had the highest sales figures for 2015 in the reggae genre.

PETER TOSH HONORED WITH MUSEUM IN KINGSTON
Global music legend and Jamaican Peter Tosh was recognized with a museum honoring his life and work. Tosh was a founding member of the Wailers. The Peter Tosh Museum opened on October 20, 2016, the 40th anniversary of the release of his song “Legalize It.” The museum, located in the Pulse Center in Kingston, represented a collaborative effort between the Peter Tosh Estate and Pulse Investments. After the museum opened, the Pulse Center was renamed Peter Tosh Square as well. The museum provides the opportunity for reggae lovers to see Tosh’s M16 guitar, his unicycle, and other artifacts and memorabilia of his life. The museum features audio and video recordings of Tosh in performance. Tosh received the Order of Merit posthumously in 2012.

2016 KINGSTOON FILM FESTIVAL SHOWCASED INGENUITY, CREATIVITY
Young Jamaican creatives, storytellers, and others, joined an international group of participants at the biannual KingstOOn Animating Creativity Conference on the campus of Edna Manley College of the Visual and Performing Arts (EMC) to highlight their creativity and to learn and develop their talents even further. According to Antonia Morales, a speaker at one of the event sessions, it has become relatively easy for anyone to produce animations, and Jamaican youth took full advantage of the opportunities presented by the Internet to develop skills useful to storytellers of all types. Animation has become a lucrative business, but it is the “desire to tell a story” that motivated the festival’s participants. Several of the film entries in the Caribbean Short Film category were by Jamaicans, including Coretta Singer’s “Tale of Shadows,” Kevin Jackson’s “The Maroons,” Robert Brown’s “A Link between Pokemon” and “Mattis.”

JAMAICAN-BORN CHEF SELECTED FOR “CHOPPED” CHAMPIONS TOURNAMENT
Andre Fowles, Jamaican-born chef, returned to the Food Network television competition series “Chopped” to participate in Season Five of the Champions tournament. He was one of 16 previous winners on the program to return for the five-part tournament competition. Fowles won the “Cooking Caribbean” segment of “Chopped.” He grew up in Kingston and received his inspiration to become a chef from his grandmother, who is the resident sous-chef at Miss Lily’s.

JAMAICA’S OLIVE SENIOR WON OCM BOCAS PRIZE
Olive Senior, Jamaican poet and author, made history as the first Jamaican and only the second woman to win the OCM Bocas Prize for Caribbean Literature. She won for her book “The Pain Tree.: The announcement was made at the Bocas Literary Festival in Port-of-Spain, Trinidad and Tobago. The prize includes US$10,000 from One Caribbean Media. The Institute of Jamaica (IOJ) congratulated Senior, its former managing director of publications and a winner of the Gold Musgrave Medal in 2004. The Institute also congratulated Jacquiline Bishop, Jamaican-born photographer, painter and writer, for her win in the non-fiction category at Bocas

FIRST PHOTO SHOOT IN A DECADE HELD BY MARLEY FAMILY First Photo Shoot In A Decade Held By Marley Family

The family of Bob Marley participated in their first photo shoot in more than ten years, reuniting for a major spread for GQ Style’s debut issue. The issue featured several of Bob Marley’s sons, daughters, and grandsons. The family was outfitted in high fashion from Gucci, Valentino, Dolce & Gabbana, Burberry, and Ralph Lauren. According to firstborn son Ziggy Marley, he does not feel any pressure in being Bob’s son because “this is a family” and nothing has really changed among the family members. “Each individual is important,” he said. He described a definite hierarchy of “elders,” however, with Cedella, himself, and Sharon included. Cedella heads Tuff Gong enterprises and the MarleyNatural cannabis brand, among other projects, and is the driving force behind the family’s businesses. The 97th anniversary of the birth of Louise “Miss Lou” Bennett Coverley, one of Jamaica’s cultural icons, was celebrated with what the Jamaica Cultural Development Commission (JCDC) called “an online party.” The celebration used social media and live-streaming of a tribute concert that allowed people around the world to participate in the event. According to Stephen Davidson, JCDC director of marketing and public relations, Miss Lou is one of the most beloved Jamaican cultural icons, and everyone knows at least one of her poems. The JCDC recognized the power of social media in bringing island culture to Jamaicans in the Diaspora and to young people in general, as well as others around the world who are interested in Jamaica. The relevance of Miss Lou’s legacy will be maintained and expanded the use of these new communications technologies. Some of the most renown individuals in the private and public sectors and the entertainment industry were urged to celebrate Miss Lou by providing videos of them reciting their favorite poems, which were featured during the online party. The live tribute concert included Christopher ‘Johnny’ Daley, The Jamaica Youth Theater, Deon Silvera, Tivoli Dance Troupe, JCDC gold medal performers, and members of the local theater scene. Miss Lou died in 2006 in Canada and is buried at National Heroes Park in Kingston.

NO MUSGRAVE MEDALS AWARDED IN 2016
The Institute of Jamaica (IOJ) decided not to award any Musgrave Medals for 2016 and moved the ceremony to May 2017. On that date, the ceremony will contribute to the promotion of Jamaica’s 55th anniversary of political independence. According to Vivian Crawford, the acting executive director of the IOJ, the new date will also coincide with the month-long celebration of the Institute’s own founding. The Musgrave Medal originated in 1889 and was named for Sir Anthony Musgrave, founder of the Institute and former governor of Jamaica. The Musgrave is one of the oldest medals to be awarded in the Western Hemisphere. The Institute gives out gold, silver and bronze medals. Gold medal winners in 2015 were Professor Orlando Patterson, writer and sociologist, and the musicians Sly Dunbar and Robbie Shakespeare. Silver medal winners in 2015 were jazz singer Dr. Myrna Hague Bradshaw, photographer Donnette Ingrid Zacca, poet Dr. Ralph Thompson, medical doctor Anthony Vendryes, choreographer Patsy Ricketts; and architect Errol Charles Alberga Jr. The first person to win a gold Musgrave Medal was Edna Manley. Sean Paul surpassed legendary reggae musician Bob Marley and became the most successful Jamaican artist in terms of record sales. Paul received his third Number One recording in the United Kingdom, “Rockabye,” with the Clean Bandit electronic group. Paul signed on with Island Records and had 12 Top Ten hits to date. He received credit on 28 songs listed in the Top 40. In addition, Sean Paul collaborated on recordings with stars like Beyonce, Beenie Man, DMX, Mr. Vegas, and Akon.

JAMAICA FOLK SINGERS PREPARED TO CELEBRATE 50TH ANNIVERSARY IN 2017
The Jamaica Folk Singers is one of the groups that comes immediately to mind when thinking about the island’s folk music. According to Christine McDonald Nevers, the musical director for the group, said it has been performing for 49 years and will celebrate its 50th anniversary on March 15, 2017. A year-long celebration of the group is designed to include an anniversary and memorial service to honor its founder, Dr. Olive Lewin, a special concert season, and a series of tours overseas. The group continued to work on putting out a CD, having a reunion and plans to give free performances throughout the island. The group comprises 25 people, including conga drummers and guitarists.