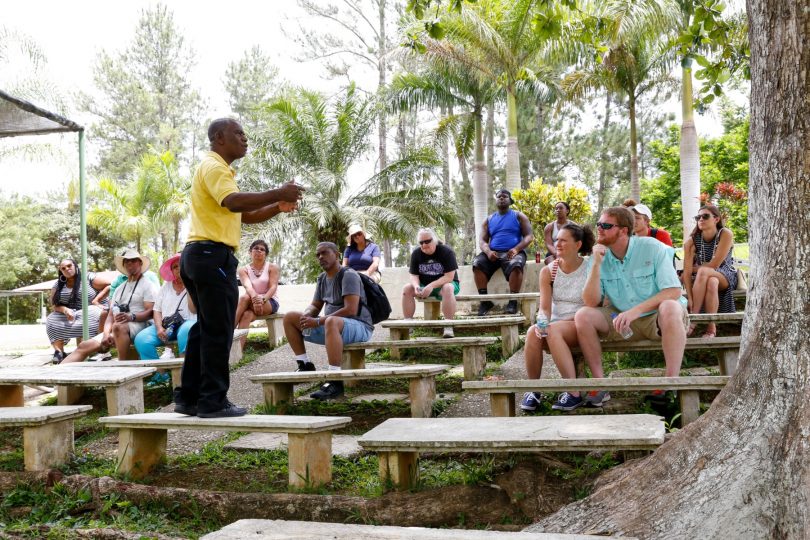 At the end of a not so long and winding drive, less than an hour from the city of Montego Bay, The Croydon Plantation sits nestled in the hilltops of the Catadupa mountains of St James. As we learned from our very eloquent and surprisingly hilarious tour guide Winston, the plantation was originally meant to be populated with pine trees. However, the owner, who bought it and began planting in the 80s, realized that with this plan, he would have to wait over 20 years to collect on his investment. So instead, along with the pine trees, he began to interplant delicious local fruits and other crops. These included multiple varieties of pineapple, coffee, naseberry, guava, soursop, and carambola. They also grow flowers like red ginger, yellow bird, bird of paradise, and pink sexy. Yes, that’s actually the name of the plant!

During the afternoon, Winston skillfully educated guests on issues like the importance of the bee population and invited us all to learn how Jamaican pineapple drink and ginger beer are made from scratch. He also elaborated on how different our organically grown fruits are from under-ripe, preserved and processed fruits that we typically consume in the US. As a testament to the reality of that, guests on the plantation tour said that the highlight of the trip was getting to taste 6 types of freshly cut pineapple from the 18 varieties available on the property.

All in all, it was a lovely afternoon out. If you’d like to see it first-hand, take a look at the photos we have put together, courtesy of photographer David I. Muir. Then make your way to the Croydon Plantation outside of Montego Bay, Jamaica. Fun times! 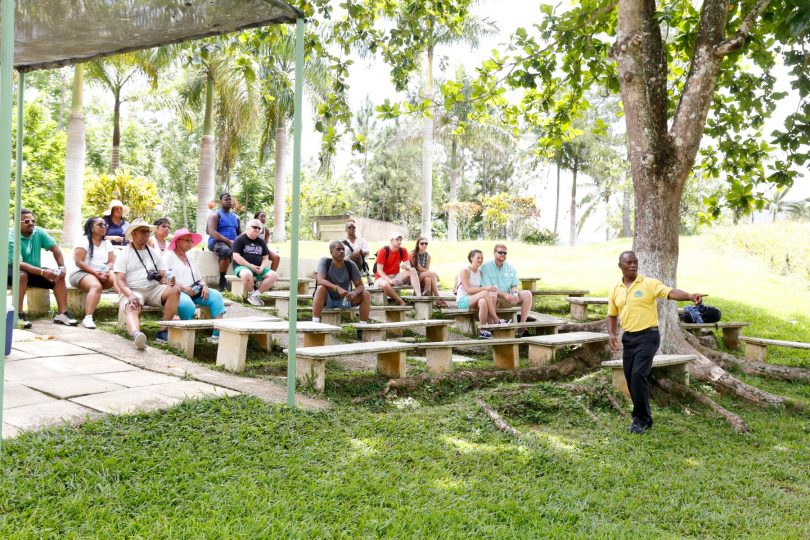 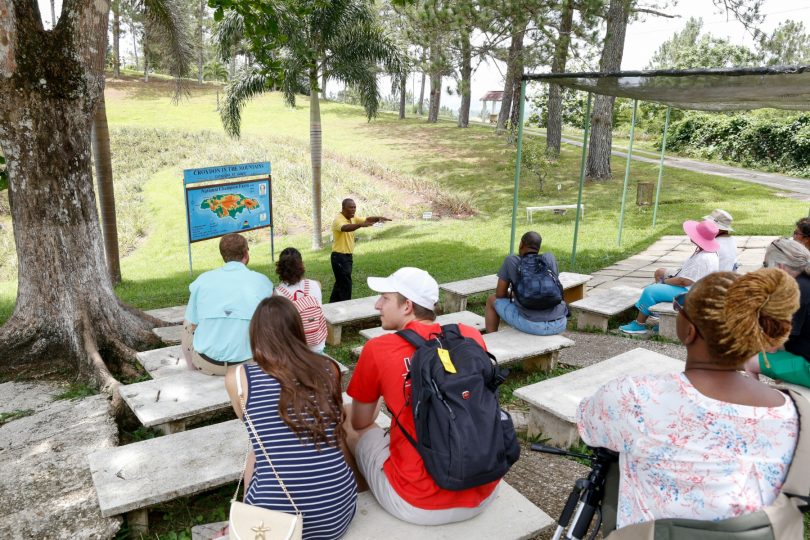 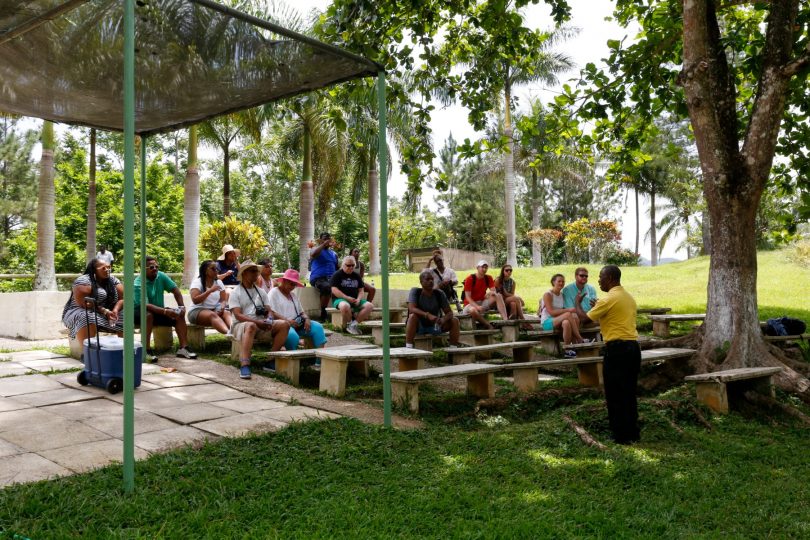 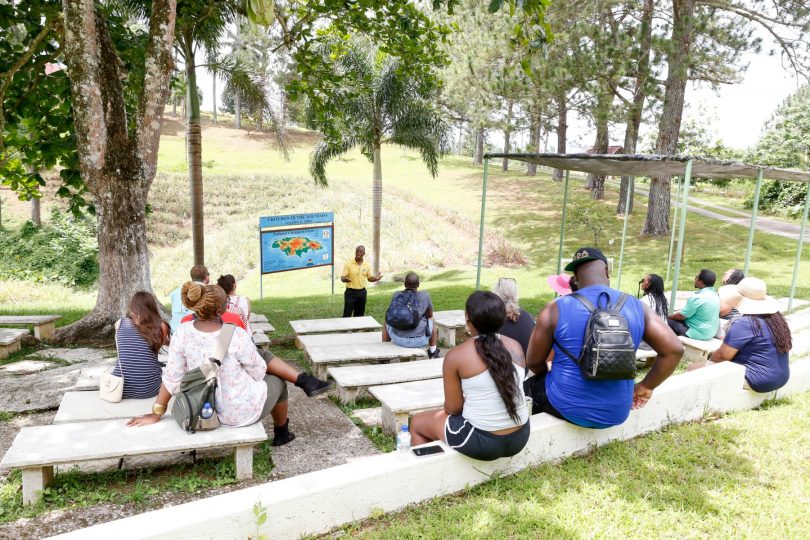