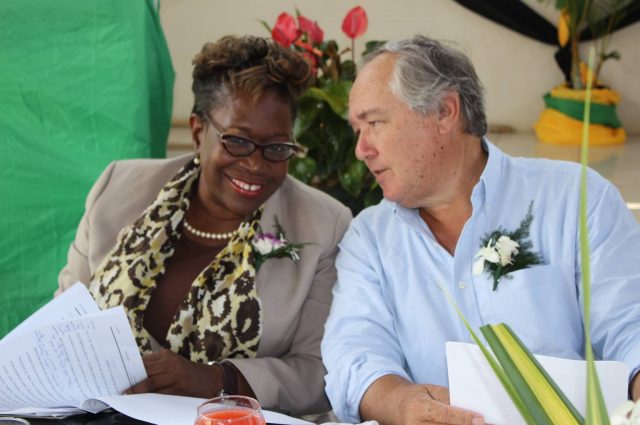 Custos of Trelawny, Hon. Paul Muschett, has hailed the parish’s Justices of the Peace (JPs) for their contribution to nation building.

“The Justices of the Peace are the true pillars of their community,” Mr. Muschett said. “For years, they have been giving yeoman service to this country and are due every respect. We also have to remember that this is voluntary service, which makes their work even the more meaningful,” he noted.

Mr. Muschett was speaking at an awards ceremony to honour four veteran JPs of the parish held recently, at the New Testament Church of God in Clark’s Town.

The JPs, who have served a combined 163 years are: Evelyn Spence,  47 years; Delroy Anderson, 42 years, and Fitzroy Buchanan and Pastor Ezra Blake, who have each served for 37 years.

Regional Vice President of the Lay Magistrates Association of Jamaica, Dr. Lynden Rose, said the JPs have shown “unwavering devotion to their country and have tirelessly been answering the call of duty for decades.”

“Justices of the Peace have been some of the true stalwarts. They act as Lay Magistrates, they certify and confirm identities, they are like the faces of the community,” he noted.

Director of Public Prosecutions (DPP), Paula Llewellyn, in extending commendations to the country’s JPs, said they are true role models and whose work should be emulated by many in civil society.

She encouraged them to continue to put service above self and to never be afraid to lead.

“Never let your fear of failure prevent you from optimising your potential or from maintaining the audacity of hope,” she said.