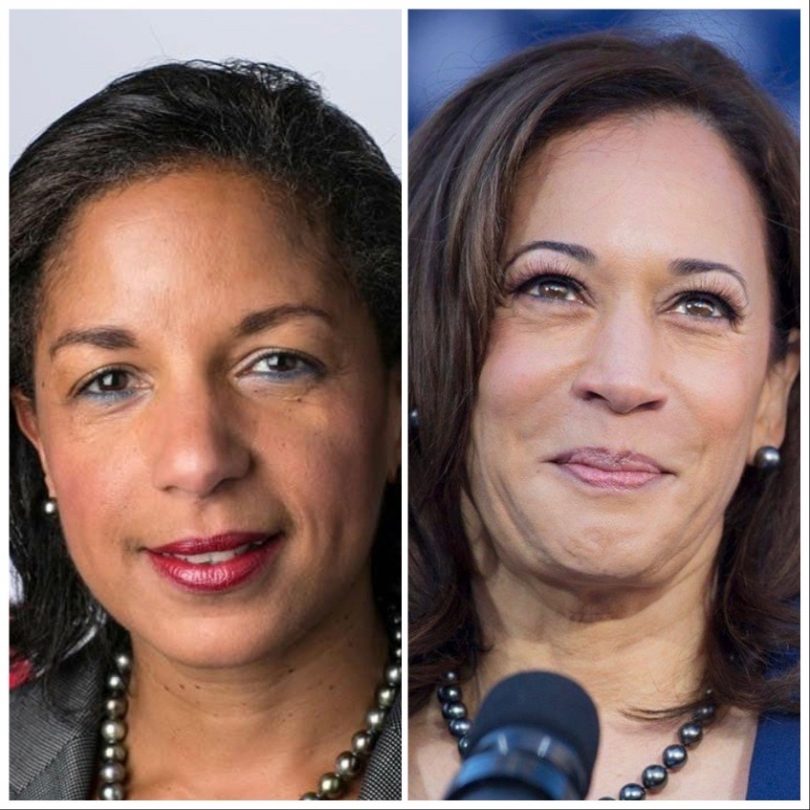 Former Vice-President of the United States Joe Biden, who is now the presumptive nominee of the Democratic Party for the 2020 presidential election, has stated that he will choose a woman to be his vice-presidential running mate. CNN has compiled a list of the ten most likely candidates for that position and ranked them in order of potentially being chosen. The list includes two women of Jamaican descent: Kamala Harris and Susan Rice.

At the top of the list is Senator Kamala Harris, who herself sought the Democratic Party’s presidential nomination during the primary season before ultimately suspending her campaign. She currently serves as a United States Senator from California. Prior to serving in the US Senate, Harris was the Attorney General of the State of California, the first woman of color and the first Indian-American to hold that position. If selected as a running mate for Biden, Kamala Harris would become the first African-American and the first Indian-American woman to be included on a national electoral ticket.

Harris was born in 1964 in Oakland, California. Her mother came to the US from India to pursue her medical education and worked as a breast-cancer researcher during her career. Her father Donald Harris is an Emeritus Professor of Economics at Stanford University. He came to the US from his birthplace in Jamaica to continue his studies at the graduate level in economics at the University of California Berkeley.

Ranked sixth on the list is Susan Rice, former US ambassador to the United Nations under President Barack Obama. According to CNN analysis, her long experience in government represents both benefits and liabilities. With her long participation in the highest levels of government, Rice would face questions about decisions and actions she with involved with in the past, which could open her up to criticism from opponents.

Rice was born in 1964 in Washington DC. Her father was an economics professor at Cornell University, as well as the second black governor of the Federal Reserve System. Her mother was an education policy scholar who aided in the design of the federal Pell Grant program and who later joined the Brookings Institute. Rice’s maternal grandparents were from Jamaica.

Rice attended the National Cathedral School in Washington DC where she was a three-letter athlete, president of student government, and valedictorian. She then attended Stanford University where she received a Truman Scholarship and earned a BA with honors in history. She was elected to Phi Beta Kappa in her junior year and then attended New College Oxford in England on a Rhodes Scholarship, receiving a Ph.D. in international relations.

Rice worked as a foreign policy aide to Michael Dukakis during his 1988 presidential bid. She was a management consultant at McKinsey and Company during the early 1990s in its Toronto office. Rice served as the 24th US National Security Advisor to President Barack Obama from 2013 to 2017 and as U.S. Ambassador to the United Nations from 2009 to 2013. She also served on the staff of the National Security Council and as Assistant Secretary of State for African Affairs during President Clinton’s second term.

The women being considered as Biden’s vice-presential running mate include, in order from first to tenth are: