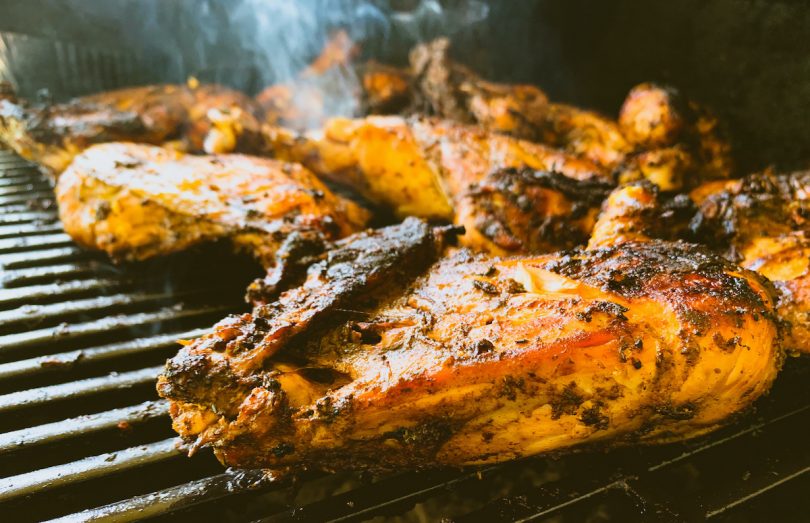 While Americans are not able to dine out at restaurants due to the COVID-19 lockdown policies in place in most states, they continue to enjoy their favorite foods thanks to take-out and delivery.

According to delivery service Uber Eats, the most-ordered dish in New York is Jamaican jerk chicken, which strongly suggests that Jamaican culture has had a significant impact on New Yorkers.

Jamaicans represent the largest population of immigrants from the English-speaking Caribbean.  The 1990 United States Census recorded 435,025 documented Jamaican Americans in the US, but the actual number may be considerably higher due to a large number of undocumented individuals and the Jamaican attitude toward census response. The actual number of Jamaicans living in the US has been estimated at between 800,000 and 1.5 million. The total number of Jamaicans living in New York, according to official government statistics, is 186,430, but the actual total is likely closer to 600,000, with Brooklyn, the Bronx, and Queens is home to large populations of people from Jamaican and their descendants.

In addition to Jamaicans, New York City has a large population of people from the Caribbean, including Haitians, Trinidadians, Guyanese, Barbadians, Bahamians, Grenadians, St. Lucians, and Belizeans.

The popularity of jerk chicken in New York is also reflected in the city’s hosting of its very large and well-attended New York Jerk Festival, which is held every year and celebrates Jamaican and Caribbean culture with music and exhibits in addition to food.

The spicy, grilled jerk chicken dish originated in Jamaica, but it is prepared and loved throughout the Caribbean. The “jerk” refers to a cooking style characterized by its blend of spices and the fact that the “jerked” foods – which can include beef, pork, goat, seafood, or vegetables in addition to chicken – are slow-cooked over a smoky wood fire. The word “jerk” reportedly originated with the Spanish word “charqui,’ which referred to dried strips of meat similar to the modern jerky. The dish has its roots in the Taino culture; the native Tiano people later taught the cooking technique to the African peoples brought to Jamaica as slaves and later made their own adaptations to the recipe. Jamaican jerk is famous for its use of the hot and spicy Scotch bonnet peppers included in the marinade applied before cooking.

The complete list of foods most ordered during the coronavirus lockdown in the US as determined by Uber Eats is as follows: 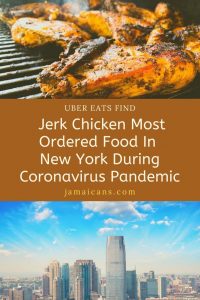