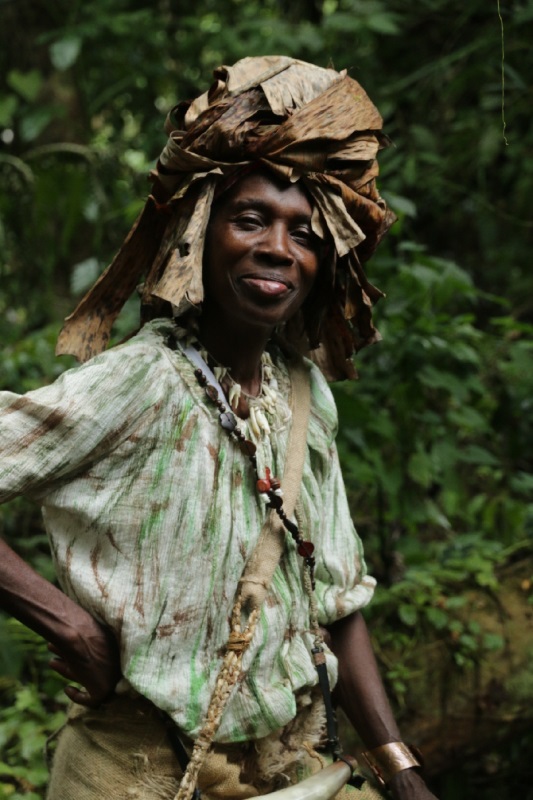 A very select audience will be privy to a special screening of “Queen Nanny” when the documentary premieres in New York at the United Nations.

The invitation-only event is slated for Oct. 19 and will herald the world-wide launch of a feature showcasing one of Jamaica’s foremost heroine of Black resistance against white dominance and a spiritual leader and guerilla tactician.

Though many African women were called Nanny, the queen of them all was a maroon who led a band of former enslaved Africans in the rugged mountains of Jamaica to a decisive victory over the British army during the early to mid-18th century.

“Queen Nanny: Legendary Maroons Chieftainess” is the title of the documentary by Roy T. Anderson and Harcourt T. Fuller, both descendants of maroons.

According to reports, “Nanny was born in about 1686 in what is now Ghana, West Africa, into the Ashanti tribe, and was brought to Jamaica as a slave. It is believed that some of her family members were involved in intertribal conflict and her village was captured. Nanny and several relatives were sold as slaves and sent to Jamaica. Upon arrival in Jamaica, Nanny was likely sold to a plantation in the parish of Saint Thomas. Such plantations grew sugarcane as the main crop, and the slaves toiled under extremely harsh conditions.

As a child, Nanny was influenced by other slave leaders and maroons. She and her “brothers,” Accompong, Cudjoe, Johnny and Quao ran away from their plantation and hid in Blue Mountains. While in hiding, they split up to organize more Maroon communities across Jamaica: Cudjoe went to Saint Thomas and organized a village, which was later named Cudjoe Town; Accompong settled in Saint Elizabeth, in a community that came to be known as Accompong Town; Nanny and Quao founded communities in Portland. She was married to a Maroon named Adou.

Nanny became a folk hero. There were stories of British attacks on Nanny Town, but thanks to the strategic location and her idea of having only one entrance/exit to the town, they were able to fight off all but one British soldier even though they were severely outnumbered. Cudjoe went on to lead slave rebellions in Jamaica.

By 1720, Nanny and Quao had settled and controlled an area in the Blue Mountains. It was given the name Nanny Town and consisted of the 500 acres of land granted to the runaway slaves. Nanny Town had a strategic location as it overlooked Stony River via a 900-foot bridge, making a surprise attack by the British practically impossible. The Maroons at Nanny Town also organized look-outs for such an attack as well as designated warriors who could be summoned by the sound of a horn called an abeng.

Maroons at Nanny Town and similar communities survived by sending traders to the nearby market towns to exchange food for weapons and cloth. The community raised animals, hunted, and grew crops, and was organized very much like a typical Ashanti village in Ghana. The Maroons were also known for raiding plantations for weapons and food, burning the plantations, and leading slaves back to their communities.

Nanny was very adept at organizing plans to free slaves. For over 30 years, Nanny freed more than 800 slaves, and helped them to resettle in the Maroon community.”

The intention of the organizers is to highlight the heroine and pay tribute to the “warrior chieftainess of the Jamaican Maroons.”

A free, public screening will be held at Harlem’s Schomburg Center for Research in Black Culture the following evening at 6:30 p.m.