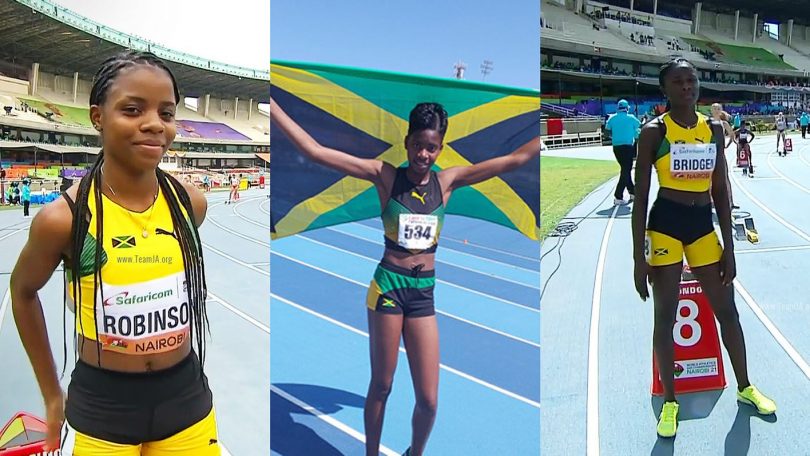 Three Jamaicans have been added to the ranks of the Coyote track and field program at the University of South Dakota in Vermillion. Danii Anglin, Moe Bridgen, and Anna Robinson will join the university’s track and field team as freshmen. Bridgen and Robinson both competed in the 2021 World Junior Championships held in Kenya in August.

Danii Anglin comes from John’s Hall in Jamaica. She attended Herbert Morrison Technical High School. Anglin finished her 2020 season ranked 29th in the high jump on the World Athletics’ Under-20 list, clearing a personal best of 5-10 ¾ (1.80m) in February 2020 at the Camperdown Classic. She was the winner in the Under-20 section at the CARIFTA Trials in Jamaica as well. Her academic plans include majoring in psychology.

Anna Robinson is also from May Pen, Jamaica, and attended Vere Technical High School as well. She took home the silver medal in the 4×400-meter relay at the 2021 World Junior Championships and qualified in the open 400 meters at the competition with a time of 56.56 seconds. Robinson came in first place in the 400 meters and in third place in the 200 meters at the Jamaican National Junior Championships. She also won the 400-meter event at the Central Championships and took home a bronze medal in that event at the ISSA Boys and Girls Championships in 2021. Her plans include majoring in kinesiology and sport management at South Dakota.

Derek Miles is the associate director of jumps, in the University of South Dakota’s track and field program, while Teivaskie Lewin is the assistant coach in sprints and hurdles.