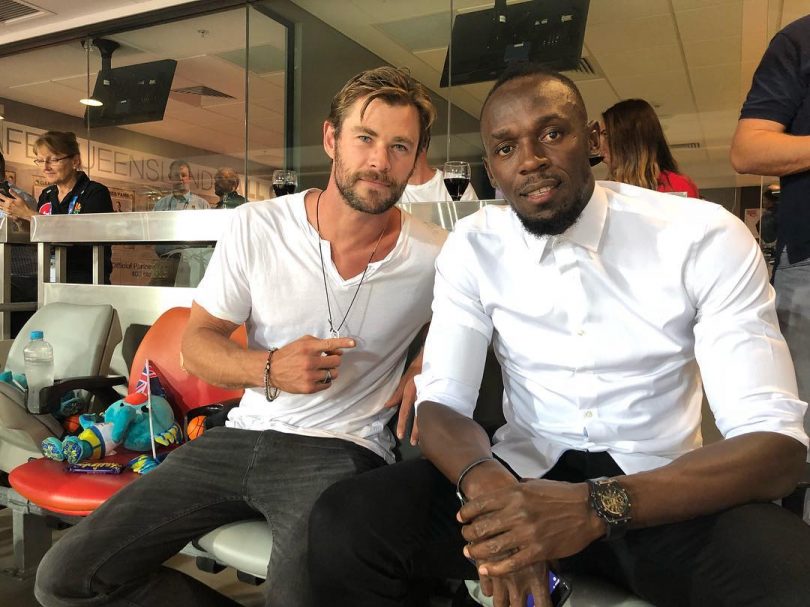 Eight-time Olympic gold medal winner and the world’s fastest man, Usain Bolt, could appear in the next “Avenger” film. The legendary sprinter met Chris Hemsworth, who is known for playing the role of “Thor” in the Marvel films, at the Commonwealth Games, and Hemsworth has said he could get Bolt a part in the next film. According to Bolt, Hemsworth asked him to become an Avenger, saying, “We could really use your speed.” Bolt, 31, holds numerous world records in addition to his eight Olympic golds, and after retiring from track and field competition, he is looking for a new career. Bolt trained with the German football team Borussia Dortmund recently and believes that becoming an Avenger would not be an unusual next step. “I have been an Olympic gold medalist, a businessman and now football player, so why couldn’t I be a future Avenger? Anything can happen.” The sprinter has already appeared in a big-screen film. His biopic “I Am Bolt” premiered in theatres in 2016. However, it would be a much more significant move if Bolt were to join the Avengers franchise. The latest instalment of the Marvel hit, “Infinity War,” is expected to be the Number One box office hit of 2018. The next film in the franchise is scheduled for release in 2019, and there are more instalments in the works for the future. If he does become an Avenger, Bolt is likely to be a great success, just as he was during his sprint career. “I always want to compete. I always want to be the best,” he said.