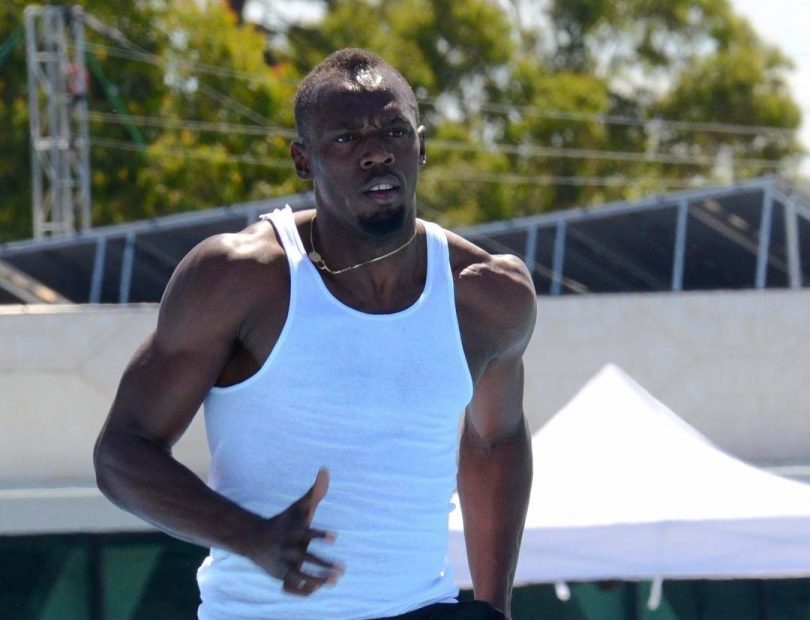 According to a list of the 20 most influential and dominant athletes, across all sports, compiled by ESPN The Magazine, Jamaican sprint champion and eight-time Olympic gold medal winner Usain Bolt is ranked in tenth place. Bolt, the fastest runner in track and field history, needs only 41 steps to cover 100 meters because of his physical form. Other runners need 43 or more steps to cover the same distance. Between 2008 and 2016, Bolt came in first in 19 of the 21 Olympic or World Championship events in which he participated. His only defeats occurred because of a false start in the 2011 Worlds and the failure of a drug test by a relay teammate at the 2008 Olympics. His win of eight Olympic gold medals is the highest total of any sprinter in history. He won gold in the 100 meters, 200 meters and the 4×100 meter relay events. His performance in the 100-meter and 200-meter races in three consecutive Olympic Games was unprecedented. Bolt retired in 2017 holding all three of the fastest times in the 100-meters in history. ESPN The Magazine ranked the top nine athletes on its list of 20 as follows. At Number 1 on the list is Tiger Woods PGA, Number 2 is LeBron James NBA, at 3 Peyton Manning NFL, at 4 Jimmie Johnson, NASCAR, at 5 Roger Federer ATPase 6 Annika Sorenstam LPGA, at 7 Michael Schumacher Formula One, at 8 Floyd Mayweather Men’s Boxing, and at 9 Marta Women’s Soccer.