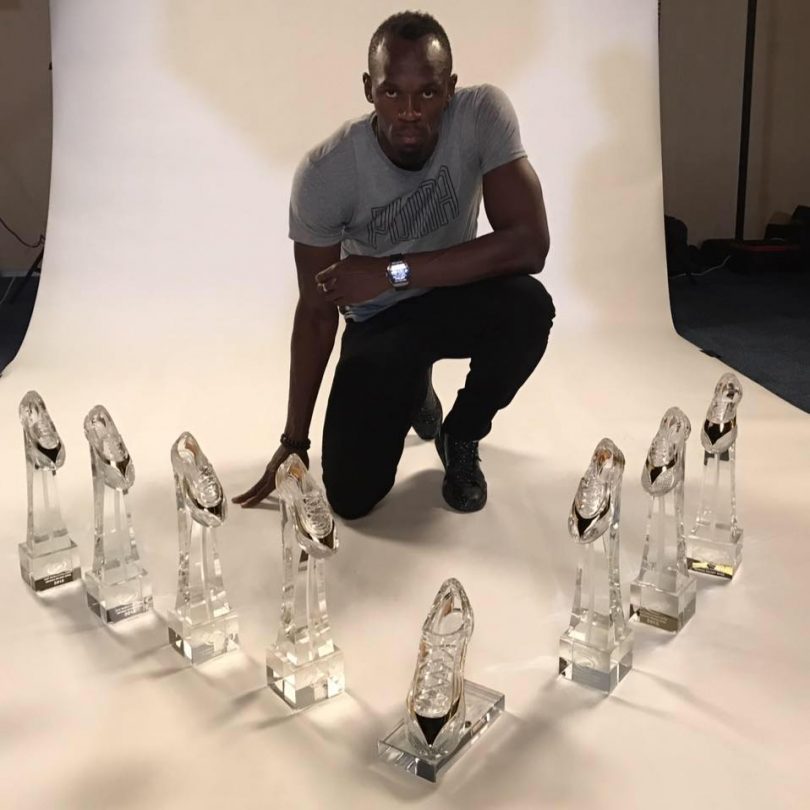 Jamaican eight-time Olympic gold medalist Usain Bolt, who plans to retire in 2017, continues to enjoy himself in the public eye. The legendary sprinter, who has been called one of the biggest showmen in sports history, has dominated track and field for a decade, and recently shared a photo of himself remaining true to his competitive nature. It was captioned “My Golden Spikes collection @ZlataTretra Going for the 9th.” The Golden Spike is a yearly athletics event held in Ostrava-Vítkovice in the Czech Republic as part of the IAAF World Challenge Meetings. The event was first organized in 1961, but was interrupted in 1999 due to a lack of interest by sponsors. Bolt does not hold the meet record in the 100-yards and the 100-meters. Those belong to his fellow Jamaican Asafa Powell. Bolt does hold the meet’s record in the 200-meters and the 300-meters, however, with times of 19.83 seconds and 30.97 seconds, respectively.