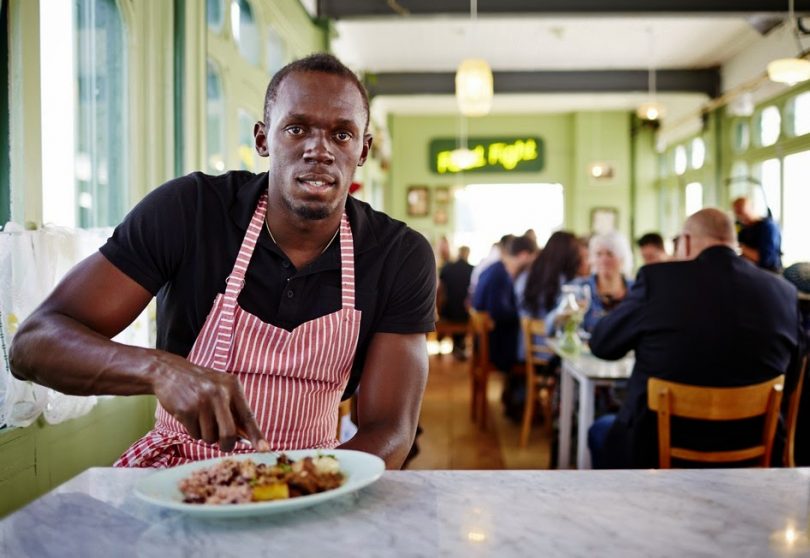 The foods that top athletes eat to fuel their exceptional performances on the field are sometimes surprising, according to the United Kingdom’s BBC. Jamaican Usain Bolt, the superstar sprint legend and eight-time Olympic champion, admits a love for chicken nuggets. In particular, Bolt favors nuggets from a well-known fast-food chain. At the Beijing Olympics in 2008, Bolt broke three world records, winning three gold medals, and estimates that he ate approximately 1,000 chicken nuggets over the 10-day period of the games. That works out to about 100 nuggets per day and about 5,000 calories. Usain Bolt wrote in his autobiography “Faster than Lightning, “At first I ate a box of 20 for lunch, then another for dinner…The next day I had two boxes for breakfast, one for lunch and then another couple in the evening. I even grabbed some fries and an apple pie to go with it.” 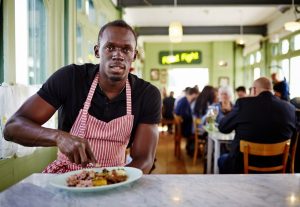 Some other top athletes with interesting food choices include former top-ranked tennis star Venus Williams, who suffers from a disorder of her immune system, adheres to a vegan diet of raw vegetables served at lukewarm temperature. She credits the change in diet with saving her tennis career. Basketball star Charles Barkley had a pre-game super-food pre-load regimen that involves two fish fillets, large fries, and a diet cola. A story told by teammates is that Barkley once consumed eggs, pancakes, sausage, maple syrup and butter while doing a mile per hour on a stationary bike. Tom Brady, NFL quarterback, has a personal chef who prepares him a diet of mostly organic vegetables, complemented by whole grains and lean meat. He avoids sugar, white flour, caffeine, tomatoes, dairy products, mushrooms, peppers, and eggplants. Oakland Raiders running back Marshawn Lynch gets powered by sweets, especially Skittles.

Among the more exotic diet approaches is that of middleweight boxer Lyoto Machida of Brazil. He drinks his own urine to boost his immune system. It’s a natural medicine, he says