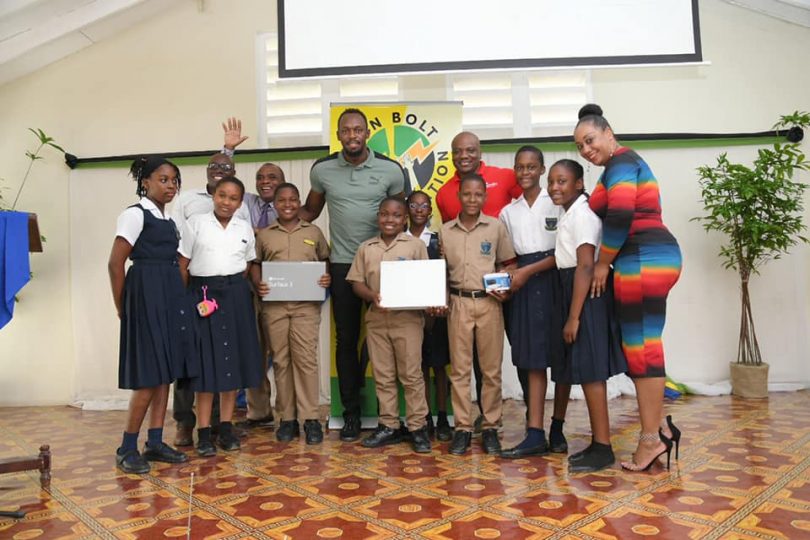 Jamaican Olympic champion and sprint legend Usain Bolt, the nation’s most decorated athlete, created the Usain Bolt Foundation to aid in the development of children’s educational and cultural opportunities by removing the barriers that may stand in their way. The Foundation partnered with Microsoft UK to donate computers to seven schools in Jamaica. Computers were provided to the Albert Town Primary, Spring Garden Primary, Duanvale Primary, Waldensia Primary, Bellevue Primary, Falmouth All-Age, the Granville Primary and Infant schools. All of these schools are located in Trelawny, Bolt’s home parish, but the Bolt Foundation will provide benefits to other parishes as well. The donation represents part of the Bolt Foundation plan to provide at least 500 computers to primary schools throughout the island. At the award ceremony, Bolt expressed his thanks to Microsoft for helping the Foundation obtain the computers. He also thanked Digicel Jamaica for providing the Wi-Fi.

Happy to hand over computers to Albert Town Primary, Spring Garden Primary, Duanvale Primary, Waldensia Primary, Bellevue Primary, Falmouth All Age and the Granville Primary & Infant in parish of Trelawny. Thanks @microsoftuk for all the devices & @digiceljamaica for the Internet modems

The Usain Bolt Foundation recently finished making improvements to the grounds of Granville Primary School, which had had an unpaved play area that was a constant nuisance for the children with its alternating problems related to dust and mud. 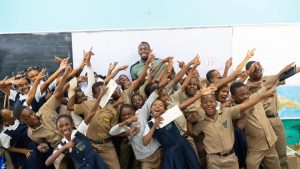 In the past, the Bolt Foundation worked with the JN Foundation to provide aid to elderly people in Trelawny. It also made a donation of J$1 million to help victims of the fire that destroyed the Walker’s Place of Safety Children’s Home in 2018. On his Facebook page, Bolt posted, “A great day as the Usain Bolt Foundation refurbishes Granville Primary School ground and hand over computers to Albert Town Primary, Spring Garden Primary, Duanvale Primary, Waldensia Primary, Bellevue Primary, Falmouth All Age and the Granville Primary and Infant.”

The Usain Bolt Foundation was established to create opportunities for educational and cultural development and is committed to providing a legacy of happiness for children as it works to help them live their dreams.