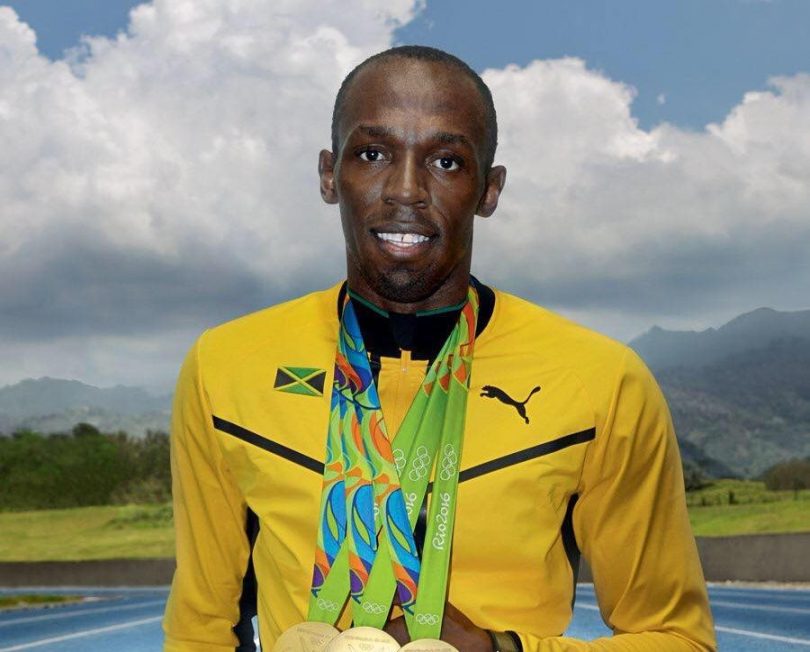 Ranked by the US news network ABC as Best Sports Stories of the Decade Usain complete the three-event sweep within in the100m and 200m and 4×100-meter relay, at 2012 at the London Olympics and the 2016 Olympic Games in Rio Brazil. At the London Olympics he created track and field history anchoring world record 4×100-meter relay in 36.85 seconds. Bolt’s accomplishments have made him the first man in history to set three world records in a single Olympic Games competition. Until he lost at 2017 world championship he’d won every 100-meter race he’d entered for four years.

With 8 Olympic gold medals, four World Championship titles, along with three current world records in the 100m, 200m, and 4×100-meter relay Usain Bolt Olympics solidified his status as a legend this decade. Along the way, he earned the titles of the fastest man on the planet and the greatest sprinter of all-time. Bolt is the only sprinter to win Olympic 100 m and 200 m titles at three consecutive Olympics (2008, 2012 and 2016).
He was chosen IAAF World Athlete of the Year (six), Track & Field Athlete of the Year and (seven time) Laureus Sportsman of the Year.

Alia Atkinson has place Jamaica on the world map in swimming. Atkinson, despite not winning an Olympic title is Jamaica’s most successful swimmer. Since 2014 she has also broken and set more world records this than any other Jamaican athlete including Usain Bolt.

Atkinson places Jamaica on the world map by becoming a world champion and world record holder in swimming. She’s won Jamaica’s first gold medal at the World Championship series. She is the world record holder for the 50m and 100m (short course) breaststroke. Atkinson won the 100-meter breaststroke at the 2014 Short Course World Championships in Doha (equaling Rūta Meilutytė in 2013 world record) She has numerous other accolades from winning both sprint breaststroke events at 2018 Short Course Worlds to being elected as Jamaica’s Sportswoman of the year in 2014, 2017 and 2018. She is the only Jamaican female athlete with world record to her name.
She’s becoming the first black woman to win a world swimming title. In 2014 she won two medals silver in the 50 m breaststroke and bronze in the 100 m breaststroke at the Commonwealth Games also set two Commonwealth Games records in the 50 m breaststroke.

Shelly-Ann Fraser-Pryce athletic career include six Olympic medals and eleven World Championship medals overall, nine of which are gold. This makes Fraser-Pryce the most competitive candidate against Usain Bolt for athlete of the decade. SFP earned two consecutive Olympic 100m titles (2008 & 2012) and a bronze medal in the 100m in 2016 Olympics. Fraser-Pryce is the only sprinter, male or female, to be crowned world champion over 100 m four times (2009, 2013, 2015 and 2019).