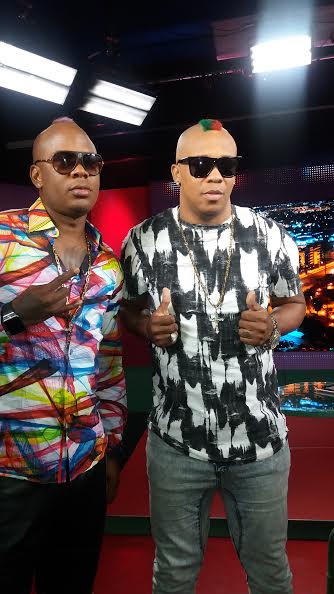 A video posted on Instagram of a pregnant Caucasian female dancing quite rambunctiously to RDX’s song ‘Jump’ has attracted quite a bit of attention on social media earlier this week.

The video was a little over 30 seconds long but that was long enough to cause an Instagram uproar with varying sides commenting on the woman’s behaviour on social media.

The woman, identified as Swedish Dancehall Queen Johanna or Monkey Jo, admitted that she is over 28 weeks pregnant and currently in Ocho Rios Jamaica on vacation when she posted the video on Instagram.

She wasn’t prepared for the backlash that followed the post however as over 1500 comments followed, some calling her an unfit mother and an irresponsible and lewd female. The video was also reposted numerous times on other social media pages with the caption ‘Who’s Baby Mother is this?’ Some comments however supported the mother-to-be saying that she was in fact not putting her baby at risk doing what she does professionally for years, dancing.

RDX themselves reposted the video on their social media platforms and while flattered that females are so excited to gyrate to RDX music they did express concern for the safety of her child.

“When a RDX Song play women from all over the world can’t help but move so it’s no surprise that this pregnant dancer from Sweden would be bruking out to our music. She is surprisingly flexible for someone 7 months pregnant though and we wish for her a safe and successful delivery” Renigade commented

The Duo is also excited about the success of their latest single ‘Bang’ that may also cause other pregnant women to gyrate provocatively worldwide. They are keyed up about their recent Youth View Award nomination for their chart topping ‘LOL’ single currently vying in the ‘Summer Single of The Year’ category for the 2017 staging of the popular awards show.