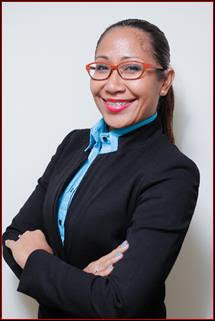 Ms. Fung brings a wealth of experience to the post, with over 21 years in hospitality, customer service and sales, having worked at Sandals Resorts and The Ritz Carlton. Previously, she held the post of Director of International Sales before being promoted to Commercial Director of VIP Attractions. During her tenure at the company, she has increased sales capacity, forged beneficial partnerships and developed sales strategies to increase profitability.

With the appointment of Ms. Fung who will lead an experienced Jamaican senior management team, Mr. Sean Latty joins the VIP Attractions team and will serve as Chief Operating Officer.

Mr. Latty brings to the position of COO over 22 years of operations and commercial experience having worked in the airline and telecommunications industry for over a decade at the C-Level. Most recently, he served as the COO of Digicel Jamaica and CEO of Digicel St. Kitts and Nevis.

Rounding out the senior management team are: Jullian Henry, who has been promoted from Deputy Director of Airport Operations to Director of Airport Operations Club Mobay; Nicholas Watson, now Head of International Sales, who previously served as International Senior Sales Manager and Allison Callam, who was promoted from Senior Sales Manager (Jamaica) to Head of Sales (Jamaica).

Chairman of VIP Attractions, David Hall in announcing the appointments noted that with the planned expansion, it was important to assemble a talented and experienced management team to lead the company moving forward. According to Mr. Hall, “It has always been my goal to build an all-star 100% Jamaican management team. With our operation going international in 2018, expanding well beyond our shores, it was critical to strengthen our existing team and position them for success in the next stage in our growth development,” noted Mr. Hall.

VIP Attractions is continuing to pursue an aggressive growth and will be building additional lounges in the second half of 2017 at Club Mobay as well as upgrading Club Kingston at the Norman Manley International Airport in Kingston.