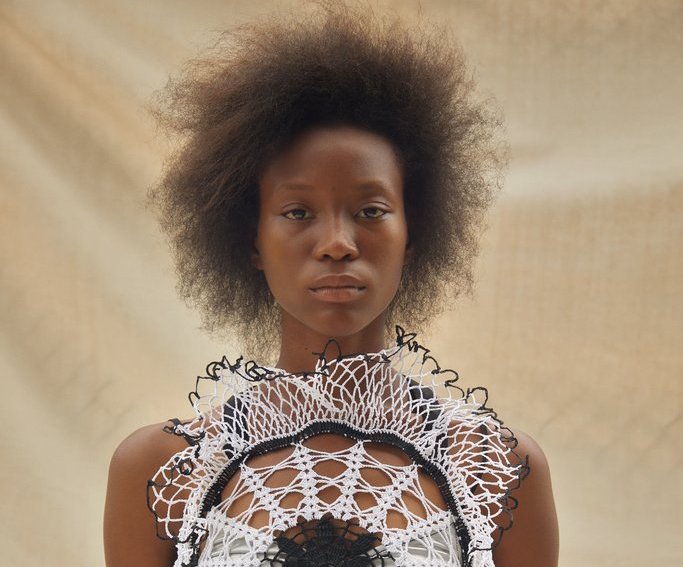 Rachel Scott, a Jamaican-born and New York-based designer, is collaborating with a group of talented traditional artisans in Jamaica in the launch of her brand, Diotima. The story of this collaboration has been featured in Vogue magazine.

In about 2007, Scott read an article in a Jamaican newspaper about a group of women on the island’s north coast who met to practice traditional crochet and embroidery crafts and decided to visit them on her next visit to Jamaican from Italy, where she was living at the time. Meeting with the women, Scott found they followed traditions passed down from their mothers and grandmothers in a line of intergenerational knowledge and wanted to find ways to work with them. In 2021, that collaboration came to fruition with the establishment of Scott’s Diotima brand, which offers “an elevated take on crochet.”

Scott works with the original group of women she met 14 years ago and a number of independent artists in Kingston on a collection that takes its inspiration equally from her upbringing in a Jesuit school in Kingston and the 1980s/1990s dancehall scene in Jamaica. While her designs are innovative, the star of her 2021 summer collection is the crochet, particularly the “web top,” which looks like a spider web in white and black in the front and has a harness back that creates an intricate and sexy look. 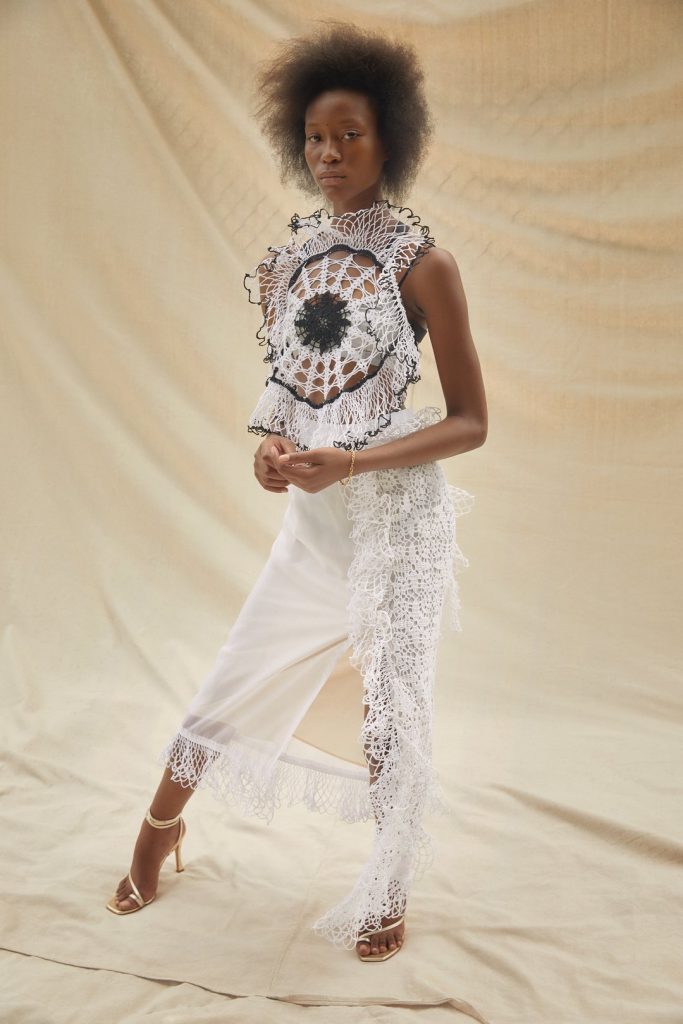 Being raised in Kingston, Scott, who is the current vice-president of design at Rachel Comey, had always wanted to incorporate her Jamaican heritage into her designs and waited a long time to be able to do so. In 2020, she took a break from the New York fashion scene and gave serious thought to what she wanted to create on her own.

Scott notes that crochet can be considered the “ultimate handicraft,” since it cannot be replicated by a machine. She considers the women who make the crochet she uses as co-designers. When developing ideas for the collection pieces, Scott realized that she needed to be more open to what the artisans were comfortable doing and what they thought was interesting. In her next collection, she plans to do only what the women like to do and find ways “to make that work.” For example, she discovered the crochet artisans did not like to use black yarn because it is more difficult to work with at night when many of them do the work as they have other jobs during the day.

Scott believes it is important to continue the tradition of Jamaican crochet, which has survived for centuries. While there has been somewhat of a resurgence in knitwear recently, Diotima’s crochet “feels more like an heirloom, a little precious and delicate.” Diotima’s designs still have sex appeal, however, as the crochet creators enjoy making items like open-weave bra tops.