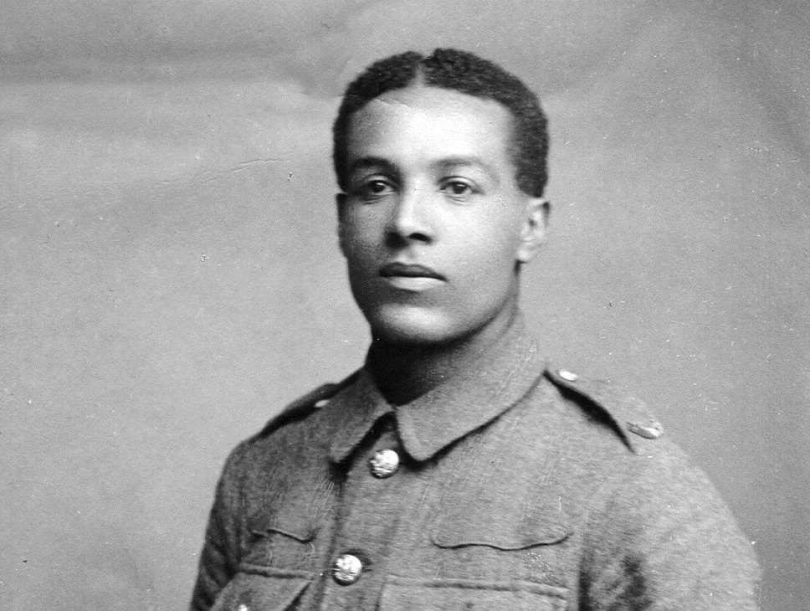 Professional footballer and officer in the British Army Walter Daniel John Tull was born in Britain in 1888. Hie father was from Barbados, and his mother was from Kent. His parents died when he was a child and he ultimately grew up in the Methodist Children’s Home and Orphanage in Bethnal Green in London. He was adopted by the Warnock family in Glasgow, taking the name Tull-Warnock. He was qualified as a dentist and was the first mixed-heritage individual to practice dentistry in the United Kingdom.

He was one of the first professional Black players in Britain, playing inside forward and half-back for Clapton, Tottenham Hotspur and Northampton Town prior to World War I. He was only the third individual of mixed race to play in the top Football League division and the first player of African descent to sign with the Rangers in 1917. During the war, he became the first Black Army officer in Britain, commissioned as a second lieutenant in 1917. He was killed in action in 1918 during the First Battle of Bapaume. His body was never recovered. In 2021, he was inducted into the English Football Hall of Fame at the National Football Museum.