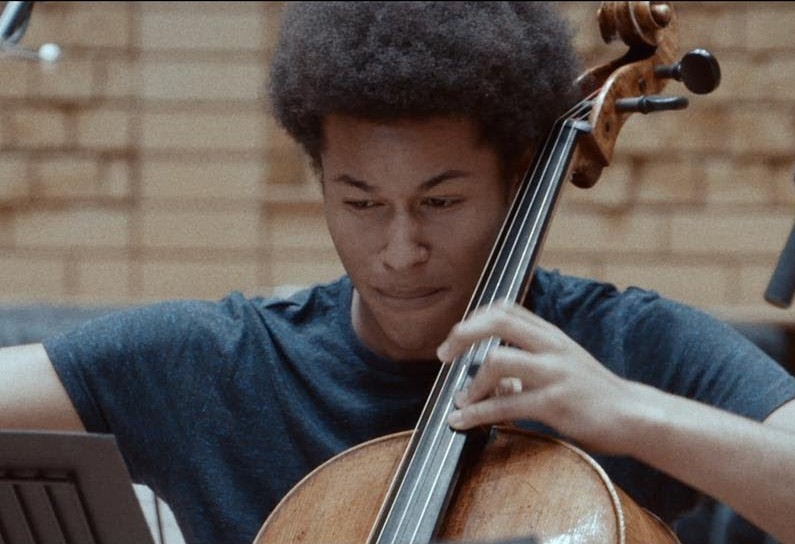 Internet video watchers were amazed at the performance of Sheku Kanneh-Mason, a young cellist in Nottingham in the United Kingdom, as he played his version of reggae icon Bob Marley’s well-known hit, “No Woman, No Cry.” Kanneh-Mason, who is 18 years of age, was named the BBC’s Young Musician of the year, the first black musician to win the award in its 38-year history. He said that he “couldn’t resist” playing his own new arrangement of the song near a mural of the late Bob Marley in London and posting it to his Twitter feed. Kanneh-Mason is the third oldest child of seven and grew up in Nottingham. He began to play the cello at age six, starting out briefly playing the violin. At nine, he passed the Grade B cello exam, achieving the highest marks in the UK. He also won the Marguerite Swan Memorial Prize and the ABRSM junior scholarship – again, at age nine! – to become a member of the Junior Academy of the Royal Academy of Music. He and his six siblings were contestants on the “Britain’s Got Talen” television program in 2015, calling themselves The Kanneh-Masons. He is a member of the Chineke! Orchestra, which was founded for black and minority ethnic classical musicians by Chi-chi Nwanoko. BBC Four made a documentary about the young cellist in 2016, called “Young, Gifted and Classical: The Making of a Maestro.” Kanneh-Mason made a donation of £3,000 to his former secondary school in 2018.. The donation will allow ten other students to continue their cello lessons.

As promised, ‘No Woman, No Cry’ is out today! Listen to the final track here – https://t.co/cvP1T2CLB2@bobmarley is one of my biggest inspirations in music. Couldn’t resist playing my new arrangement of ‘No Woman No Cry’ by his mural in London. Enjoy! pic.twitter.com/7mguhRH6Ah