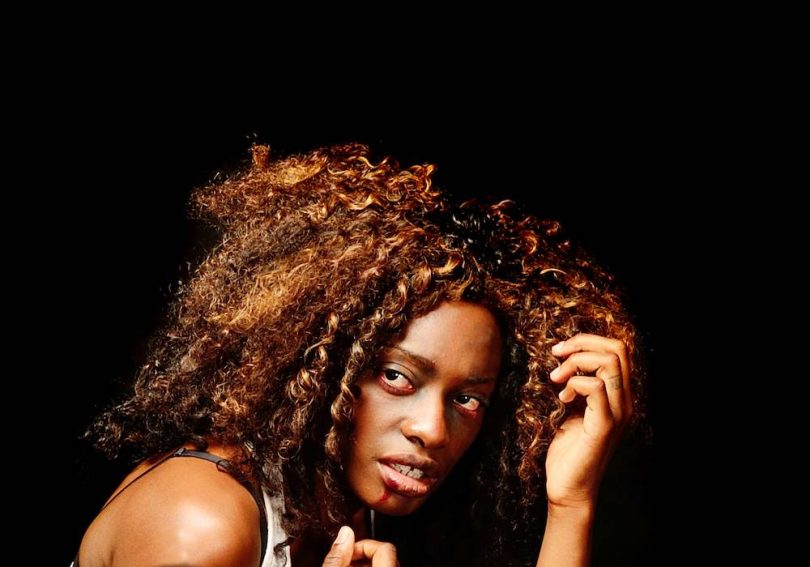 The bad memories that must be spoken about.

What I am about to say here, men will disagree with the openness of the discussion. However, it’s challenging to understand why this discussion is necessary until your mom, your daughter, your sister, and other women close to you have been violated and victimized. It’s ok, however, if you disagree. I know that this is the right thing to do.

Many of us recall various bad things about our childhood, and a significant amount of us refuse to challenge them, talk about them, or even admit it ever happened. By denying it, we walk around as zombies carrying heavy mental/emotional loads of trauma that will never disappear from our memories. Those heavy weights bear down on our relationships, careers, and lived experiences. Sexual violence against women is a heavy burden carried by women in Jamaica. Our system of Justice has failed our women by allowing social and cultural attitudes which encourage discrimination and violence to persist.

I thought I didn’t walk around with baggage. I thought my every day was emotionally free until recently; I read an article about a young lady who was raped in the female bathroom of the high school I attended. Although I discovered that the news report was incorrect about the details surrounding the case were not necessarily factual, it is also a fact that an illegal sexual act was committed on a school’s compound. It was then that all the horrible events of my childhood came rushing into my mind. To think there was that one space in that school that I had never stepped into throughout the five years of my attendance in high school was an uncomfortable feeling for me. I recall the name as it appeared on that door; “Girls’ Lavatory” and then there was the “Boys’ Lavatory.” Boys were not allowed in the girls’ lav. and vice versa.

I am not sure I know of any boy who entered that girl’s room. Once a girl disappears in that space, it is off-limits, a private safe zone, and boys (if they walked with the girl to the door) either wait outside or go to the boy’s lav and then reunite with her after 5 or 10 minutes. To see a headline of a girl being raped in that space conjured up all the wrongs-doings by men and boys in my hometown while I grew up. I saw things as a boy that needed police attention, but as a youth (although you know right from wrong), when big men did things, you pushed those actions aside because they were adults and they knew the rules. Who was I then to question them? On the other side, “Babylon (police) a wicked people. Why would I tell them anything? I would be called a tattle-tale, wuss, wimp, all kinds of names, a young boy didn’t want. There was so much social learning that was wrong; one can imagine the confused state of a young man or woman then. In one case, your mom and dad taught you the right way, the social environment taught another, and the law is wrong because of the lack of enforcement. It was a difficult place to be.

Entrenched discrimination against women means many individuals fail to understand the wrongfulness of that forced sex by an acquaintance or family member that should be stopped. I have witnessed a big man who forced himself on a young lady, cornered her, and forced her into sex. I saw the tears and pain in her eyes and knew this was wrong. I was only a little boy. The most I felt I could do was never talk to that man again. It’s funny that I saw him recently and heard him complaining to someone openly that I act as though I don’t know him and that I pass him on the streets without acknowledging him. Good for me, I thought. Because if I spoke to him, I would genuinely tell him how disgusting he was on that day. However, Since she didn’t do anything about it, it wasn’t my place to say anything.

I have also witnessed men and several boys gang-raping two young ladies on two separate occasions. These activities are never planned events, the opportunity arose, and the males take advantage. The reality is, among men who had nothing to do, much of the discussions were about the how-tos of getting into a girl’s panties. Older men train younger boys during hang-outs what to do when the situation presents itself. The social gatherings are moments when seeds are planted (teaching moments occur), and when the moment is ripe, young boys take advantage. For some of these young boys, “dem bruck dem ducks” (initiation into sex), while others get involved for the opportunity. In the social learning theory, teaching doesn’t have to be intentional or direct; it occurs because older and younger people congregate. They talk, plan, and execute when the time is right.

As I grew up, my hometown was a platform for wrongdoings. Many things that young boys did were wrong. The worst was how young men were taught to be disrespectful to women. It was a natural part of our being; we should stay far from women when they are on their monthly period; women change after dark, don’t trust them; the only thing good about women is their vagina, women are wicked creatures, they should be beaten and controlled. These are some of the learning that occurred.

No wonder the perpetuation of mental and physical abuse continues. In an interview with Queen Ifrica some years ago, as we spoke about her song “Daddy,” she agreed that some women have problems with their partners later in life, and those early traumatic experiences are directly attributed. Sex between the partners, one with a history of sexual trauma, is toxic and problematic to the relationship, and neither partner understands why. Many women need the comforts of a man, someone they can be married to. However, in her mind, a man also represents a person who raped her or sexually abused her in childhood. Sexual situations become triggers that cause interpersonal conflicts. Going to bed with hubby conjures up unwanted memories. Unaware of the emotional issues, the husband responds incorrectly, and the battle begins.

As this back-and-forth mental and physical battle ensues between husband and wife, it sometimes results in domestic violence, and no one knows where it started. The husband doesn’t know that wife was traumatized in her childhood, and the wife has not addressed the trauma. The wife wouldn’t dare admit such trauma to her husband because she believes she will lose him if she admits this experience. Worse, in her mind, he may use it against her in quarrelsome situations. While the wife could be right, the husband, on the other hand, could be made to understand the issue and help to sustain the relationship. If there is no attempt to address the issue, things will worsen.

In a recent announcement on RJR News, the Director of Public Prosecution declared that despite overwhelming evidence, jurors are unwilling to convict even persons they know are guilty. This problem is considered a public health emergency and is being highlighted as one of the challenges in tackling sexual offenses against children in Jamaica. To put a breadwinner in prison puts a family at risk of losing income and stability. This means no matter how much the acts of these dutty-men anger us, the infrastructure in the criminal justice system is not in place to correct the problem. The sexual assault investigation units in Jamaica estimate that only 25 percent of sexual violence is reported. Fear of embarrassment and lack of protection by the law prevents the actual number of reported incidents of sexual violence against women and girls.

We are therefore caught between a rock and a hard place. The incident occurred, and we know who the perpetrator is, but you can’t report it because the criminals will not be punished. What do we do? Why is the law in place? Who should the women turn to? What kind of protection do women have?

When there is no deterrence for crimes committed, more crimes will be committed. Hence our Jamaica has a “swollen sore-foot” of sexual crimes that cannot heal. The sore foot will get bigger and bigger, and no peesa cloth with powder cannot make it heal. This is why dads, stepdads, uncles, and brothers see open “land space” to commit heinous crimes against women because laws are not enforced to protect them.

A couple of years ago, I interviewed a young lady from St Ann, Jamaica, who discussed with me how her biological father had sexually assaulted her for many years. Her stepmother was aware and did nothing to stop this horrible incestral relationship. I am happy to know that she moved on from this. she is a professional mental/emotional therapist, stand ready to help challenged women. Unfortunately, she did not encourage any relationship with her father, even up to his recent passing. She was robbed of a father-daughter relationship that is key to family stability.

I know many women in our midst have been traumatized by sick men. I am not sure why men engage in these unhealthy activities against women, but we can do better. The law can do better.

Although I want to encourage Jamaican women and girls to speak out about these cowardly sick men, who are preying on them, the realities are horribly against such a decision today. There has to be a way for women to speak up and be heard and responded to. These criminals need to be stopped. Marriages and other relationships today are at risk of failing because of these past traumas. It is time for these cowards should grow up and become men; stop their dirty deeds. Our government must help law enforcement protect women and “deal wid di dutty man dem case.”

Some people have called out for the castration of men who commit these ugly crimes; others have called for life in prison and the death penalty. . I don’t know what the punishment should be that fits the crime, but the decision cannot be an emotional one. I am sure the government will say they don’t have enough prison spaces to host the number of men who have committed sexual crimes against women.

However, let us start somewhere. As parents and teachers, our children are our future. Let us teach girls and boys to respect each other; read, and role-play. These activities should start at home and school.

For now, men caught and found guilty of the sexual offense (law must be coded appropriately) should be labeled and shamed—their names displayed in the paper that they are, in fact, predators.

Protect the little children with all our might. Make it a crime that anyone (business or individual ) caught releasing pic or information about women or children who are sexually assaulted to pay a hefty fine or time in prison.

Police officers must be held accountable for not doing due diligence to protect women and children who report sexual abuse. The law on due diligence must be appropriately coded.