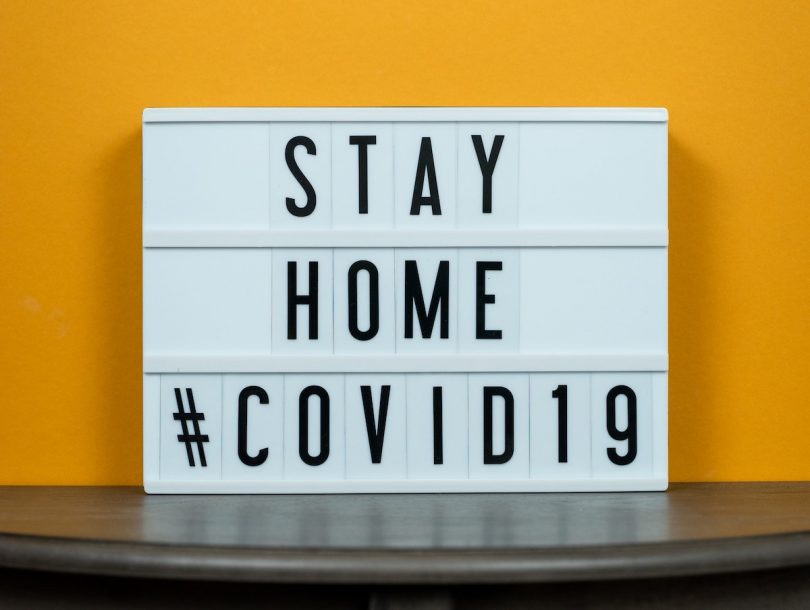 The news in 2020 was dominated by the worldwide COVID-19 pandemic that forced communities, societies, businesses, and nations to curtail and even “lock down” their normal activities, and caused individuals to separate themselves from their friends, families, and coworkers through quarantine. Every piece of news throughout the year was colored by the pandemic. That said, life did go on, and in Jamaica, the top news of the year included stories about the government’s commitment to the cause of reparatory justice from former slave-holding and colonizing nations in Europe, the setting of permanent boundary markers for the long-disputed Cockpit Country, a landslide for the Jamaica Labor Party in the General Election, and the support of a majority of Jamaicans for removing the Queen of England as Jamaica’s head of state. In addition, the news included the fact that the new Jamaican Senate how holds a record number of women in office, that Prime Minister Andrew Holness named ministers to vacant Cabinet positions, teachers received support for having non-lethal weapons to protect themselves from attacks in schools, a record low in the nation’s poverty rate, and Jamaica’s efforts to address the spread of COVID-19. Below, in no particular order, are the top news stories of 2020

COMMITMENT TO REPARATIONS REAFFIRMED BY JAMAICAN GOVERNMENT
Olivia Grange, Jamaican Minister of Culture, Gender, Entertainment and Sports, reported that the government continued in its commitment to the cause of reparations in the Caribbean as part of CARICOM’s Reparation Commission, which was established in 2013 by heads of government in the region to seek redress from former European colonist and slave-holding nations. The country continued to lobby for reparatory justice, Grange said, and to implement stronger collaborative efforts with its Caribbean neighbors toward this goal. She noted how the nation’s ancestors and leaders never relented in their call for justice for the people. Jamaica’s National Council on Reparations continued island-wide consultations to create a National Policy on Reparatory Justice for Jamaicans, she said.

HOLNESS NAMED SAMUDA, HENRY TO FILL VACANT CABINET POSITIONS
Jamaican Prime Minister Andrew Holness announced that Karl Samuda, Member of Parliament (MP) for St Andrew North Central who had been serving as Minister Without Portfolio in the Ministry of Education had been moved into the position of Minister of Education. Samuda had conducted Ministry oversight in his previous role since Ruel Reid was removed as Education Minister due to allegations of corruption over a year ago. Before moving into his new role, Samuda was assigned to the Ministry of Economic Growth and Job Creation. Prime Minister Holness had been asked to name a full Education Minister since he requested Reid’s resignation in March of 2019. Holness also named Clarendon Central Member of Parliament Mike Henry to head the Ministry of Labor and Social Security, a position left vacant after the passing of St Ann North Eastern MP Shahine Robinson in May of 2020.

JAMAICAN SENATE INCLUDED A RECORD NUMBER OF WOMEN
Kamina Johnson Smith, the Leader of Government Business in the Jamaican Senate, stated that a record number of women have now been appointed to serve in the new 21-member body. Of 13 Government Senators selected, four are women, and four of eight appointed Opposition Senators are women as well. Johnson Smith noted that this is the largest percentage of women in the Senate ever achieved.

MOST JAMAICANS SUPPORT REMOVAL OF QUEEN AS HEAD OF STATE
According to polling commissioned by the RJRGLEANER Group, most Jamaicans support removing Britain’s Queen Elizabeth II as the country’s head of state. However, the People’s National Party (PNP) and the Jamaica Labor Party (JLP) continue to be divided on the matter. The incumbent JLP believes the issue should be decided by the electorate, while the PNP is committed to beginning the separation from the Queen as soon as it gets the chance to form a new government. The poll found that 58.7 percent of 1,050 respondents over the age of 18 surveyed in July 2020 favored cutting ties with the British monarchy. Almost one-third of Jamaicans oppose ending the relationship.

PAN AMERICAN HEALTH ORGANIZATION COMMENDED JAMAICA’S MANAGEMENT OF COVID-19
Jamaica was praised by the Pan American Health Organization (PAHO) for its handling of COVID-19 spread reduction via contact tracing. Only three countries were singled out for the commendation by PAHO: Jamaica, Costa Rica, and Argentina. According to the organization’s assistant director, Dr. Jarbas Barbosa, these nations did “particularly well” in managing contact tracing for the prevention of the disease and controlling its spread throughout the community.

PERMANENT BOUNDARY MARKERS FOR COCKPIT COUNTRY ESTABLISHED
Jamaica’s Forestry Department announced that boundaries for the Cockpit Country had been established by the placing of permanent markers. The boundaries include 100 kilometers of land within the official marking of the area, which is considered a valuable ecological resource. The markers are consistent with the mandate imposed on the Forestry Department in 2017. The Department continued to aid the Jamaican government in the designated protected areas.

POVERTY RATE IN JAMAICA FELL TO LOWEST LEVEL IN DECADE
Dr. Nigel Clarke, Jamaica’s Minister of Finance and the Public Service, announced that the nation’s poverty rate decreased by 40 percent in 2018. The 12.6 percent rate was the lowest recorded in ten years. While recognizing that the significant reduction in poverty was good news, Mark Golding, the Opposition Spokesman on Finance, suggested that what really matters to the people of Jamaica was the economic situation the country faced from the COVID-19 pandemic. In speaking to Parliament, Clarke attributed the decline in the poverty rate to an increase in the real gross domestic product, an increase in the employment rate, higher remittances for some households, and a slowed inflation rate.

PRIME MINISTER HOLNESS AND JLP WON BY LANDSLIDE IN LOW-TURNOUT EARLY ELECTIONS
The Jamaica Labor Party (JLP) won 49 of 63 Parliamentary seats in the general elections, marking a big victory over the opposition People’s National Party (PNP). Following the concession by the PNP after the election on September 3, 2020, Holness praised Jamaicans for the “smooth and fair election” that was held in the midst of the COVID-19 pandemic. Holness declared the “people of Jamaica” as the winners of the election, as it indicated Jamaicans “are maturing in their outlook” and understand that “populist policies can have a destructive impact on the national good.” The JLP focused its campaign on rebuilding the national economy, which has suffered from the impact of the pandemic on tourism and exports.

TEACHERS’ ASSOCIATION PRESIDENT SUPPORTED NON-LETHAL WEAPONS FOR TEACHERS
The president of the Jamaica Teachers’ Association, Owen Speid, lent his support to providing teachers with non-lethal weapons like pepper spray to defend themselves against attacks from students and others. He resisted calls to provide official training in self-defense as he believed offering such training could cause violent attacks to escalate. Speid also advocated for more security guards, improved surveillance, and stronger security protocols to address the issue of attacks against teachers.

TUFTON ANNOUNCED COVID-19 VACCINES SECURED FOR 10 PERCENT OF POPULATION
Dr. Christopher Tufton, Jamaica’s Minister of Health and Wellness, announced that more than 270,000 Jamaicans will benefit from a plan that secured COVID-19 vaccines entering the market through the Pan American Health Organization/World Health Organization (PAHO/WHO). Jamaica is on track to receive a total number of vaccines based on its estimated population total of just over 2.7 million. The country had already subscribed to group funding in a pool program to provide the vaccines. The next phase of Jamaica’s COVID-19 vaccine program will involve the coordination of distribution, Tufton said.

Photo by Alex Azabache on Unsplash