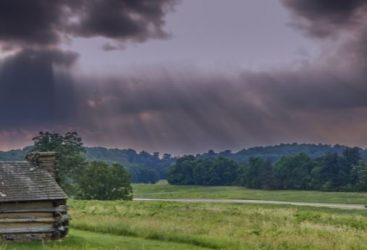 What do you do when the messy situations you find yourself in are a direct result of the choices you made?  For some of us, the instinctive thing is to blame others for our misfortunes, or the ever-present easy target, the devil. This blame game has been going on since Adam and Eve in the garden of Eden (Genesis 3:9-13).  It is not always easy to point to oneself and declare that “the problem is me; it is or it was my fault.”  Yet, this was exactly what Jonah did on that stormy day in the ship on the way to Tarshish as he ran away from his responsibilities as a prophet (Jonah 1:8-12).  As the crew members threw him overboard (v. 15), he must have thought that was the end of his life; yet even in his rebellion, he experienced God’s grace.  According to the narrative, he did not drown because “the Lord had prepared (appointed, destined) a great fish to swallow Jonah. And Jonah was in the stomach of the fish three days and three nights” (Jonah 1:17, AMP). God had reeled him in.

It is easy to think that as Jonah hit the water, the fish was right there.  However, that was not the case.  In the mess of what was the great fish’s stomach, “Jonah prayed to the Lord his God” (Jonah 2:1), a prayer in which he stated what had happened: “For You cast me into the deep, into the [deep] heart of the seas, and the currents surrounded and engulfed me; all Your breakers and billowing waves passed over me.  Then I said, ‘I have been cast out of Your sight. Nevertheless, I will look again toward Your holy temple.’ The waters surrounded me, to the point of death.  The great deep engulfed me, seaweed was wrapped around my head.  I descended to the [very] roots of the mountains.  The earth with its bars closed behind me [bolting me in] forever, yet You have brought up my life from the pit (death), O Lord my God.  When my soul was fainting within me, I remembered the Lord, and my prayer came to You, into Your holy temple. Those who regard and follow worthless idols.  Turn away from their [living source of] mercy and lovingkindness.  But [as for me], I will sacrifice to You with the voice of thanksgiving; I shall pay that which I have vowed.  Salvation is from the Lord!’” (vv. 2-9).  For a moment, and must have seemed like an eternity, God allowed him to experience some of the consequences of his choices.  Before the fish swallowed him up, he almost drowned.  In the belly of the fish, he asked for a second chance to do what was right; to do what he had promised.  He repented.

How did God respond to Jonah’s eventual submission? We are told, “So the Lord commanded the fish, and it vomited Jonah up onto the dry land” (v. 10).  A casual reading of the text prevents us from appreciating how messy his deliverance was. Here he was vomited out and he would have been covered over with just about everything that was in the fish’s stomach – after three days.  You get the idea.  Sometimes when God delivers us from messy situations, we do not necessarily come out smelling like roses.  Some of us will show battle scars, some may come out with a limp, others with something else.  However, instead of being badges of shame, these are signs of our brokenness.  Like Jonah, it is only when we are broken by God of our rebellious and self-dependent ways that we learn how to cling to Him.  Pastor A.W. Tozer was right when he said, “It is doubtful whether God can bless a man greatly until He has hurt him deeply.” It is as the prophet Samuel said to Saul, “to obey is better than sacrifice, and to hearken than the fat of rams. For rebellion is as the sin of witchcraft, and stubbornness is as iniquity and idolatry” (1 Samuel 15:22-23, KJV).

It is futile to try to run away from God’s call upon our lives. If and when we try to, the struggles we often experience are a direct result of God stepping into our rebellion and using those situations to get our attention and ultimately, our submission.  Bible scholar Albert Barnes puts it this way: “When God calleth to an office or condition whose object it is to live for the salvation of others, He gives grace and means necessary or expedient to this end. For so the sweet and careful ordering of His Providence requireth. Greater peril awaiteth us from God our Judge, if we flee His calling as did Jonah, if we use not the talents entrusted to us to do His will and to His glory.” Jonah boarded a ship to Tarshish, the opposite direction of where he was supposed to go.  Where are you headed?