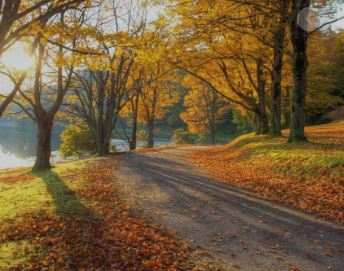 Elijah had just delivered God’s judgment to King Ahab that there would be no rain in Israel until he (Elijah) said so, after which God told him, “Get thee hence, and turn thee eastward, and hide thyself by the brook Cherith, that is before Jordan. And it shall be, that thou shalt drink of the brook; and I have commanded the ravens to feed thee there” (1 Kings 17:3-4, KJV). This sure sounded like he would be settled in for the long haul! It is interesting to note that Elijah did not make prior preparations for himself even though he knew what was coming. There was no borrowing of pots and pans to store water. Rather, he did exactly as the Lord told him “and the ravens brought him bread and flesh in the morning, and bread and flesh in the evening; and he drank of the brook” (v. 6).

We do not know for how long he was there, but what we know is that “after a while . . . the brook dried up because there had been no rain in the land. And the word of the LORD came unto him, saying, ‘Arise, get thee to Zarephath, which belongeth to Zidon, and dwell there: behold, I have commanded a widow woman there to sustain thee'” (vv. 7-9). So far, everything had gone exactly as God had said. What we want to note, however, are the following: 1) it was God who had sent him to the brook; 2) the brook dried up; 3) it was time for him to move again. Why didn’t God simply bring food to Elijah where he was by other means? For sure, that would not be a big deal for a God who had demonstrated on Mount Carmel that He was the God of everything (see 1 Kings 18:16-45). I would like to suggest that this was not about God but Elijah. Would he trust God in a situation where he had nothing else to fall back on? His season at the spot was over. God’s faithfulness would continue to and beyond Zarephath.

Life really is about seasons. In Ecclesiastes 3:1 we read, “To everything there is a season, and a time to every purpose under the heaven” and there are times when God has us walk a certain path that is meant to last only for a season.  However, we can become so comfortable by our dried-up brook reflecting on the way things were that we fail to trust God with the next step. Maybe we are expecting Him to do something in a way He has done it before, yet being God, He can do anything in whatever way He chooses. For Elijah, the famine was not over but his season by the brook was. Had he stayed by the brook he would have died from starvation. His blessing, food and sustenance, was now commanded in Zarephath and in order to claim it, he had to leave where he was. A dried-up brook could be a failed friendship/relationship, a job loss, a disappointment, or some other unexpected challenge. Regardless of whatever it is, it could be that your blessing has been commanded elsewhere. All of this assumes no violation of God’s Word, for He will not give an instruction that conflicts with His Word.

Have you been given instructions to do something different from what you have been accustomed to? To move outside of your comfort zone?  If God has demonstrated His faithfulness in your life, you can trust Him with your next step. He knows what He is doing.