WEEKLY DEVOTIONAL - "How is It That Ye Have No Faith?" - Jamaicans.com 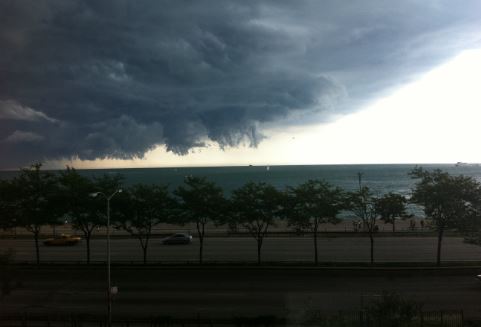 Jesus was at it again.  This time it was the disciples who provoked Him. In the relatively short time they had been together, they saw Him perform a number of miracles while confounding the religious leaders with His understanding of the Scriptures and His teachings. According to Mark’s narrative, Jesus not only ordained twelve disciples, He also gave them power to preach and work miracles (Mark 3:14-15).
On this day, after an exhausting time of teaching, Jesus was taking a well-deserved nap as they were travelled by boat across the Sea of Galilee into the country of the Gadarenes. Mark tells us that “there arose a great storm of wind, and the waves beat into the ship, so that it was now full” (4:37, KJV). By this time, the petrified disciples awoke Jesus and said unto Him, “Master, carest thou not that we perish?” (v. 38), at which point Jesus “arose, and rebuked the wind, and said unto the sea, ‘Peace, be still.’ And the wind ceased, and there was a great calm” (v. 39).  When calm was restored, “He said unto them, ‘Why are ye so fearful? how is it that ye have no faith?’ And they feared exceedingly, and said one to another, ‘What manner of man is this, that even the wind and the sea obey Him?'” (vv. 40-41). After all they had seen up to that time, they still had no idea who Jesus really was and what He was able to do.
Before we judge them too harshly, are you and I any different? We spend time with Jesus, talk about Jesus, and we have the benefit of reading all about His ministry and the miracles He performed, but how do we react when we are faced with life’s storms and our individual boats are filled with water?  The disciples had the power to heal sicknesses and to cast out devils, but to them calming a storm was something different!  Yet in His rebuke, Jesus revealed something quite profound. He said unto them, ‘Why are ye so fearful? how is it that ye have no faith?’ In other words, it wasn’t that they could not have calmed the storm themselves.  Their problem was they had no faith. It never dawned on them that the power that was given to them could be activated to deal with any situation they encountered.
Jesus did not have to be divine to know His disciples had no faith.  He knew that anyone with faith as small as a mustard seed could speak to mountains and not only would the mountains obey, but “nothing shall be impossible” unto those who exercised that faith in God (see Matthew 17:20).  That includes you and me.  Jesus’ lesson to the disciples is still relevant to us today.  As long as we have mustard-seed faith we do not have to be intimidated by life’s storms, those situations that threaten to and sometimes overwhelm us. We do not have to be anxious, nervous, or afraid. There really is no situation you can face that cannot be silenced in the presence of active faith.  Instead of “waking” Jesus to tell Him about your storm, how about using your faith, no matter how small, and speak to the storm yourself? Remember, nothing is impossible to those who believe.
Rate this post