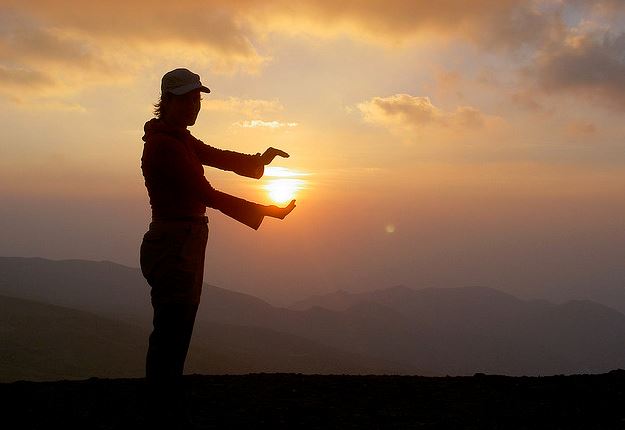 According to Numbers 13, when the twelve spies returned from spying out the land God had promised them, ten of them returned with a negative report. The land was as God said it would be, “neverthless the people be strong that dwell in the land, and the cities are walled, and very great: and moreover we saw the children of Anak there. The Amalekites dwell in the land of the south: and the Hittites, and the Jebusites, and the Amorites, dwell in the mountains: and the Canaanites dwell by the sea, and by the coast of Jordan” (vv. 28-29, KJV).  Caleb, one of the two with a different opinion, “stilled the people before Moses, and said, ‘Let us go up at once, and possess it; for we are well able to overcome it. But the men that went up with him said, We be not able to go up against the people; for they are stronger than we'” (vv. 30-31).
One would think that after all the miracles God had performed in taking them out of Egypt, the last thing they would do was to doubt whatever He told them.  However, they got so wrapped up in what they saw that it affected their perception of themselves.  Verse 33 tells us, “We saw the giants, the sons of Anak, which come of the giants: and we were in our own sight as grasshoppers, and so we were in their sight” and therein lies the problem when we look at our challenges with our natural eyes instead of seeing them as God sees them. There is no doubt that God often takes His people through seemingly impossible situations, but He does so fully expecting His people to trust Him in the journey.  It is as the saying goes, “If God takes you to it, He will lead you through it;” something we tend to forget when we stand before what seems like insurmountable challenges.
Yet God desires to show Himself strong in the lives of His people. If we are constantly faced with situations that we can overcome on our own, we would be totally self-reliant and God would take second place in our lives. However, in order to claim all the things He declares to be ours, we have to have faith in His ability to do all that He says He will do.  There are no situations too difficult for Him to handle, none so far gone that is beyond the reach of His power and might.
It is absolutely important that we remember that God can be trusted. He “is not a man, that He should lie; neither the son of man, that He should repent: hath He said, and shall He not do it? or hath He spoken, and shall He not make it good?” (Numbers 23:19). Because His track record is perfect, His promises are one hundred percent guaranteed.  Once we are fully persuaded of this fact, it will change the way we think; it will change the way we see ourselves.
Amidst life’s challenges, are you believing God for what He has promised you?