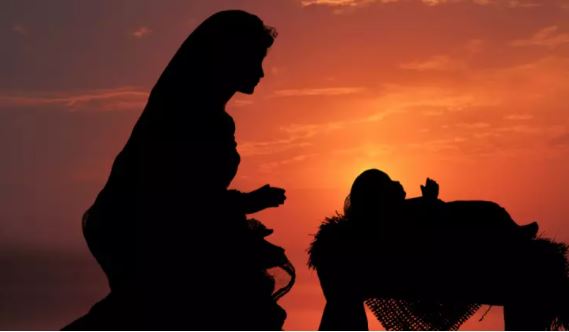 The angel Gabriel was busy.  Six months earlier he had visited Zachariah with the news that the long-forgotten prayers of he and his wife for a child would be answered in this very late season of their lives. Now, this angelic messenger was on another assignment, “sent from God to a city in Galilee called Nazareth, to a virgin betrothed to a man whose name was Joseph, a descendant of the house of David; and the virgin’s name was Mary” (Luke 1:26b-27, AMP).  The subsequent events around this visit are at the heart of the Christmas Season, a time most of the world set aside to remember and celebrate the birth of Jesus, the Christ.

It is not difficult to understand how certain male babies born into royal families become kings.  However, never in the history of the world has a king become a baby.  Yet that was one of the significant messages in Gabriel’s announcement to Mary.  The baby that would be born was making an entrance into the world, but He was doing so from another place.  He was promised from as far back as in the Garden of Eden when God said to the serpent, “And I will put enmity (open hostility) between you and the woman, and between your seed (offspring) and her Seed; He shall [fatally] bruise your head, and you shall [only] bruise His heel” (Genesis 3:15).  Through various dispensations, prophets prophesied about Him and the religious establishment looked for Him.  He was expected, but nobody knew exactly where, when, or how.  But since He existed before His arrival as a baby, who was He?  The apostle John unveiled the divine Jesus when he wrote, “In the beginning [before all time] was the Word (Christ), and the Word was with God, and the Word was God Himself. He was [continually existing] in the beginning [co-eternally] with God. All things were made and came into existence through Him; and without Him not even one thing was made that has come into being” (John 1:1-3).

This same baby Jesus was the Word, He was with God, He was God Himself . . . continuously existing with God.  In other words, there was never a time that He never was. Creator and sustainer of all, king of heaven and earth.  At the appointed time, John tells us, “The Word (Christ) became flesh, and lived among us; and we [actually] saw His glory, glory as belongs to the [One and] only begotten Son of the Father, [the Son who is truly unique, the only One of His kind, who is] full of grace and truth (absolutely free of deception)” (v. 14).  Matthew Henry observes, “By His divine presence He always was in the world, and by His prophets He came to His own. But now that the fulness of time was come He was sent forth after another manner, made of a woman (Galatians 4:4); God manifested in the flesh.” In other words, God’s gift to the world – to reconcile the world to Himself – was the incarnate Christ.

It is this unique entrance into the world that we celebrate this and every Christmas season.  Jesus was born not in a lofty place, but at birth was placed in a manger amongst the animals.  Luke tells us there was no room in the guest room (Luke 2:7, NIV). Isacc Watts, in 1719, penned the words that start the well-known carol: “Joy to the World, the Lord is come / Let earth receive her king / Let every heart prepare Him room / And heaven and nature sing.” On the night when joy came into the world, there was no room for the King of kings and Lord of lords. Now every heart is charged with the responsibility to make room for Him.  Amidst the hustle and bustle of the holiday season, is there room in your heart and life for Jesus?

To you and yours, a very Merry Christmas!