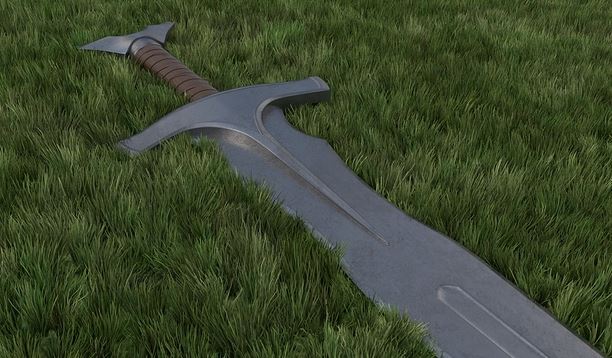 Jehoshaphat and all of Judah stood before the LORD as they acknowledged their dependence on Him in their latest crisis (see 1 Chronicles 20:1-13). They did not know what to do, but their eyes were upon Him who was able to do all things.  According to the narrative, at that moment the Spirit of the LORD came upon Jahaziel in the midst of the congregation and he said, “Listen carefully . . . the Lord says this to you: ‘Be not afraid or dismayed at this great multitude, for the battle is not yours, but God’s.  Go down against them tomorrow. Behold, they will come up by the ascent of Ziz, and you will find them at the end of the river valley, in front of the Wilderness of Jeruel. You need not fight in this battle; take your positions, stand and witness the salvation of the Lord who is with you, O Judah and Jerusalem. Do not fear or be dismayed; tomorrow go out against them, for the Lord is with you’” (vv. 15-17, AMP).

Having received such an encouraging word from the LORD, “Jehoshaphat bowed with his face to the ground, and all Judah and the inhabitants of Jerusalem fell down before the Lord, worshiping Him” (v. 18).  As Bible scholar John Gill observes, this was “not only in reverence of God, and His prophet, but as a token of his belief of what was said, and his thankfulness for it.”  It is important to note that the answer to Jehosophat’s prayer was a speedy one. Before the congregation was dismissed that day, before they had a chance to further consider what they were up against, before faith gave way to fear, the LORD had graciously answered.  When God’s people ask for directions, He typically provides instructions. This time was no different.

As I reflected on the words of Jahaziel, three important things stood out. First, “Be not afraid or dismayed at this great multitude.” Fear had driven them to God, but that fear also had the potential to drive them away from God. Second, “the battle is not yours, but God’s.” In other words, it was not in their own strength, or in their own might, that they would engage the enemy for God had taken interest and invested Himself in their cause. Third, God gave them clear instructions, “Go down against them tomorrow. . . . You need not fight in this battle; take your positions, stand and witness the salvation of the Lord who is with you.” They would not have to wait long to see the hand of God at work in their situation.

Just as the danger to the Judahites was very threatening, so are our challenges and dangers, COVID-19 included.  ​At least from our perspective.  ​It was in the midst of their danger that the LORD spoke.  Like Jehoshaphat, “. ​. . ​we have no might against this great company that cometh against us; neither know we what to do: but our eyes are upon thee.” In the midst of this honest helplessness, God can speak words of encouragement to us as well. “Be not afraid or dismayed at what is in front of you, for the battle is not yours, but God’s” are words that He speaks to us today. ​We cannot face our fears in our own strength; we must rely upon the LORD to invest Himself in our cause. ​ Like Jehosophat, may we too respond with worship and embrace and follow wholeheartedly whatever instructions He provides.