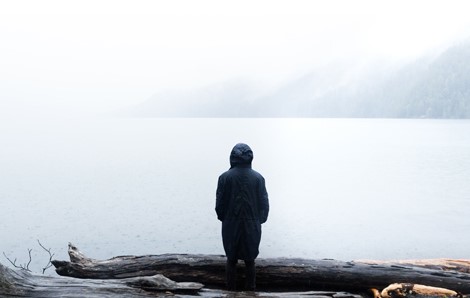 If ever there was an eleventh commandment, I believe it would have been “You shall not complain.”  Being around some people can be downright depressing. To listen to them speak is like reading from a book of complaints. They are often joyless, hardly ever satisfied, and their perspective on life is so skewed that their cup is always half-empty, never half-full. To tell them a cheerful “Good Morning” is to be met with an attitude that says, “What’s good about it?” and to do them a favor is to be viewed with suspicion. Simply put, these people could wear out a saint and often do.

At different times in its history, the nation of Israel was like that. In various portions of the Old Testament narratives, we read of God’s chosen people “murmuring”, more accurately, “complaining” (e.g., Exodus 15:24; 16:2; 17:3, KJV). This was despite obvious signs of God working miraculously in different situations on their behalf.  According to the psalmist, “Our fathers understood not thy wonders in Egypt; they remembered not the multitude of thy mercies; but provoked Him at the sea, even at the Red Sea. . .. Wondrous works in the land of Ham, and terrible things by the Red Sea. . .. They soon forgot His works; they waited not for His counsel. . .. Yea, they despised the pleasant land, they believed not His word: But murmured in their tents, and hearkened not unto the voice of the LORD” (Psalm 106:7, 13, 22, 24-25).  The entire chapter is worth reading for a front-row seat to their actions and attitudes.

The online Merriam-Webster dictionary gives us two meanings of the word complain: 1) to express grief, pain, or discontent, and 2) to make a formal accusation or charge. Given those definitions, sure there are times complaining would be appropriate. So, what was so wrong with what they did? It was in how they did it and their actions that resulted. No matter how faithful God was to them, performing miracles after miracles, whenever they came across any difficulties, they forgot the goodness of God and complained. In biblical Hebrew, the word translated murmur implies that they not only complained, but they did so all night. They murmured against God, against Moses, against everything, so much so that Moses “cried unto the LORD” (Exodus 15:22-25). Can you hear them? Murmuring had become so much a part of them that they no longer listened to the voice of the LORD (Psalm 106:25). That’s dangerous ground to stand on.

The LORD was not amused. In one instance the narrative tells us, “And when the people complained, it displeased the LORD” so much so that “the LORD heard it, and His anger was kindled, and the fire of the LORD burnt among them and consumed them that were in the uttermost parts of the camp” (Numbers 11:1).  It is worth noting the initial divine response to the complaints: “And when the people complained, it displeased the LORD.” Read those words again, slowly. It is one thing to cry out to the Lord; another thing to complain against Him. For sure, things do not always go our way and at different times we face various challenges, but let us not forget that God can and often use those situations for our benefit (Romans 8:28-29); that He knows what He is doing. Let us trust Him instead of complaining. He is very pleased with that (Hebrews 11:6).