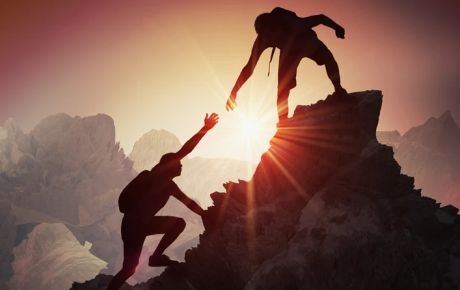 Among the disciples mentioned in the early church was a little-known one by the name of Joseph (Joses).  According to Luke, in the fledgling church, “there was not a needy person among them, for as many as were owners of lands or houses sold them and brought the proceeds of what was sold and laid it at the apostles’ feet, and it was distributed to each as any had need” (Acts 4:34, ESV).  He then took the time to single out Joseph: “Thus Joseph, who was also called by the apostles Barnabas (which means son of encouragement), a Levite, a native of Cyprus, sold a field that belonged to him and brought the money and laid it at the apostles’ feet” (vv. 36-37).  These last two verses seem somewhat redundant as Joseph’s actions would have been covered in the actions of those mentioned in verse 34. So, why would Luke single out Joseph Barnabas given that he was not the only Jew in the city at the time?  I believe a part of the answer was in relation to how the disciples referred to him – as the “son of encouragement.” Bible scholar Albert Barnes tells us, “The practice of giving surnames, as expressive of character, was not uncommon.”  This disciple was one who encouraged and was known because of it.

The definition of the word encourage includes “to make (someone) more determined, hopeful, or confident” and “to inspire with courage, spirit, or hope.”  It is interesting to note how these characteristics played out through Barnabas as recorded in the book of Acts.  It was the same Barnabas who introduced the newly converted Paul, previously Saul the persecutor of the early Christians, to the other apostles at a time when they were afraid of him and unwilling to acknowledge him as an apostle (Acts 9:26-27).  When the church started in Syrian Antioch, it was Barnabas who was sent to encourage the new believers there (Acts 11:19-24). When the Holy Spirit chose Paul and Barnabas to be missionaries (Acts 13:2), the church at Antioch sent them both off.  Given the challenges of travel and ministry, he was the ideal encourager to go with Paul.  They continued as travel companions before they separated due to a “sharp disagreement” over Mark, another travel companion (Acts 13:13; Acts 15:35-41).  It is interesting to note that the separation was because of Barnabas’ willingness to be patient with Mark’s failures and give him another chance, the same position he took with Paul/Saul when he willingly set aside his history of persecution and gave him a chance to prove himself as a Christian convert.

As I read through the relationship between the two men, it was evident that Paul benefitted greatly from Barnabas’ encouragement.  This may have been on his mind when he wrote to the believers in Rome, “We have different gifts, according to the grace given to each of us. If your gift is . . . to encourage, then give encouragement” (Romans 12:6, 8, NIV).  God placed such importance on encouragement and its benefits that the Holy Spirit distributed it as one of the spiritual gifts.  Someone once said, “More people fail for lack of encouragement than for any other reason.”  That is because, as George M. Adams puts it, “Encouragement is oxygen to the soul.” Without oxygen, we die.  As we continue to navigate through the COVID-19 pandemic, and various other personal and life challenges, many people have been impacted one way or another by the stress and strain of it all.  The smiles on their faces hide the doubts, fears, and anxieties in their hearts.  Even if we are doing “OK,” or seem to be holding it all together, every now and again we all could use a word of encouragement.

There are several ways that we can practice encouragement.  In her blog post The Power of Encouragement, author Jeanne Zornes lists eight of them: speaking pleasant words, writing a note to say you care, offering our presence (be there), positive touching, helping, giving, showing hospitality, and praying. Encouragement can mean the difference between success and failure.  While it is good to be able to encourage oneself, encouragement is the wind some people need under their wings to rise above their circumstances; to get that second wind to walk through their valley experiences.  In the hustle and bustle of everyday living, it is easy to take each other for granted.  To not see those who are struggling.  Let us make a commitment to encourage at least one person daily.  In doing so we will discover the truth of Proverbs 11:25, “Those who refresh others will themselves be refreshed” (NLT).  Just the way God intended for it to be.