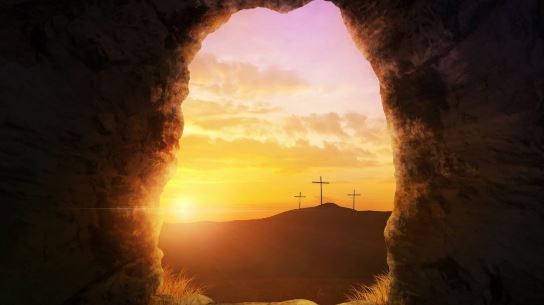 Ressurection Sunday is now behind us.  The songs and biblical passages proclaiming the resurrection of Jesus await 2021 to be heralded again.  For Christians everywhere, the empty tomb of Jesus is the cornerstone of our faith.  In his letter to the church in Corinth, Paul writes, “If Christ has not been raised, then our preaching is vain [useless, amounting to nothing], and your faith is also vain [imaginary, unfounded, devoid of value and benefit—not based on truth] . . . worthless and powerless [mere delusion]; you are still in your sins [and under the control and penalty of sin]” (1 Corinthians 15:14, 17, AMP).  Without a risen Christ, there would be no risen Saviour.

For three days, the forces of darkness thought they had won.  A bloodied and crucified Jesus hung dead on a cross like a common criminal.  He was assigned a grave with the wicked (Isaiah 53:9) and some of His closest followers, after the Sabbath was over and very early on the first day of the week, showed up at His tomb with burial spices to anoint His body (Mark 16:1-2). Then the shocking discovery! The large stone blocking the entrance to the tomb was rolled away and Jesus’ body was missing. Instead, in the tomb was a young man with the greatest news of all times: “Do not be amazed; you are looking for Jesus the Nazarene, who was crucified. He has risen; He is not here. See, [here is] the place where they laid Him” (Mark 16:6).

In the words of hymn-writer Robert Lowry, “Up from the grave He arose, with a mighty triumph o’er His foes / He arose a Victor from the dark domain, and He lives forever with His saints to reign / He arose! He arose! Hallelujah! Christ arose!”  Not only did Christ arose a victor, but in defeating death, hell, and the grave, He then put on the greatest championship parade in the spiritual realm. Paul puts it this way, “When He had disarmed the rulers and authorities [those supernatural forces of evil operating against us], He made a public example of them [exhibiting them as captives in His triumphal procession], having triumphed over them through the cross” (Colossians 2:15).  In Jesus’ day, victors publicly paraded the defeated for all to see. The resurrected Christ did the same.

Bible scholar John Gill writes, “The cross, where His enemies thought to make a show of Him, expose Him to public scorn and contempt, and to triumph over Him, was as it were the triumphant chariot, in which He triumphed over all the powers of hell, when He had conquered them by it.”  Resurrection Sunday is more than just an annual proclamation; it is an everyday celebration.  Because of it, Christians get to remind Satan of his defeat and we can do so every day! Christ defeated him before, and He will do it again.  The forces of darkness can and will never win.  We serve the all-time undisputed, undefeated heavyweight champion of the entire universe.  The empty tomb tells the whole story!