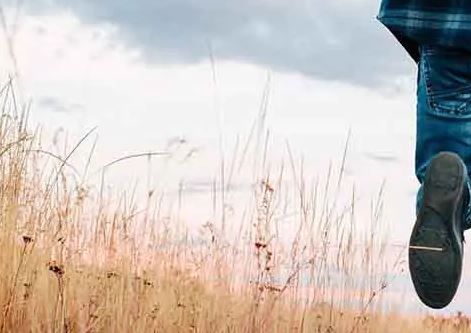 God had instructed Jonah to go to the city of Nineveh and proclaim judgment against it, “but Jonah ran away to Tarshish to escape from the presence of the Lord [and his duty as His prophet]. He went down to Joppa and found a ship going to Tarshish [the most remote of the Phoenician trading cities]. So he paid the fare and went down into the ship to go with them to Tarshish away from the presence of the Lord” (Jonah 1:3, AMP).  As the reluctant prophet headed in the opposite direction from where he should have gone, for a while it seemed he had gotten away with it.  Then God stepped in. According to the narrative, “But the Lord hurled a great wind toward the sea, and there was a violent tempest on the sea so that the ship was about to break up” (v. 4).  As Jonah made his plans to run away from his calling, God had also made His plans for Jonah.

The word “but” is an interesting one in our vocabulary. The online Merriam-Webster dictionary defines it as being “used to introduce a statement that adds something to a previous statement and usually contrasts with it in some way.” The Wisdom writer uses the word in a profound way when he reminds us, “Many plans are in a man’s mind, but it is the Lord’s purpose for him that will stand (be carried out)” (Proverbs 19:21).  In the case of Jonah, he had made his plans but God also had His and they were opposite to Jonah’s. The same holds true for us, especially when we are marked for an assignment.  The wind that God sent the way of the ship was of such that “the sailors were afraid, and each man cried out to his god, and to lighten the ship [and diminish the danger] they threw the ship’s cargo into the sea. But Jonah had gone below into the hold of the ship and had lain down and was sound asleep” (Jonah 1:5). Notice that Jonah was not kept awake by a guilty conscience.  It is possible to knowingly disobey God and not be overly bothered by it.  Though he was rebelling against God and despite the storm, he still managed to sleep soundly.  Since every man was calling upon his god for help, “the captain came up to him and said, ‘How can you stay asleep? Get up! Call on your god! Perhaps your god will give a thought to us so that we will not perish” (v. 6).

The sailors eventually found out that Jonah was the cause of their trouble and they started to question him (vv. 7-8). The narrative tells us, “He said to them, ‘I am a Hebrew, and I [reverently] fear and worship the Lord, the God of heaven, who made the sea and the dry land.’ Then the men became extremely frightened and said to him, ‘How could you do this?’ For the men knew that he was running from the presence of the Lord, because he had told them. Then they said to him, ‘What should we do to you so that the sea will become calm for us?’—for the sea was becoming more and more violent.  Jonah said to them, ‘Pick me up and throw me into the sea. Then the sea will become calm for you, for I know that it is because of me that this great storm has come upon you'” (vv. 9-12). But the men were reluctant to do this.  They tried to get back to land “but they could not, because the sea became even more violent [surging higher] against them. Then they called on the Lord and said, ‘Please, O Lord, do not let us perish because of taking this man’s life, and do not make us accountable for innocent blood; for You, O Lord, have done as You pleased.’  So they picked up Jonah and threw him into the sea, and the sea stopped its raging” (vv. 13-15).

Two important points are worth noting: 1) Nowhere in the narrative did anyone blame the devil, the enemy, for the storm. We are clearly told that this was the Lord’s doing (v. 4); and 2) Jonah took responsibility for the distress in which the group found themselves – “I know that it is because of me that this great storm has come upon you.”  Some of us are notorious for blaming the devil for anything we consider to be bad, but to take such a simplistic view demonstrates a serious failure to acknowledge and understand the sovereignty of God and His right to do whatever, whenever, however, and with whomever He pleases.  Job, when confronted with this reality, said to God, “No one can oppose you, because you have the power to do what you want” (Job 42:1-2, CEV).  The pagan sailors in the middle of the violent storm said, “You, O Lord, have done as You pleased” (v. 14), echoing the words of the psalmist, “The Lord does whatever pleases Him, in the heavens and on the earth, in the seas and all their depths” (Psalm 115:3, NIV).  To simply blame the devil is easier than taking responsibility for the mess we sometimes find ourselves in.  However, when God steps in, He will do whatever is necessary to get our attention, even if He has to use something “bad.” Just ask Jonah.