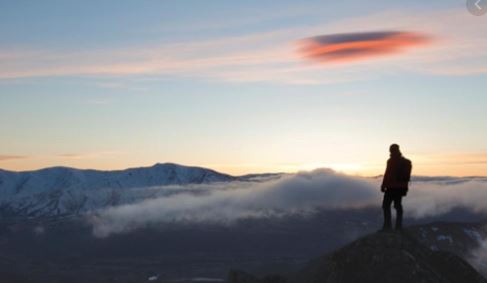 Under the oppression of the Midianites, the people of Israel, God’s people, were reduced to starvation. According to the narrative, “Whenever the Israelites planted their crops, [raiders] from Midian, Amalek, and the people of the east would attack Israel, camping in the land and destroying crops as far away as Gaza. They left the Israelites with nothing to eat, taking all the sheep, goats, cattle, and donkeys. These enemy hordes, coming with their livestock and tents, were as thick as locusts; they arrived on droves of camels too numerous to count. And they stayed until the land was stripped bare” (Judges 6:3-6, NLT). It was as if God had abandoned them.

It is no wonder then that when the angel of the Lord appeared to Gideon with the message, “Mighty hero, the Lord is with you!” that Gideon, fully aware of Israel’s plight, replied, “Sir, if the Lord is with us, why has all this happened to us? And where are all the miracles our ancestors told us about? Didn’t they say, ‘The Lord brought us up out of Egypt’? But now the Lord has abandoned us and handed us over to the Midianites” (vv. 12, 13). Gideon’s two profound questions could just as easily have been “Sir, where is God in all this mess?” and “Where are all the miracles we have heard and read about?”  For some of us, as we look around at our lives and circumstances, as well as the world at large, we have asked or are asking those very same questions.  For others, a bigger question blasphemously hovers in the back of our minds – is there even a God? Because it certainly seems like the “bad guys” are in control of the planet and just about all that is going on.

Yet despite Gideon’s protestations, it was not the Lord who had abandoned Israel but Israel who had abandoned Him.  The writer tells us, “The Israelites did evil in the Lord’s sight. So the Lord handed them over to the Midianites for seven years” (v. 1). In other words, God’s people were reaping the consequences of their disobedience which ultimately led to their sins (see vv. 7-10). In other words, their experiences were a direct result of their actions. Yes, the Lord had handed them over to the Midianites but He had reasons for doing so. Unfortunately, instead of repenting of their idolatrous ways and turning back to Him, they blamed Him for their state of affairs. They expected His protection and blessings to flow despite their waywardness.  They neglected to take any responsibility for the situation in which they found themselves.

What does that have to do with us?  Doesn’t their story sound familiar?  As it was with them, so it is with us at times.  When bad things happen to God’s people, it is not always the devil’s fault and it is not necessarily that God has “abandoned” us.  In fact, His promise to Israel to never to leave nor forsake them is one that we too can claim (see Hebrews 13:5).  However, if we consistently refuse to walk in His ways, we are likely to experience His displeasure. Like a loving father, He does not allow us to get away with rebellion but “disciplines those He loves, and He punishes each one He accepts as His child” (Hebrews 12:6).  Yes, we do have a part to play and we do reap the benefits of our obedience as well as the consequences of our disobedience. We can blame the devil and others as much as we want to, but it doesn’t change the fact that we are ultimately responsible and will be held accountable for our actions.

Have you found yourself in a tight spot or two lately?  How is your obedience to the Word of God?