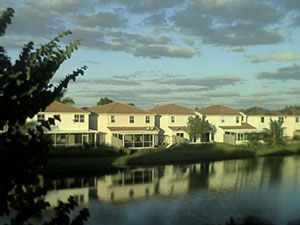 The South Florida region of the United States is home to the 2nd largest Jamaican population out side of Jamaica . The political turmoil in Jamaica in the 70’s resulted in a mass exodus of Jamaicans to Miami. What makes South Florida attractive to Jamaicans is: the year round climate is similar to Jamaica, a lot of the same fruits & vegetables can grow there, it’s close proximity to Jamaica, it’s cultural mix of people & low cost of living.

The population of Jamaicans was originally concentrated in Miami-Dade county but they are now spread across Broward & Palm Beach. Although Jamaicans live all across these counties, below are a few of the areas that have a substantial population.

North Dade/Norland – drive along 183rd Street which is in the heart of this North Miami neighborhood & you will see many Jamaican businesses along the way.

Miramar/Pembroke Pines is in South Broward County which borders North Miami/Norland, has a large Jamaican population and even a Jamaican born elected official.

Lauderhill, fondly called ‘Jamaica Hill’, is probably the most distinct Jamaican community in the South Florida area. They boast the most Jamaican born elected officials and most Politiicans from Jamaica, seeking South Florida support, visit this city

Lauderlakes/Plantation/Sunrise – these communities surround the city Lauderhill & have a large Jamaican community.

Coral Springs, in the north, has increasingly become popular for wealthier Jamaicans, with Margate to its east also gradually filling up with a newly migrating Jamaican population.

Davie, to the South of Plantation, which hosts the Broward Education Center, features some Six university and colleges among other elememtary and technical vocational centers making it the Buzz for Jamaicans who are here in exile for College purposes. North Miami Beach also has a large Yardie following, with many health professionals zooming in on these parts with Miami Gardens and Miami Lakes featuring successful pockets as well.

The nonprofit Migration Policy Institute estimates there are approximately 336,000 members of the Jamaican diaspora community in Florida.