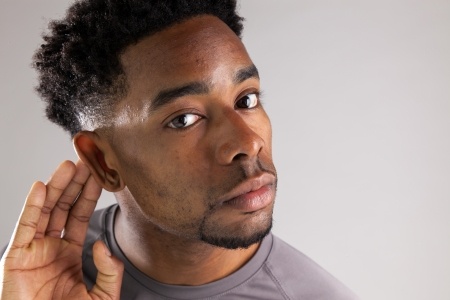 When you grow up in the Caribbean, and probably in any black neighborhood in the world, political correctness is something you only hear about on television. Realities aren’t necessarily good or bad, they’re just what they are. Where I grew up, if you have one foot, your nickname is “Oney”, if you have large eyes you’re “Bulby”, if you’re on the thick side you’re “Fatty” and so on. Many of our parents and teachers referred to us as lazy or not so pretty or slow in the head. They talked about us this way in front of our faces, but they didn’t see these labels as insults, they were just “reality”.

But coming to first world countries and understanding principles behind self improvement and personal growth, we begin to realize that having titles like these, titles that might make us see ourselves and our reality as less-than, inevitably shapes our subconscious. We can either allow this “reality” we have been saddled with to build our resilience, or we can allow it to weaken us. We can either become hopeless because our reality is so dismal, or we can become even more hopeful because we realize that we can change our reality by taking realistic action.

A very dear Republican friend of mine happens to be one of the kindest people I know, except when it comes to being forced to subsidize folks who won’t “pull themselves up by their bootstraps and make their own fortunes”. My question is, if the narrative of your “reality” has always been that you will never leave the block you grew up on, never be anyone, never amount to anything unless you have enough talent to become an athlete or an entertainer (and it’s been made clear that you have no talent), how do you change that?

Rarely does anyone ever explain to us that we have the power to change our reality. But we can. When we write our own reality checks payable to “smart”, “ambitious”, “persistent”, “dynamic”, “cool”, we can make it so that our reality becomes everything we’ve ever dreamed.

Calibe Thompson is a personality, author and the Executive Producer of “Taste the Islands”. For your free preview of her 2015 collection of writings, Things I Probably Shouldn’t Say, visit www.calibe.net.