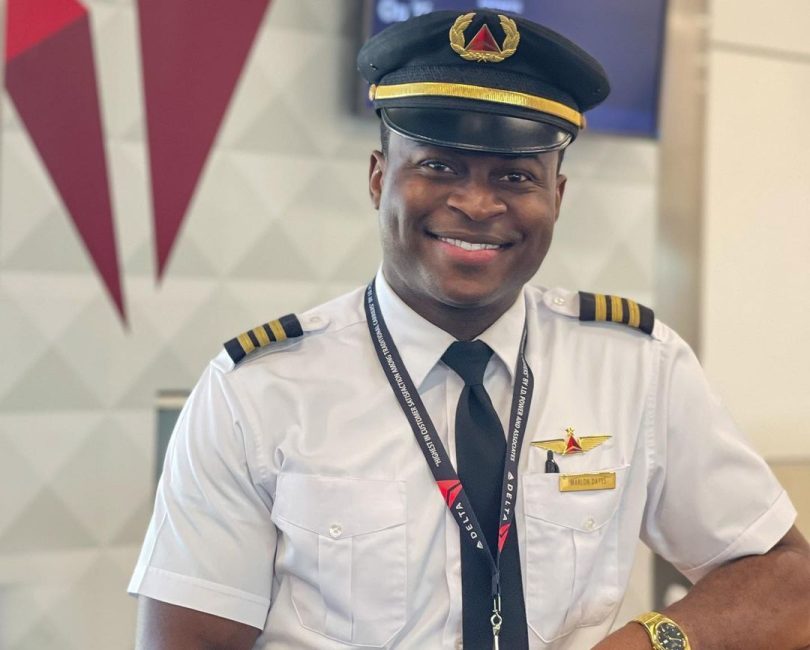 Marlon Dayes, one of the youngest commercial pilots in the world, flies for Delta Airlines and has now been promoted to the rank of captain. He announced his promotion on Twitter, posting a photo and the message, “Got promoted to Captain. A product of hard work and good timing. Beyond grateful.”

Dayes has been interested in planes and aviation since the age of five. His desire to become a pilot was spurred by his first airplane ride, which brought him and his mother to Miami from his birthplace in Jamaica. Dayes remembered how he used to stand in the airport’s gallery to watch the planes land. 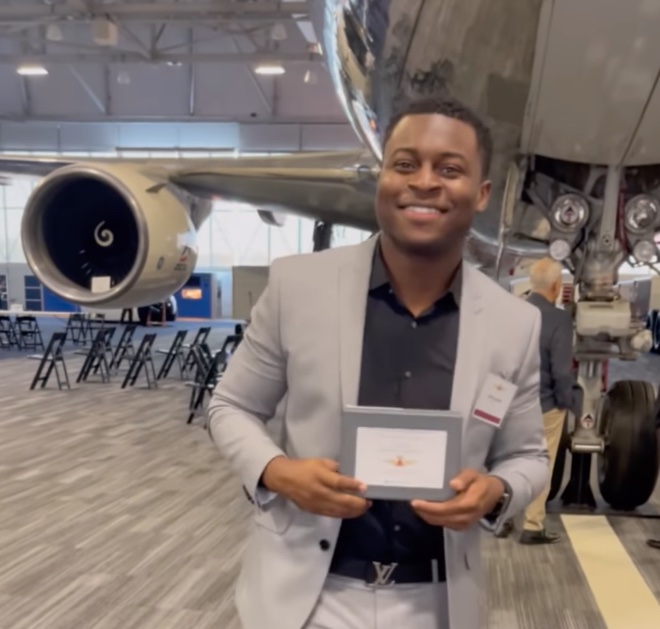 His mother continued to encourage his interest in flying and helped him until he passed his exam and left home in Buff Bay, Portland, Jamaica, to attend high school in Kingston. He graduated from Wolmer’s Boys’ School and after moving to Florida, Dayes attended the Florida Institute of Technology, graduating with honors and a degree in Aviation Management. He was able to continue his education with the help of scholarships and grants.

Dayes began flying planes at age 19 and achieved his ATP minimums through work as a flight instructor at FIT Aviation, a flight school affiliated with his university. He went to work for commercial airlines at the age of 22 and was employed by Delta Airlines when he was 25. 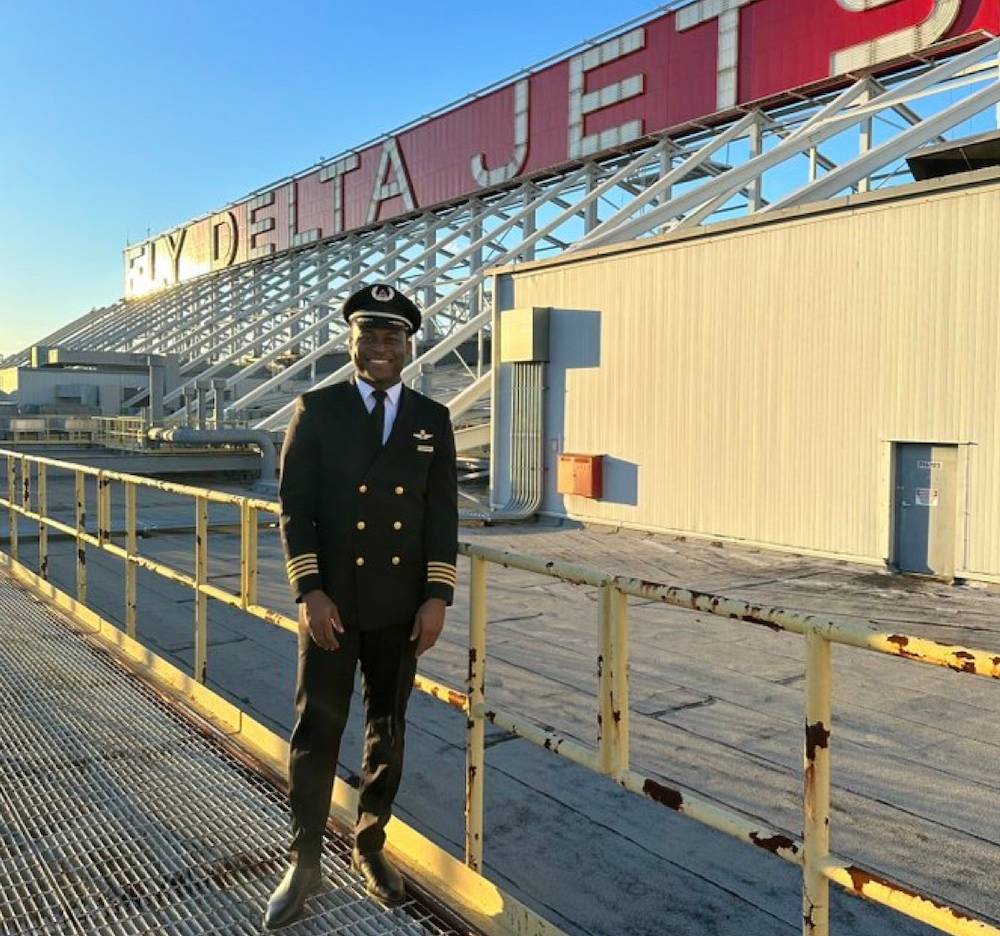 At age 26 after being with Delta for some two years, he made his first flight back to Jamaica, his birthplace, piloting a Delta Boeing 737 and landing at Norman Manley International Airport to the cheers and applause of the 150 passengers on the plane. Flying a plane back to Jamaica had been his dream, and when the flight was completed, he was thankful for the chance to fly to his “little island” and remarked how dreams really do come true.

Dayes wants to be an inspiration to other young people and wants to help them believe that they can accomplish anything in their lives if they are focused and determined to reach their goals.