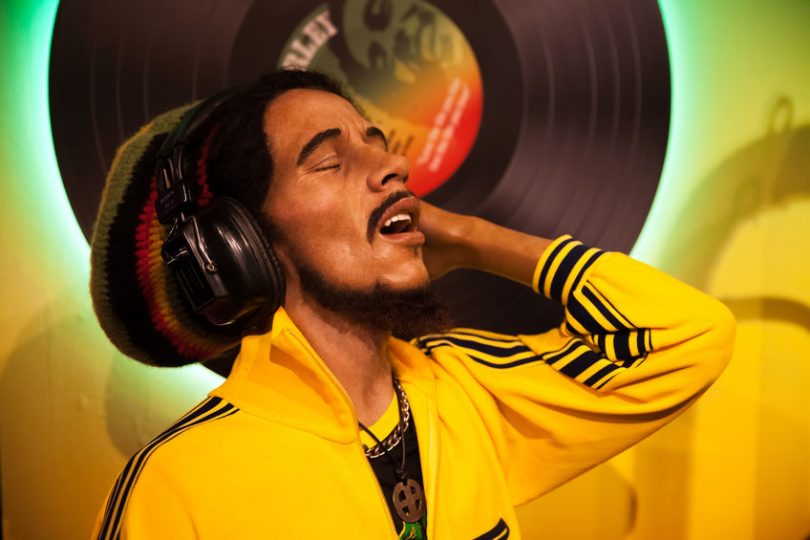 Ziggy Marley, 49, son of reggae legend Bob Marley, has joined with Paramount Pictures to develop a film designed to highlight his father’s legacy. Bob Marley died at the age of 36 from cancer in 1981, but his music lives on. He is credited with introducing the world to Jamaica’s reggae genre, rising in prominence as a member of The Wailers and touring with the band internationally. Ziggy Marley is Bob Marley’s second-oldest son. He started to follow in his father’s footsteps at the age of ten, when he often sat in on recording sessions. Ziggy produced the video for “Easy Skanking in Boston 78” by Bob Marley & The Wailers. He became successful as a musician in his own right and has made 15 albums. He owns all the rights to his music as well. In 2017, Ziggy received a Grammy for Best Reggae Album, and his song “I Love You Too” won a Daytime Emmy for its contribution to the children’s series “3rd & Bird.” It is not surprising that Ziggy became involved with the upcoming film project as he has always been active in telling the story of his father.

He was the executive producer on several documentaries, including “The Making of Legend Remixed: Marley” in 2012 and of the series “Africa Road Trip” in 2014 for the Discovery Channel. Paramount and Ziggy Marley plan to tell the story of the iconic reggae artist from a creative point of view that will celebrate things that might have been overlooked in other films. The film will illustrate how Bob Marley brought reggae into the mainstream with songs like “One Love,” “No Woman, No Cry,” and “Buffalo Soldier.” Bob Marley’s commitment to improving the lives of people in Jamaica will also be highlighted. Ziggy, whose mother is Rita Marley, Bob Marley’s widow, leads the band Ziggy Marley and the Melody Makers.

Information and Photo: 123rf,  The Source