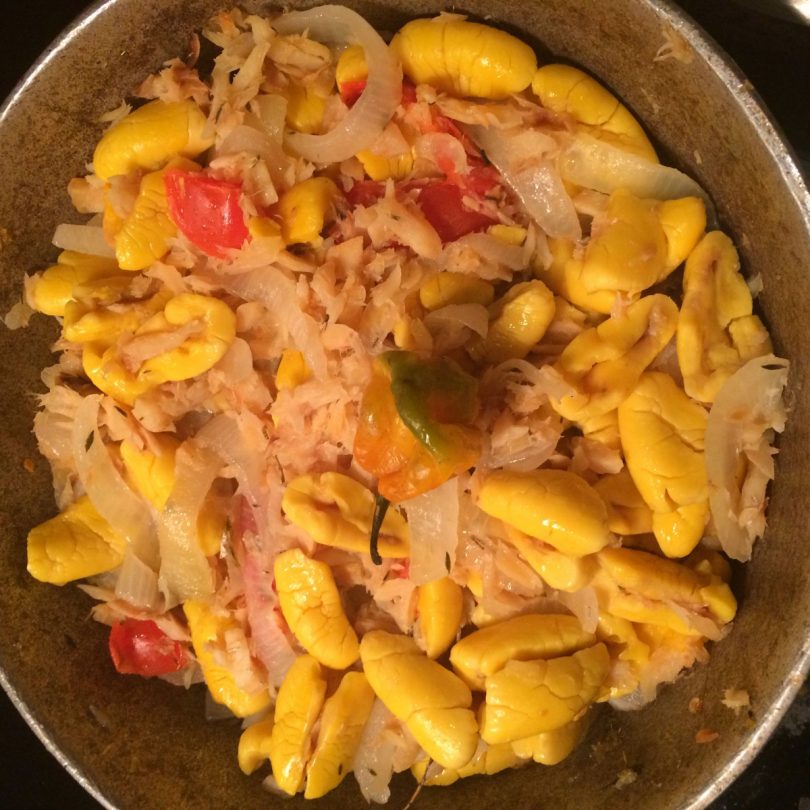 Any romantic involvement with a Jamaican is an adventure unto itself. But just imagine you that you`ve somehow managed to upset your Jamaican husband/boyfriend. He is mad and won’t forgive you. How do you soften his heart for forgiveness? With food of course! The way to a Jamaican man`s heart is definitely through his stomach. So to get on his good side, ensure that he walks through the door tonight and smell the irresistible aroma one of these dishes. Here are 5 Recipes that Will Make A Jamaican Husband/Man Forgive Anything.

Curry goat – If ackee and saltfish should ever fall short of its coveted number one position then curried goat would naturally take its place. The goat meat is seasoned with scallion, onions, garlic, thyme, spices and Jamaican scotch bonnet pepper before being bathed in curry powder and slow cooked until it is unbelievably tender. This dish is so famously mouth-watering that no self-respecting Jamaican will dare leave curry goat off the menu at a family gathering.

Mannish water – In days gone by, mannish water used to be a staple of nine nights but now it`s gotten so popular that mannish water flavoured pack soups are being sold in supermarkets. Original mannish water is a savoury soup with generous amounts of ram goat belly, goat head, and nearly all edible parts left over from the goat meat that will be curried.

Stew peas – You`d never guess that ordinary kidney beans could be made to taste like God himself seasoned it. This heavenly stew is a generous pot of red kidney beans, seasoned with local herbs and spices. Many Jamaicans swear that this dish could never be complete without adding corned pork or pig tails. However, stew peas with beef is also a popular and tasty combination.

Steam fish – Mek mi tell you something. You are definitely missing out on something good if you`ve never had a Jamaican style steamed fish seasoned with garlic, herbs and spices and a toops of butter. Even more finger licking is when it`s wrapped in aluminum foil and steamed in its own juices in the oven or on a grill.