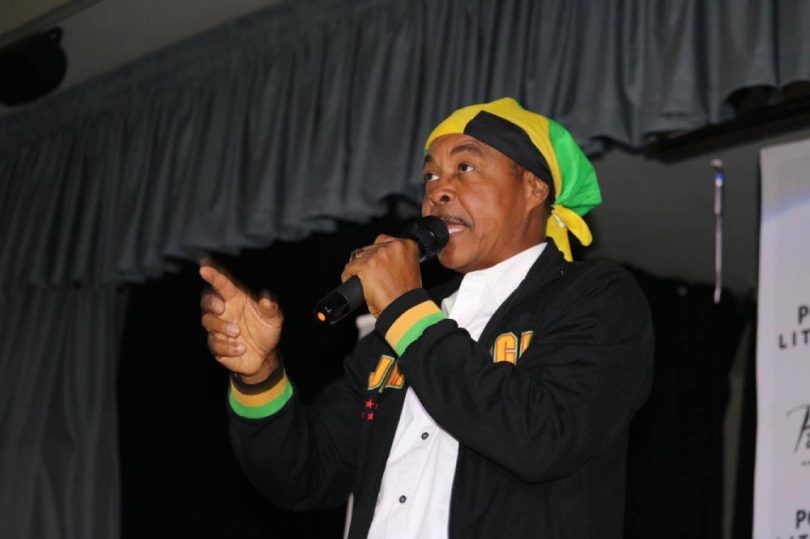 After a two-year pandemic delay, Judith Falloon-Reid is ready to embark on a tour of several cities with her Aaah-Inspiring Antarctica, A Jamaican on Ice Experience which opened to great acclaim at the National Library of Jamaica in March 2020. The Experience includes a photo exhibit, a film, readings from her two books and a talk about her experience as the first Jamaican woman to visit Antarctica. Partnering with her is Internationally acclaimed Dub Poet Malachi Smith who will be adding his own electrifying performances to the experience.

“Picking up where we left off after two years isn’t easy, but we’re up for the challenge,” says Judith. “I had a good chance to refresh my presentation last year when the exhibit was hosted at Island Space Caribbean Museum in Plantation, in the hopes that the pandemic was nearing an end.” The pandemic wasn’t over, and the exhibit went back into storage until now. 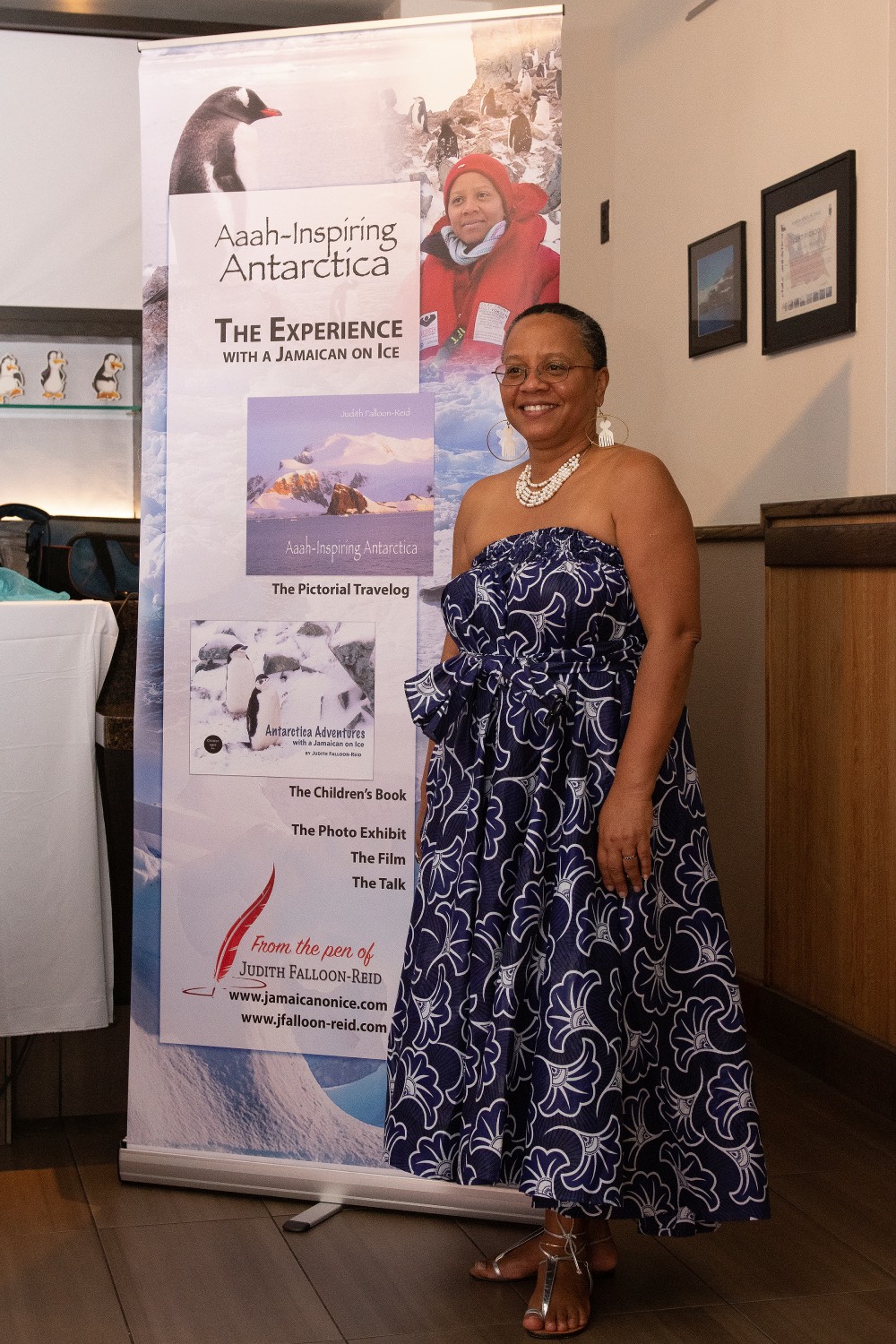 The tour has scheduled stops in Los Angeles at the Caricon International Caribbean Literary Conference, where the exhibit and experience will be hosted at Malik Books, the leading African American bookstore in the city. From there it goes to Houston to be hosted by the Jamaica Foundation of Houston. In August, the exhibit goes back to South Florida where it will be on display at the Broward West Regional Library as a part of the celebrations of Jamaica’s 60th Anniversary. Exhibits in Atlanta and South Carolina are still in planning stages for later this year and plans are underway for additional cities in 2023.

“Aaah-Inspiring Antarctica is much more than an exhibit,” says Judith. “It is an experience that draws you into a different World. It’s educational, entertaining, and fun!” The film showcases footage of the scenery and wildlife she recorded while in Antarctica but more importantly, highlights the environmental impact of the region on everyday life. “Having Malachi Smith join me on the tour is very exciting, because we work so well together, and we each bring something different to the Experience.” 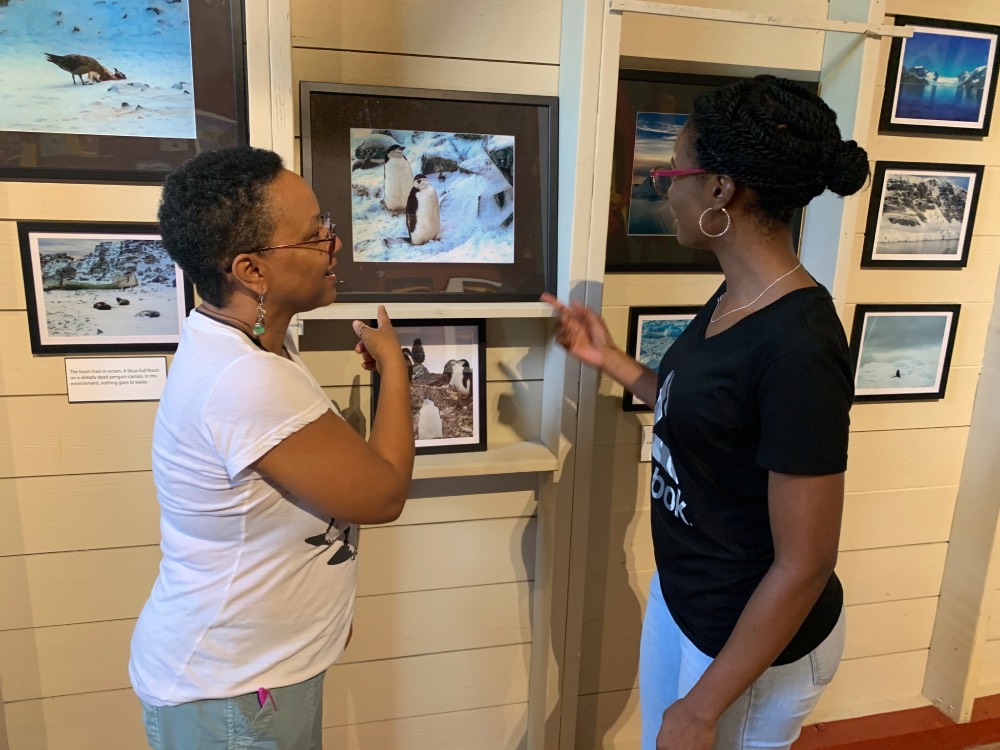 Malachi Smith is internationally known as a dynamic dub poet, who was one of the early pioneers of dub poetry and who has traveled the world teaching and sharing the art form. “It was a natural fit,” says Malachi. “Judith is an accomplished author, filmmaker, and poet. We have worked and traveled together on several occasions including the Jamaican Poets School Tour, and along with her husband, Michael Brown, we make a great team. The audiences are in for a treat.”