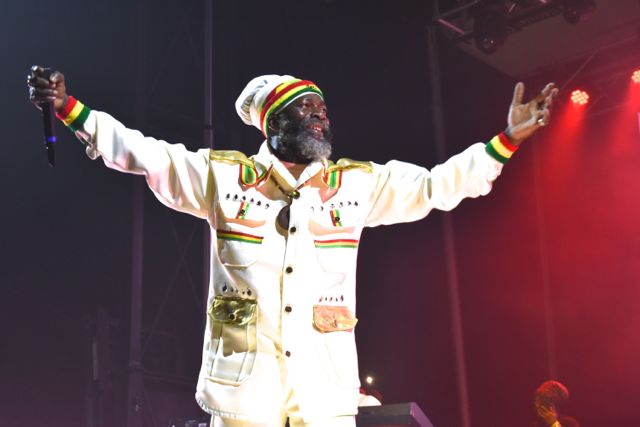 The 2019 edition of Nine Mile Music Festival returned to Miami’s Virginia Key Beach Park with a smorgasbord of reggae music sounds and entertainment after a two year hiatus.  Founded in 1993 under the name Bob Marley Festival by Cedella Booker, mother of the regga icon, the event is known nowadays as Nine Mile Music Festival—even though its name was changed a few times over the past two decades.  Nonetheless, one thing about the festival that has not changed is its endearing commitment of carrying on the, music, life and philosophy of world-acclaimed musical legend, Bob Marley.   And this year’s edition, surely returned stronger and livelier than ever.  That is, the line-up of artists was quite impressive in that it featured Julian Marley, Yohan Marley, Everton Blender, American Rapper Nas, Dancehall Emperor Shabba Ranks, Sizzla, Busy Signal, Capleton, Spice, and Japan’s Mighty Crown.  Barrington Levy was also billed for the show, but could not make it for unknown reasons. 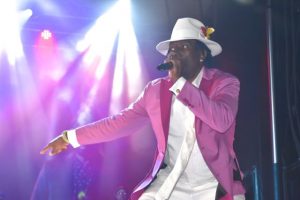 As the Saturday afternoon sun beamed down on the large audience that had gathered, Everton Blender took to the stage wearing a white robe with a staff in hand.  Blender meandered from side to side while delivering a few of his most notable hits including, ‘Ghetto People Song’, ‘Lift Up Your Head’, and ‘Blend Dem’.   Bob Marley’s son, Julian ‘JuJu’ Marley, also gave a passionate performance and throughout it the ethos of Marley echoed all over the venue as JuJu was clad in a jeans outfit from head to toe and put down some authentic skanking dance moves as his father was known to do while performing.  Yohan Marley, Bob’s grandson, also performed well in delivering a sizzling set. 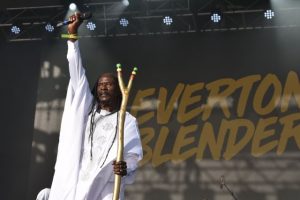 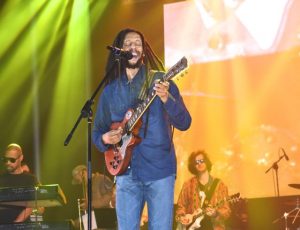 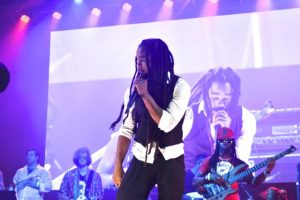 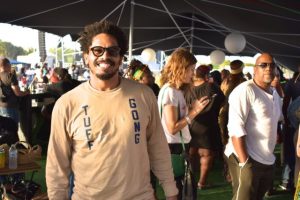 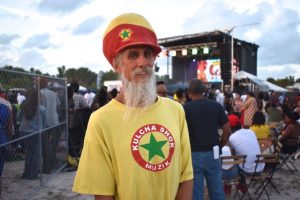 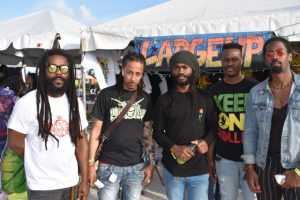 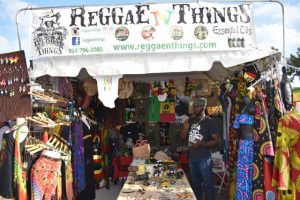 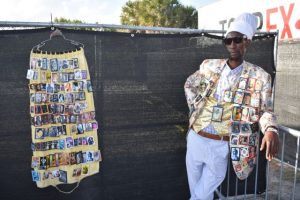 Capleton, who oftentimes is referred to as ‘King Shango’, was a ball of energy as usual as he hopped and vaulted himself into the air while belting out  tunes, such as ‘That Day Will Come’, ‘Slew Dem’, and ‘Critics’.   Busy Signal, dressed in a black trench coat and white jeans pants, did not disappoint as he stoked the crowd’s excitement with his groovy smash hit—‘One More Night’.   All the while, Japan’s Mighty Crown sound system kept the vibes lively in their performance segment as well as during band changes and intermissions.  Hailing from Yokohama, Japan, Mighty Crown is comprised of four members including co-founders and brothers Masta Simon and Sami T, along with Ninja and Cojie.  Since forming, the sound system has established itself as a formidable foe where the sound clash and juggling arenas across the world are concerned.  In fact, Mighty Crown walked away with the World Clash Trophy in hand after defeating top Jamaican sound systems on their home soil at Reggae Sumfest 2018 in Montego Bay.   As such, it goes without saying that Nine Mile Music Festival’s attendees were provided a high level of reggae and dancehall music entertainment and theatrics courtesy of Mighty Crown.   Spice and her dancers were as colorfully dressed and energetic as ever as the Queen of the Dancehall doled out several hits, including ‘Gum’, ‘So Mi Like It’, and ‘Romping Shop’ (a song she recorded alongside Vybz Kartel in 2009). 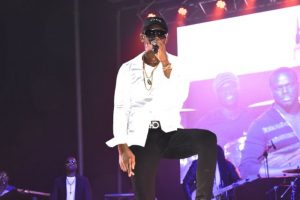 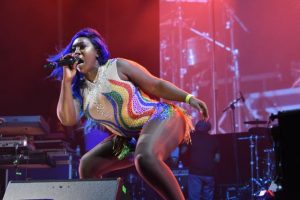 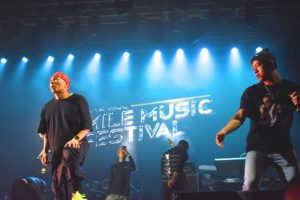 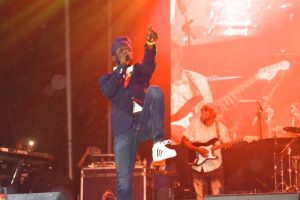 After much anticipation and excitement build-up, the Dancehall Emperor, Shabba Ranks, showed no rust and proved to be a force of nature when it came to his prolific command of voicing his lyrics over the microphone.  Upon entering the stage, he bellowed out in his deep, gravelly voice, “A me man!…Big Bad Dutty Stinkin’ Shabba!” He then launched off a slew of hits to the amazement of the audience.   In particular, ‘Twice My Age’, ‘Housecall’ (a 1991 collaboration with Maxi Priest), ‘Telephone Love’, ‘Ting-A-Ling’, ‘Mr. Lover Man’, ‘Caan Dun’ and ‘Trailer Load of Girls’.   As the time then reached, 1 am or so the rains came.  Sizzla Kalonji battled through the precipitation and belted out a number of his hits as well, such as ‘Just One of Those Days’, ‘Love is Devine’, ‘Give Me a Try’, and ‘Good Ways’.  And as a nightcap, rappers Nas and Diddy closed the 2019 edition of Nine Mile Music Festival with a bag of their old-school and classic hip-hop hits.  This year’s festival was the 25th celebration since its creation.  And as with every year, food donations in the form of 4 canned goods was required as part of admission through the festival gates.  All food collected goes to the Miami food banks and shelters.