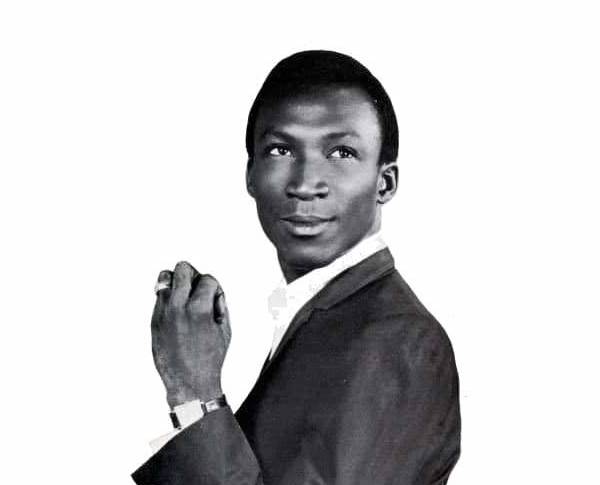 Alton Nehemiah Ellis is generally regarded as one of the best vocalist and perhaps the greatest and most soulful singer ever produced by Jamaica. There, he was regarded by many as the Godfather of Rock Steady. He was born in Kingston, Jamaica on September 1, 1938 and grew up in Trench Town as part of a family that had strong musical inclinations and learned to play the piano at a young age. He attended Ebeneezer and Boys’ Town schools, where he excelled in both music and sport.

While at Boys’ Town Ellis performed as a dancer (in a duo) in one of the vaunted Vere Johns arranged talent shows held at his school. He would later compete on Vere Johns’ Opportunity Hour. After winning some competitions, he switched to singing, starting his career in 1959 as part of the duo Alton & Eddy with Eddy Perkins. The two recorded for Clement Dodd in the formative years of Studio One, initially in the R&B style, having a hit in 1960 with the Muriel, a song recorded at Federal Records as part of Dodds first commercial recording effort. This initial success was followed by the release of another slow R&B ballad My Heaven with the instrumental triplets and vocal harmonizing common to the ballads of that period. Further releases in the R&B style followed including “Lullabye Angel” and “My Love Devine” and recorded a few R&B tracks including “Let Me Dream” for Vincent Chin’s Randys Records.

Eddie Perkins after winning a major talent contest moved to the United States thereby ending the duo. Ellis remained in Kingston where he worked for a time as a printer and after losing his job, restarted his music career forming a new duo with John Holt. When Holt joined The Paragons, Ellis formed a new group Alton and The Flames, putting out “Blessings of Love”, “The Preacher” and a re-cut of the Gene Chandler classic “Duke of Earl.”
Ellis continued to work for Dodd and also recorded for his arch-rival, Duke Reid on his Treasure Isle label. At the start of his career Ellis recorded with his younger sister Hortense; early tracks with Hortense like “Don’t Gamble With Love” (1965) were still in the R&B style. By the mid-1960s though, the music had begun to change with the frenetic Ska beat slowing down to herald in Rock Steady and becoming associated with the violent rude boy subculture in Jamaican dancehalls. Many artists made records referring to the rude boys, including Ellis, although his records were consistently anti-rudie, including “Cry Tough” and “Dance Crasher.” He released records under the name Alton Ellis and The Flames (a varying line-up which included his brother Leslie Ellis, David “Baby G” Gordon and Winston Jarrett). The group had hits with “Girl I’ve Got A Date” and the afore-mentioned “Cry Tough.”

In 1967 Alton and the Flames released “Rock Steady” backed by Tommy McCook and the Supersonics, the first song to refer to the name of the new genre. The song heralded the new direction in which Jamaican popular music was heading. Ellis, continued to have hits for Treasure Isle; working with artists such as Lloyd Charmers, Phyllis Dillon and The Heptones. He toured the United Kingdom in 1967 with Ken Boothe and the Studio One session band the Soul Vendors, and on his return to Jamaica in 1968 he had resumed working for Studio One in addition to his output for Treasure Isle, making him one of the few singers to bridge the gap between the two archrivals.

Most of his biggest hits of the late ’60s came from Studio One, including the American soul cover “Willow Tree,” “I’m Just a Guy,” and “Sitting in the Park.” In 1970, he released the album “Sunday Coming,” one of his strongest Studio One sets.
During the late 1960s and early 1970s, Ellis recorded for some of Jamaica’s top producers including Bunny Lee, Keith Hudson, and Herman Chin Loy. He also began to produce his own records, including “My Time is the Right Time” and “The Message.” and recorded “Deliver Us” (1970) and “Back to Africa” (1971) with Lloyd “Matador” Daley

Ellis by this time was becoming disillusioned with the music business as he felt that he was not receiving the requisite financial compensation for his efforts. His growing disillusion resulted in him spending more time in England, working with several London-based producers and even spending a few years in Canada. In 1972 he based himself permanently in the UK. There, he established his own Alltone label, which he devoted to both new recordings and compilations of his early classics. The international popularity of Bob Marley and the rise of roots reggae meant that Alton’s ‘ considerable legacy was soon overshadowed, but over time, he remained a fondly remembered pioneer of Jamaican music. He made triumphant returns to Jamaica with well-received sets at the Reggae Sunsplash in 1983 and 1985, and recorded a new single, “Man From Studio One,” for Coxsone in 1991

Ellis continued to be active on the reggae scene until his health began to deteriorate. His latest works include performances all over Europe with a French backing-band called ASPO (About Some Precioux Oldies) at the beginning of the 21st century. He would go on to produce the only Live album of his career “Workin’ on a Groovy Thing” was recorded in Bordeaux, France in 2001..
In 2004, Alton Nehemiah Ellis was awarded the Order of Distinction by the Jamaican government in recognition of his achievements in the field of music and his contributions to its development in Jamaica.

In December 2007, he was admitted to hospital in London for treatment of Hodgkins disease, but he returned to live performance after receiving chemotherapy. He succumbed to cancer on 10 October 2008 at Hammersmith Hospital in London, England.