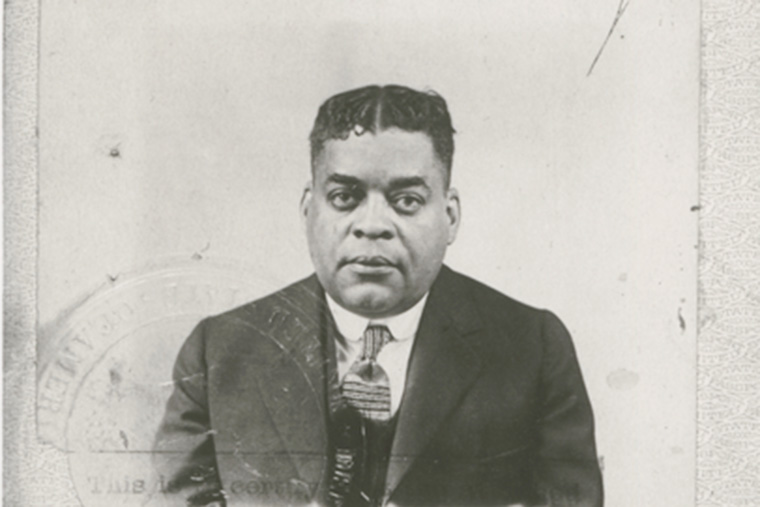 The historian, writer, and activist Arturo Schomburg was born in Puerto Rico in 1874 in the town of Santurce. His mother was Mary Joseph, a Black, freeborn midwife from St. Croix in the Danish West Indies. His father was the merchant Carlos Federico Schomburg, son of a German immigrant to Puerto Rico. When he was in grade school, Schomburg was told by a teacher that Black people had no history, no heroes, and no accomplishments. This inspired him to prove that teacher wrong and he decided to find and document all of the accomplishment of Africans in the continent of Africa and in the Diaspora. He learned commercial printing at the Instituto Popular in San Juan and then went to St. Thomas to St. Thomas College and studied Black literature. He moved to New York City in 1891 and settled in Harlem. He was dedicated to preserving Black culture and to the Cuban and Puerto Rican independence movements. Schomburg supported himself and his family by teaching Spanish, clerking and working as a messenger at a law firm, and working for the Bankers Trust Company. He became the company’s supervisor of the Caribbean and Latin American Mail section and remained in that role until 1929. At this time he also began the work of writing about African American and Caribbean history. He co-founded the Negro Society for Historical Research, and joined the American Negro Academy, the first major African American society designed to promote Black equality, refute racist scholarship, and public the history of Black life. He published the first significant bibliography of Black poetry in 1916. He was invited by the President of Fisk University to curate the Negro Collection in the library at Fisk, expanding the collection from 106 items to 4,600. Schomburg died in Brooklyn in 1938 following dental surgery. The US Postal Service featured Schomburg on one of the stamps in its Harlem Renaissance series in 2020.