Guess what Beyoncé and Jay-Z were spotted doing in Jamaica? - Jamaicans.com 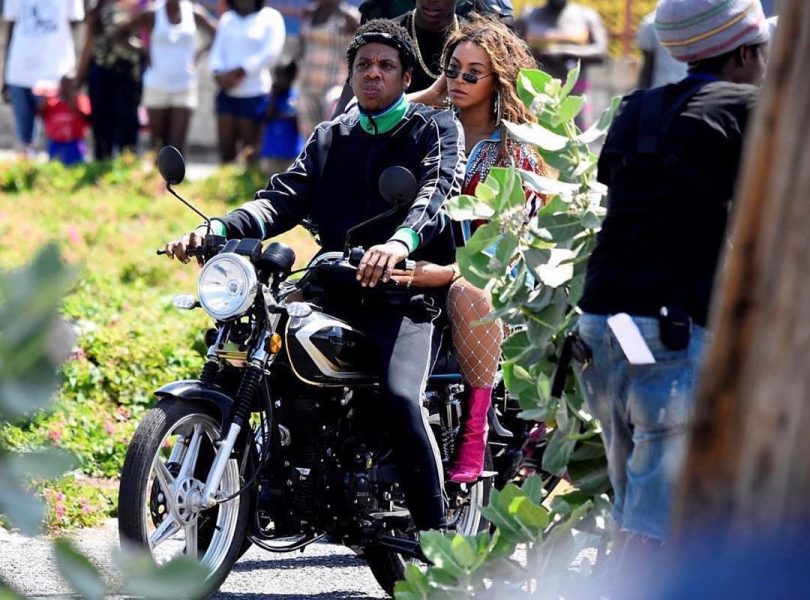 Superstar couple Beyoncé and JayZ were spotted in Jamaica just days after announcing their “On the Run II” tour. They made appearances in Kingston, and locals and photographers saw them in Trenchtown, Bob Marley’s home ground, riding on the back of a motorcycle. The couple was on the island shooting content for their pending joint venture. Beyoncé waved and blew kisses to her fans as she and JayZ enjoyed their Jamaican interlude. For the day of filming, Beyoncé wore an embroidered Gucci nylon track jacket costing $5,800, as well as pink ankle boots and custom Diamond Girl fishnet tights. JayZ wore a Puma tracksuit and shoes of the same brand. According to the Jamaica Observer, the couple brought their three children and a nanny with them and plan to spend time at a private residence during their time on the island. They will also film songs and videos while in Jamaica. The trip represented a quick turnaround for the pair who had attended the 2018 Wearable Art Gala in Los Angeles with their daughter just the day before arriving. Beyoncé and daughter Blue Ivy wore coordinated gold outfits at the event. After announcing some tour dates, Beyoncé and JayZ decided to add shows in Seattle, Amsterdam, Los Angeles, and other cities. The tour will begin in Cardiff, Wales, and extend through the start of October 2018.