Billboard Does Feature on the International Reggae Success of Chronixx - Jamaicans.com 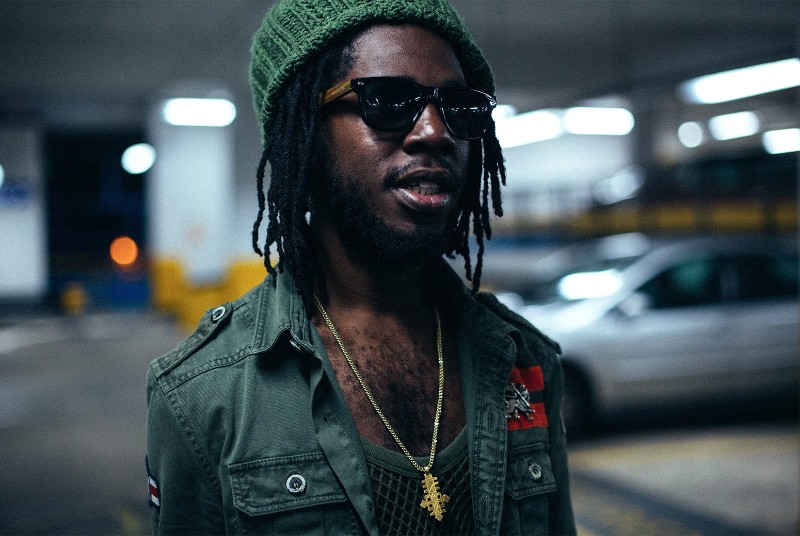 In a feature article, Billboard Magazine notes how the career of Jamaican reggae singer Chronixx surged during 2017. During the year, he and his band, Zinc Fence Redemption, made a second appearance on “The Tonight Show with Jimmy Fallon in March, and Chronixx became the face of the Adidas Spezial Spring Summer ’17 collection, which is a clothing and sneaker line inspired by 1970s Jamaica. He made 44 appearances on tour through March and April in preparation for the release of his debut album “Chronology” in early June. Chronixx also performed for numerous sold-out crowds across the United States.

At the request of Bono, Chronixx performed at a concert to benefit the Music Cares charity of the Recording Academy in honor of Adam Clayton, the bassist for U2. The day after the release of “Chronology,” the singer was the headliner at the free “Celebrate Brooklyn” event, which drew 8,000 fans. In July, Chronixx went to Japan as the only reggae act at the 21st staging of the Fuji Rock Festival. Then he traveled to Europe on a month-long tour for WME, and on September 7, he was on the road again, opening for Lauryn Hill and Nas on the “Powernomica Tour” presented by Live Nation.

The article makes clear that Chronixx, 24, is in high demand around the world, gaining a strongly positive response to his sincere lyrics and “compelling” vocals. Billboard, describing his music as “an amalgam of roots reggae’s urgency and dancehall’s rapid-fire rhymes,” notes how the singer’s appeal resonates far from the shores of his Jamaican home. The magazine raises the question of how Chronixx has managed to surpass other Jamaican acts in global popularity in just five years after being recognized outside the Caribbean.

During the interview with Billboard, Chronixx explains his popularity in a typically self-effacing way and acknowledging those who came before him: “For many people, my music brings a positive element into their lives, That is where the love of it springs from, but for most reggae artists, what we receive as success is not necessarily ours, but the success of Jamaican music over an extended period. What we are experiencing now is the benefit of the hard work of Bob Marley and Burning Spear.”

Chronixx is the son of the dancehall singer Chronicle, who is featured on one of the tracks on “Chronology.” Born Jamar Rolands McNaughton in Spanish Town, Chronixx gained attention in Jamaica in 2012 with his dancehall-inspired hits like “Behind Curtain” and “Warrior,” released on Zinc Fence Records, a label his founded with producer Romaine “Teflon” Arnett and co-producer/engineer Ricardo “Shadyz” Lynch.

As far as his success, Chronixx continues to look toward the future, telling Billboard, “We are growing and even when we have passed and gone, the music will continue to grow. We live in the generation where we look for sales in the same month or year. But music has its time, and that time will come.”